Ahead of German Unity Day, Angela Merkel has called for greater compassion for the concerns of Germans living in the former East. The chancellor said the issue of migration, in particular, had split the country. 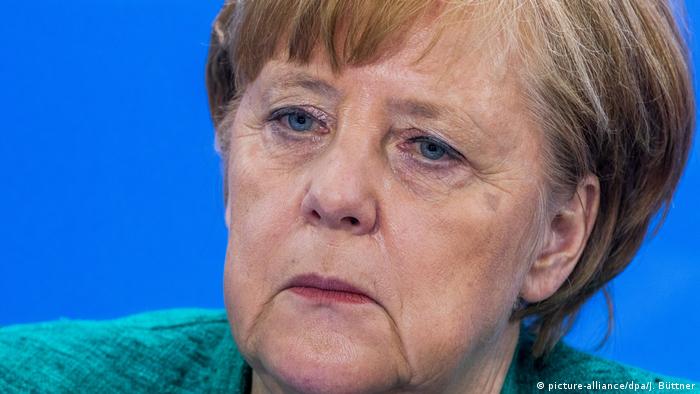 German Chancellor Angela Merkel told the Augsburger Allgemeine newspaper on Saturday that although German reunification was largely "a success story," many communities in the country's former communist east harbored resentment.

"Much of what happened in the early 90s is once again facing people (today)," Merkel said, referring to the period of upheaval that followed the reunification of East and West Germany on October 3, 1990.

Read more:The gap between east and west is narrowing, but not fast enough

"Many people lost their jobs, had to start over. The health system, the pension system — everything changed," she said. "On the day of the monetary union, 13 percent of the people in the East worked in agriculture. The day after that it was 1.5 percent."

"This is never a justification for hatred and violence," Merkel stressed. "But it is an explanation for why a life can take a different course."

Merkel said there had been a "certain amount of nervousness" in Germany since the 2017 federal election, which reduced her authority and saw the right-wing populist Alternative for Germany (AfD) emerge as the third-largest party. The chancellor said the challenge of migration, in particular, had opened up divisions in the country.

The recent violent protests that gripped the eastern city of Chemnitz following a fatal stabbing that was blamed on asylum-seekers served as an example of how damaging such divisions can be.

Merkel argued that was one reason to do everything one could to make the anti-migrant AfD "as small as possible."

"For me that means addressing and solving the problems people are worried about," she said, adding however that there was a need to draw clear boundaries "where there is hatred, where there are general suspicions, where minorities are marginalized."

nm/tj (Reuters, KNA, dpa)Each evening at 1830 UTC, DW's editors send out a selection of the day's hard news and quality feature journalism. You can sign up to receive it directly here.

Why is the eastern German state of Saxony so often associated with right-wing extremism? Henrik Böhme believes that while the rampant racism is inexcusable, the Saxons are widely misunderstood. (31.08.2018)

Three decades on from reunification, Germany is still a divided country in many ways. And the differences between the former East and West Germany are not just about the economy.