A police report about two men who escaped from a care home to attend a German metal festival made headlines around the world. However, new details from police paint a different picture of what happened. 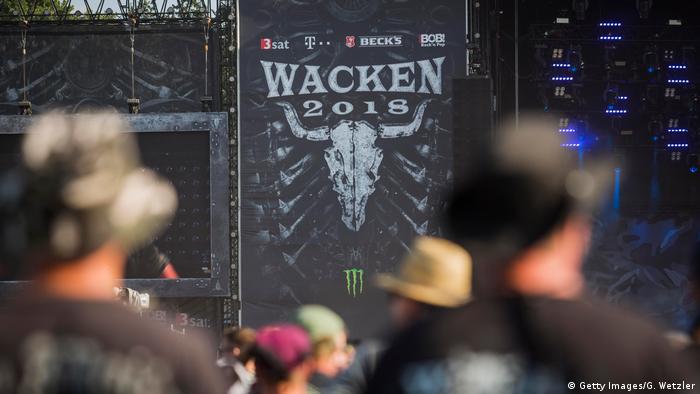 It was the story of the summer — two pensioners snuck out of a retirement home in northern Germany to attend Wacken Open Air, the world's biggest heavy metal festival, only to be later found by police and taken back.

The story originated from a media statement by Itzehoe police from August 4 and was reported on by DW and numerous other media outlets around the world.

Metal heads hailed the unidentified men as heroes on social media while others questioned why police would remove them from the festival in the first place if they were having a good time.

However, after extensive media scrutiny Itzehoe police have released a more accurate picture of what transpired. It turns out that the men never entered the festival and weren't even elderly, according to the new information.

Men were in 'helpless situation'

The men did, indeed, leave their care home and headed to the town of Wacken, which is located near the festival. However, the men did not have tickets for the festival and were not at any of the festival events, police said.

"They have mental health issues ... both went to Wacken [the town] to party and also consumed alcohol," Berndt told NDR, adding that the alcohol had contributed to their "helpless situation."

Their care home discovered that the two men were missing and alerted police, who found them at a bus stop on a main road in Wacken at 3:00 a.m. local time.

Authorities took the two men to get checked at a medical tent set up for the festival-goers. A few hours later, a taxi arrived to take them back to their care home.

After speaking with police, the men eventually "willingly" agreed to leave in the taxi, which was followed by a patrol car.

In the original statement released by police, they described the men as "elderly" and that they'd come from a "retirement home" and "obviously liked the metal festival."

DW contacted Itzehoe police when the report first emerged, but we were told on August 5 there was no further information to give.