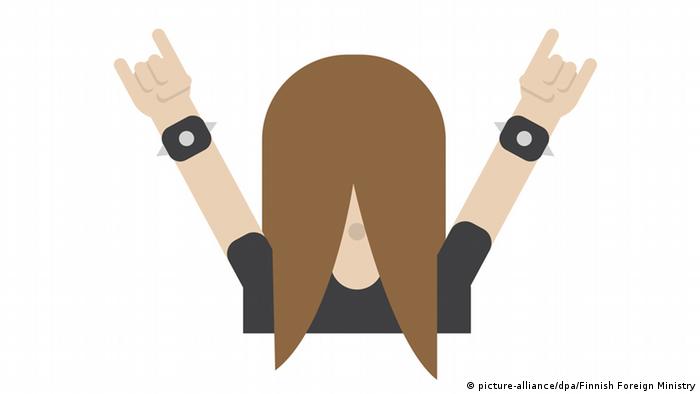 Oh, if only I were self-obsessed, I would regale you with tales of my misspent youth, headbanging to the rotten likes of Dumpy's Rusty Nuts and the Dogs D'Amour at London's Marquee club, The Cult at Wembley, or Faith No More, Fishbone, and Jane's Addiction at the Brixton Academy. And if I went that far, I'd have to declare the time a drunken sailor urinated on the back of my leg in the mosh pit as we waited for Nine Inch Nails or Soundgarden to take the stage.

But, alas, my editor would only cut it all out.

And you may not even know what headbanging is, or care.

So here's some background. As with a lot of rock music legend, the story of how headbanging began should be read with a sack of salt. But if this story is true, it's no wonder scientists say it's dangerous — and perhaps why you should take note if you intend to indulge at the Wacken Open Air festival this week near Hamburg, Germany.

Some say the first headbangers were spotted at Led Zeppelin concerts during their North American tour of 1968 to 1969. "The front rows of the audience were banging their heads on the stage in time to the music and the term 'head banger' was born," write the authors an oft-cited study published by the British Medical Journal in 2008.

It also suggests that in order to mitigate the potential dangers associated with headbanging — a "violent and rhythmic movement of the head" — bands like AC/DC should be encouraged to play the Audrey Hepburn classic Moon River instead of Highway to Hell. Try getting the devil to agree to that.

However, the study authors, Declan Patton and Andrew McIntosh, say they were able to pinpoint a few specifics about the headbangers' art. An average headbanging song apparently has a tempo of 146 beats per minute, and that is "predicted to cause mild head injury when the range of motion is greater than 75 degrees." And if you bang your head to faster songs and with greater ranges of motion, "there is a risk of neck injury." 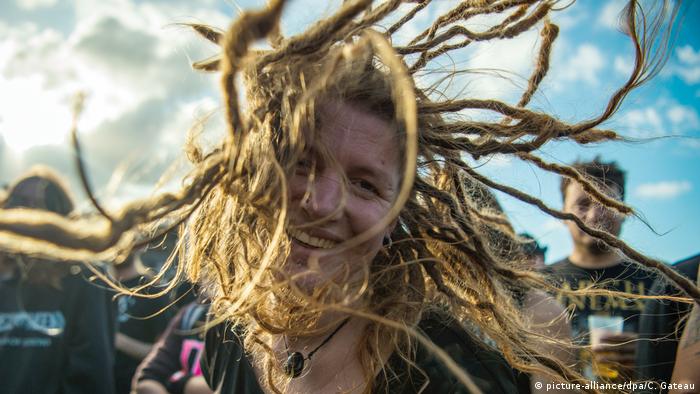 Dreaded locks: Can take out an eye in the mosh pit

The range of motion factor is interesting as various "methods" for headbanging have evolved since those early days. It's not always just a simple up-down-up motion. A lot depends on the length of your hair. Some headbangers like to twirl it around — a bit like a L'Oréal TV commercial but less sexy. Then there are those headbangers sporting dreadlocks. In my time, in the late 80s and early 90s, I'd get whipped in the face with dreadlocks from people in front. They, no doubt, got whiplash as a result — if the science is anything to go on, it's not uncommon.

Speaking of which, a few years after Patton and McIntosh published their study, McIntosh got embroiled in a controversy over allegations of incompetence at his then-academic home at the School of Risk and Safety Sciences at the University of New South Wales, Australia. Allegations went back and forth and, as I understand, the issue was never fully resolved, but perhaps just bear that in mind.

Other histories describe headbanging as "a progressive exaggeration of a few movements seen in earlier African American music styles of rock and blues." And it's probably true, since most white pop and rock music, starting with Elvis in the 1950s and on with The Beatles and Rolling Stones in the 60s, stole its chops from black music.

So by the time Black Sabbath came along, it would have been quite normal to see singer Ozzy Osbourne and bassist Geezer Butler bang their heads together, as they apparently did at a gig in Paris in 1970.

I had one or two of those moments in my own headbanging career. Sometimes I'd even get kicked in the head by a stage diver's trailing boot. But it was all just part of the madness for the teenage me.

The thing is, some people aren't so lucky.

A lot of the research in this area seems rather more anecdotal than scientific — including the Patton/McIntosh study above.

But even the musicians themselves complain of injuries. Jason Newstead, for instance, who played bass in Metallica for about 15 years, said he had to leave the band in 2001, in part, due to "the physical damage that I have done to myself over the years while playing the music that I love." 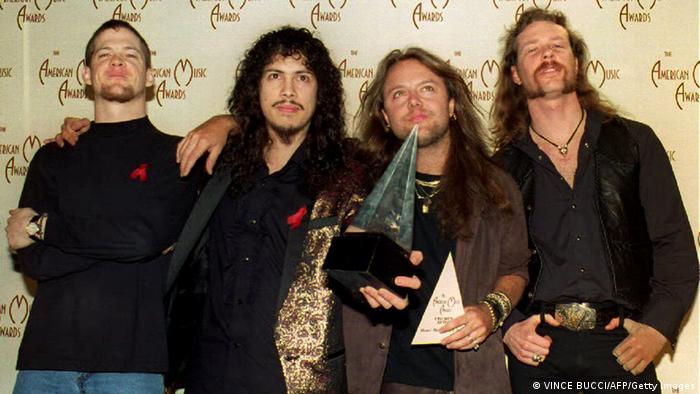 Jason Newstead (far left) with the rest of Metallica in 1993 ... before headbanging got the better of his body

Other reports said Newstead had sustained neck and back injuries from headbanging. But the boys in Metallica were suffering from a bout of "musical differences" around the time of the bassist's departure, so citing medical issues may have seemed more "metal."

Or is it more serious than that?

There have been other reports to indicate the potential risks for headbangers.

In 2005, for example, a guitarist in the American rock band Evanescence had a stroke and attributed it on headbanging. He has said that all the years of doing it had bruised the veins in his carotid artery. That caused a blood clot to form, and "that's what shot to my brain."

Tom Araya, the singer in another classic metal band, Slayer, has also suffered neck injuries due to headbanging. He can "no longer windmill, headbang or anything else that would cause strain to his neck," according to a report in Metal Injection.

Then, in 2014, a case study was published about a 50-year-old man who presented to the neurosurgical department at Hanover Medical School. He had been suffering with a two-week-long headache that was affecting his whole head. He had no history of head trauma but "reported headbanging at a Motörhead concert four weeks previously."

He was given a Cranial CT scan, and that revealed a blood clot. The doctors were able to remove the blood clot, and the man was discharged after eight days. 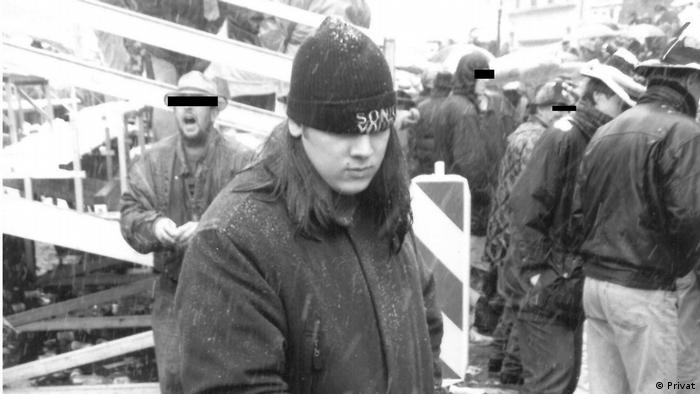 A portrait of the writer as a young headbanger

"We assume that headbanging," wrote the case study authors, "with its brisk forward and backward acceleration and deceleration forces," led to the man's condition.

They then concluded: "This case serves as evidence in support of Motörhead's reputation as one of the most hardcore rock'n'roll acts on earth, if nothing else because of their contagious speed drive and the hazardous potential for headbanging fans to suffer brain injury."

Whatever you do, though, do be careful.

A previous version of this article contained superfluous anecdotes. It has been redacted.

It may sound like something out of Frankenstein, but it’s a milestone in the field of brain surgery. By implanting micro-electrodes in the brain, doctors can prevent the trembling that accompanies Parkinson’s disease. (15.04.2018)

As the winners of Sweden's prestigious Polar Music Prize, US heavy metal band Metallica and an Afghan music institute are set to be honored by the Swedish royal family on Thursday. (14.06.2018)