Meet the 'zombie frog,' a new species found in the Amazon

The spooky-looking amphibian is less scary than it appears to be. But it might already be endangered, as deforestation rates continue to go up. 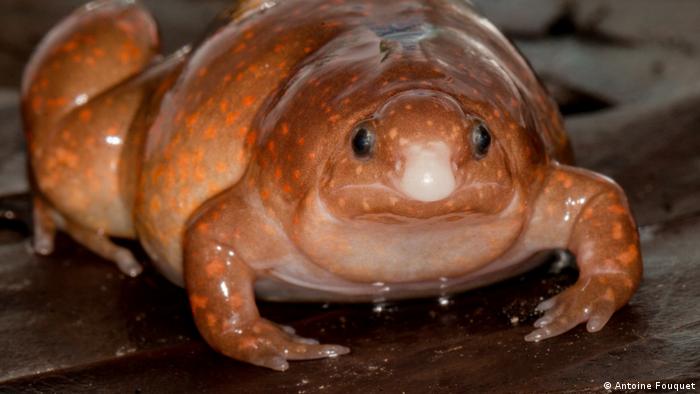 Everything is dark. There's no one around. The raindrops fall heavily. Suddenly, the call ― it's time to dig. The man digs with his bare hands until he is covered in mud. But he keeps going. His goal is to find the enigmatic creature making that unique call ― a sound that has never been heard before.

At first sight, this scene could be part of a horror or a thriller movie. But it has nothing to do with the zombie apocalypse. This is how German herpetologist (an expert on amphibians and reptiles) Raffael Ernst described his experience trying to identify frogs in the Amazon. And the effort paid off.

Ernst was part of the discovery of a new species, which has been dubbed the "zombie frog." Although its orange-spotted appearance is indeed quite peculiar, the 40-millimeter (1.5 inches) amphibian is no undead monster.

"Actually, we chose this name because the researchers are the ones that look like zombies when they dig out the frogs from the ground," recounts Ernst. The animals are usually active at night and make species-specific sounds. 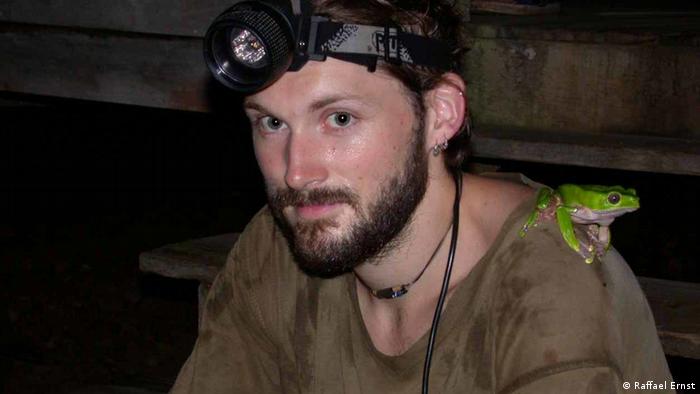 "So once you hear a new call, you can be pretty sure that you actually have new species," he says. "And then you have to dig them up and you're muddy all over, because they are hidden underground, and they usually come out only when it's raining."

Ernst spent two years in the Amazon rainforest in Guyana, South America, mostly alone, doing field work for his PhD studies. His original goal was to investigate the impacts of human-caused loss of biodiversity by looking at amphibians as an example. That was when he found the frog. He describes the moment as "a mixture of knowing what to do, where to look, and a lot of luck."

Since then, Ernst has joined efforts with a group of international researchers to find out more about the animal. They ended up describing three different species, all from the same genus, called Synapturanus. The amphibians were identified across the so-called Guiana Shield, which encompasses tropical rainforest areas across Guyana, French Guiana and Brazil. Little is known about the frogs since they are found in such remote places.

"It's not so easy to find them or actually collect them because they have really short activity times," Ernst explains. Based on their research, the scientists estimate that there may be six times more species belonging to the same genus, which have not yet been spotted.

Ernst's passion for amphibians and reptiles goes way back. "I got my first snake when I was seven or so," he says. For someone so emotionally connected to the profession, it was naturally exciting to discover a new frog. However, he clarifies that in the case of amphibians, it is not uncommon to come across new species: "The amount of newly discovered species is pretty big for vertebrates, and most of the people who do fieldwork will eventually probably come across new taxa."

But the discovery brings mixed emotions, since amphibians are among the most endangered vertebrate groups. "Whenever we discover new species, we always have in mind that we are losing species at the same time, probably more than we discover, and before we even have the chance to describe them," Ernst says.

It is in fact possible that the zombie frog is endangered, even though it was just recently discovered. 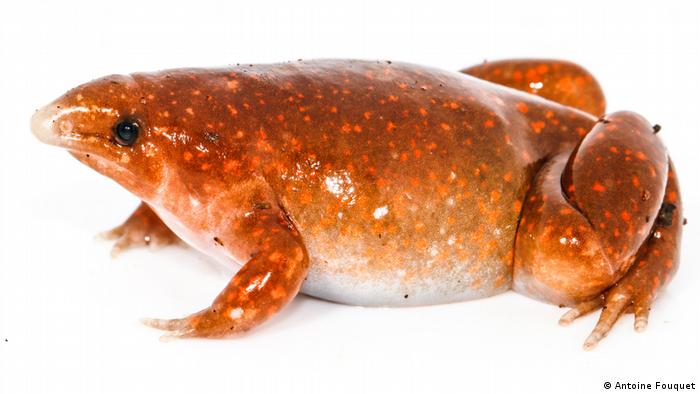 Amphibians such as the zombie frog are among the most endangered animals in the world, even in pristine environments such as the Guiana Shield in the Amazon

'The threats are multiple'

The Amazon rainforest is the world's biggest biodiversity hot spot, especially for amphibians. Most amphibian species known in the world come from the region, which is home to more than a thousand types of frogs. Because they breathe through their skin, amphibians are highly sensitive to water quality and environmental degradation, including toxic chemicals, habitat destruction, pollution, and diseases, to name a few examples. The so-called global amphibian decline, a term used by experts to designate systematic decreases in amphibian populations, indicates that around 70% of amphibian species are threatened with extinction. This phenomenon is a warning that ecosystems, even remote ones, may be out of balance.

In the case of the Amazon, Ernst affirms that there is increasing pressure, caused by numerous human activities ― most of them illegal ― such as mining, timber extraction, logging, poaching and large-scale infrastructure projects, particularly in northern Brazil. "The threats are multiple and on top of that, we have climate change problems as well," he says. 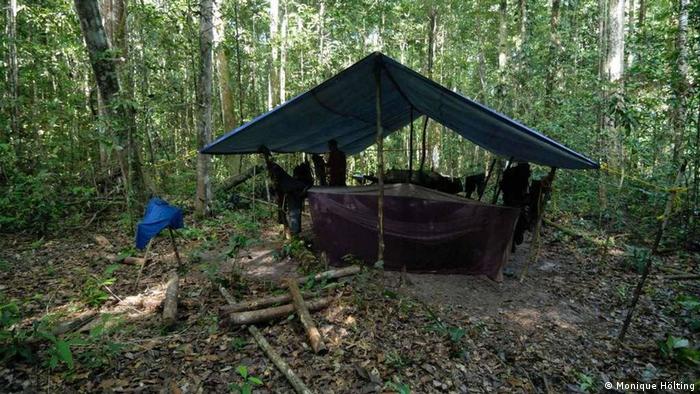 Humble lodgings in the Iwokrama forest in the Guiana Shield, where the researchers spent about two weeks doing field work

The Amazon's dry season, which runs from May to September, is the time of the year when deforestation peaks. Fires spread easily, as forest areas succumb to illegal activities such as logging, land-grabbing and land clearing ― mostly to turn the jungle into cattle pastures for agrobusiness.

According to Brazil's national space research institute (INPE), May 2021 was the third consecutive month to break deforestation records: 1,180 square kilometers (455 square miles) were lost in May alone (40% more than over the same period in 2020). And the trend looks worrying for the months to come.

"We are losing biodiversity at an unprecedented rate, and the current administration in Brazil has unfortunately been a disaster for that," says Ernst. 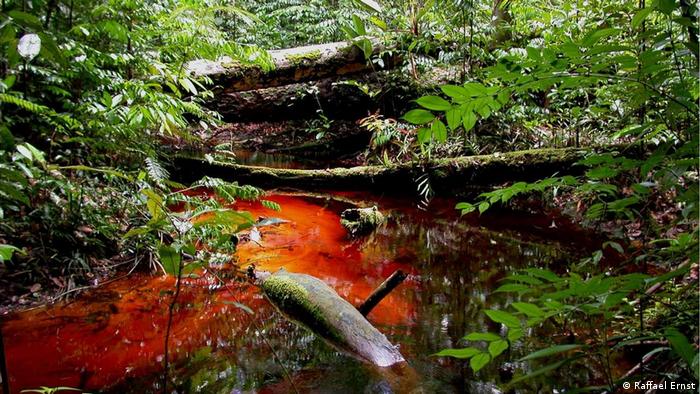 Environmentalists from Brazil ― the country that is home to more than two-thirds of the Amazon rainforest ― continuously denounce the purposeful weakening of official environmental protection agencies and enforcement rules under the Bolsonaro administration. Brazil's former environment minister Ricardo Salles quit in June 2021 amid a criminal investigation of his involvement in an illegal logging scheme in the Amazon.

Environmental destruction affects all aspects of life in the Amazon, including amphibians and possibly the zombie frog. Should its habitat conditions be altered, the species ― despite its name ― will not come back from the dead.

In one of the world’s most biodiverse countries, thousands of animals fall victim to poaching each year. Could captive breeding projects help save some from extinction?