The disease caused by the chytrid fungus has also led to massive population declines in more than 500 amphibian species. Researchers say one piece of evidence sheds light on where it originated from. 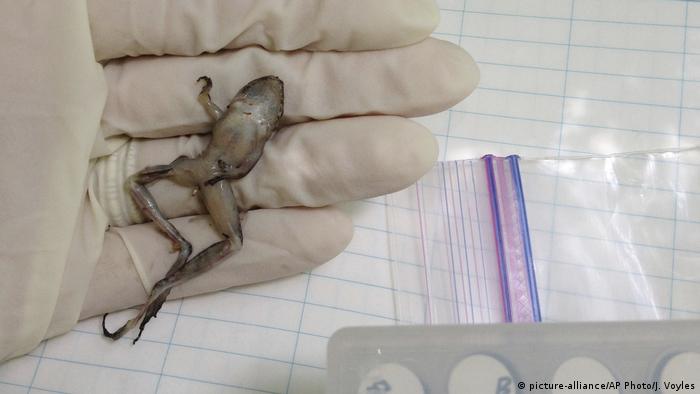 A skin-eating fungal disease that is believed to have originated in Asia has led to the extinction of 90 amphibian species around the world in the past 50 years, a study has found.

Chytridiomycosis also caused significant declines in more than 500 amphibian species, with most of the declines in Australia and Central and South America, according to the study led by the Australian National University.

The disease kills amphibian species such as frogs, toads and salamanders by eating their skin, which is vitally important for their ability to breathe.

It has spread to more than 60 countries, with Australia losing seven frog species alone in the past 30 years.

The authors said the chytrid fungus species that cause the disease most likely originated in Asia, where many amphibian species have not declined despite the fungus' presence.

The study blamed globalization and the wildlife trade for the spread of the fungi.

"Effective biosecurity and an immediate reduction in wildlife trade are urgently needed to reduce the risk of pathogen spread," it said.

Read more: What's the difference between lizard and salamander?