World premiere in New York, film festivals around the world, limited release in movie theaters in the US and a Netflix debut in late November: Scorsese's film starring Robert De Niro and Al Pacino is a media event. 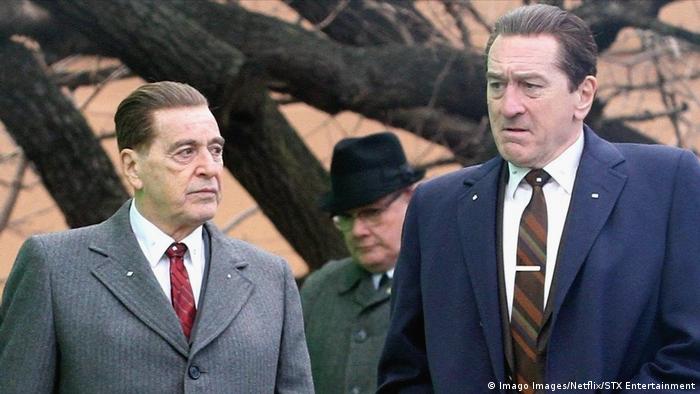 Legendary director Martin Scorsese has made another brutal mafia film with Robert de Niro and Joe Pesci, the stars of his 1995 crime classic, Casino. Throw in Godfather star Al Pacino and Harvey Keitel — a veteran alongside De Niro in seminal Scorcese films like Mean Streets (1973) and Taxi Driver (1976) — into the mix, and the director's latest film, The Irishman, arguably boasts one of the greatest ensemble crime casts of all time.

New York-set mafia films have long been Scorcese's speciality. Works like Goodfellas (1990), The Departed (2006), and of course Casino, helped to redefine the crime film genre. His new film The Irishman lives up to the hype promised in the build-up to its premiere at the New York Film Festival on September 27 before it debuts on Netflix.

In The Irishman, Scorsese tells the life story of legendary hitman for the Bufalino crime family, Frank "The Irishman" Sheeran (played by De Niro), and based the film on Charles Brandt's 2004 Sheeran memoir.

The ninth collaboration between Scorsese and De Niro, this dream team from the golden age of the New Hollywood in the 1970s have not worked together since Casino nearly 25 years ago. Meanwhile, Joe Pesci, who plays crime boss Russell Bufalino, came out of a 20-year retirement to work on the film with his storied collaborators. 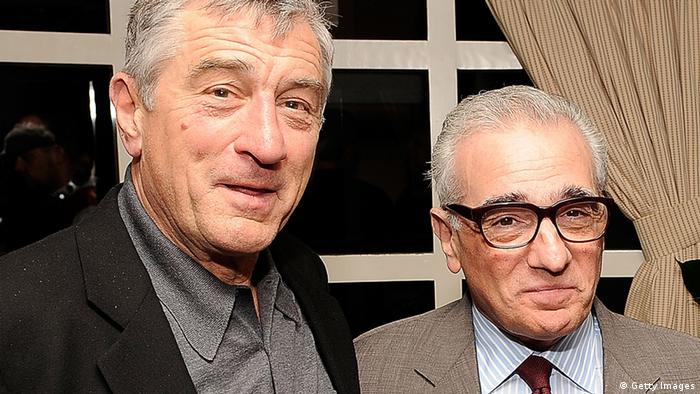 After he was deployed in Europe during the Second World War, Frank Sheeran worked various jobs before getting involved with the mob and becoming an unscrupulous assassin for the Sicilian mafia.

The hitman is said is said to have participated in the 1975 murder of powerful US labor boss Jimmy Hoffa (Al Pacino). Hoffa's murder has never been solved, in particular because the corrupt, mafia-connected union boss' body was never found — he was only declared dead seven years after disappearing in 1975.

The film focuses on Hoffa's alleged murder at the hands of Sheeran. In long flashbacks, Scorsese shines a light on the life of a mob hitman, which means his actors had to go through a decades-long aging process that no doubt sucked much from the film's massive budget.

"The Irishman" is probably the most expensive film Scorsese ever made. The producer and the studio, Paramount, turned their backs on the project and Netflix somewhat controversially came on board as producer.

Many Scorsese fans and cinema lovers were irritated that a film that cost $200 million (€183 million) to produce, and was made by a director who has been a staunch advocate of film on the big screen, would only be available via streaming on small screens. 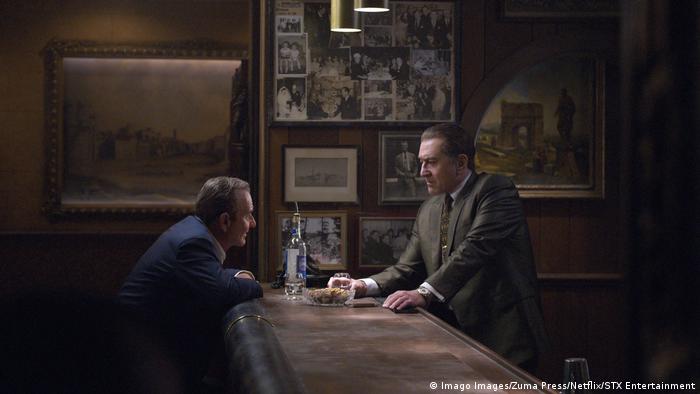 In 2018, Netflix landed a coup with Mexican director Alfonso Cuaron's Roma, another film that changed hands during production. In order to have a chance at winning an Oscar, a film has to run in Los Angeles for at least a week, so Roma actually had a short cinema run. It was a good strategy, with the acclaimed film picking up several Oscars, including best film.

Will Netflix get as lucky with The Irishman? After the world premiere at the New York Film Festival on September 27, the film is scheduled to show at festivals in the US, Europe and Asia.

In the US, some movie theaters plan to show the film beginning November 1, and Britain follows suit a week later — giving The Irishman a chance at Oscar glory. On Netflix, the much-anticipated film starts streaming on November 27.

Award-winning actor De Niro denounced US President Donald Trump with expletives during the live television broadcast of the Tony Awards Sunday evening. The speech won him a standing ovation. (11.06.2018)

The Oscar nominations were announced today in Hollywood, with blockbusters like "A Star Is Born" and "Black Panther" up for a swag of major awards. But "Roma" and "The Favourite" topped the nominations with 10 each. (22.01.2019)