The American filmmaker has been one of the most influential directors for over half a century, delivering some of film's greatest masterpieces. His next movie is due out in 2019. DW takes a look back at his career.

Many film directors manage to create incredible movies with iconic images that enter popular culture and remain in our collective consciousness. But what sets the best directors in the world apart from the rest? How does an outstanding filmmaker leave his mark on Hollywood history?

American director Martin Scorsese must know the right recipe for such success — he is considered one of the most important directors of all time. Despite turning 75 he continues to work tirelessly on new projects.

Here are five reasons why Scorsese is one of the most important people in film history.

As opposed to other many other American directors, who know how to make entertaining films that are sometimes also interesting and spectacular, Scorsese really seems to care for his films' stories themselves. He appreciates detail, which probably has a lot to do with his background: born in 1942 to an Italian-American family in New York, Scorsese draws inspiration for stories from his cultural and ethnic roots, with many relating to his religious upbringing. The quest for the meaning of life is one of subjects that he likes to focus on — especially in his movies dealing with religious ideas.

Scorsese pays attention to issues at the heart of the contemporary history in the United States, such as social discrepancies, crime and violence. These are reoccurring themes in his movies, many of which deal with activities relating to the mob in the US during the 20th century. But he has other interests as well; Scorsese is both a film history and music buff. These "hobbies" of his also play major roles in his narratives, especially in his documentaries.

Through the director's manifestation of his diverse interests in his film, Scorsese's audiences are always aware of his deep desire to share authentic stories.

2. Martin Scorsese is a master at his craft

It is one thing to tell interesting stories in movies. But it is another altogether to explore the best ways to tell them. This is where Scorsese proves that he is a true master of his craft, possessing the rare talent of always being able to find the best way to employ his cinematic skills in the service of sharing compelling stories. His narratives are always convincing and impressive. His mob movies manage to leave viewers in utter shock, his music films get people dancing in the aisles, his comedies liven up our days, and his religious movies open the door to deep reflection. 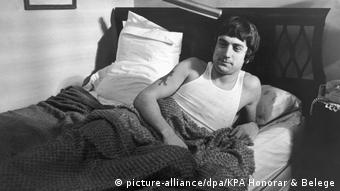 And he knows how to delegate responsibility to others while directing his latest blockbuster. He allows his actors to explore the characters they play on their own terms while knowing how to get the performances out of them that he needs.

Robert De Niro and Leonardo DiCaprio are among those actors who have flourished in his films, delivering legendary performances.

But Scorsese also draws the best work out of his editors, composers and cameramen. Thelma Schoonmaker has been his go-to editor since "Raging Bull," and Scorsese also worked with the late German cameraman Michael Ballhaus for many years, developing a fruitful artistic partnership.

Scorsese knows that he cannot possibly be on top of all things at all times, which allows for those involved in his productions to fulfill their own creative potential, resulting in many sophisticated and perfect movies.

3. Martin Scorsese has a wide range of interests

Scorsese does not want to be pigeonholed. During the early days of his career in the mid-1970s, he established himself as a chronicler of American violence, with such major successes like "Mean Streets" and "Taxi Driver." He then surprised his audiences with the musical film "New York, New York" in 1977 before moving on to light comedy with "The King of Comedy" and "After Hours" in the 1980s. 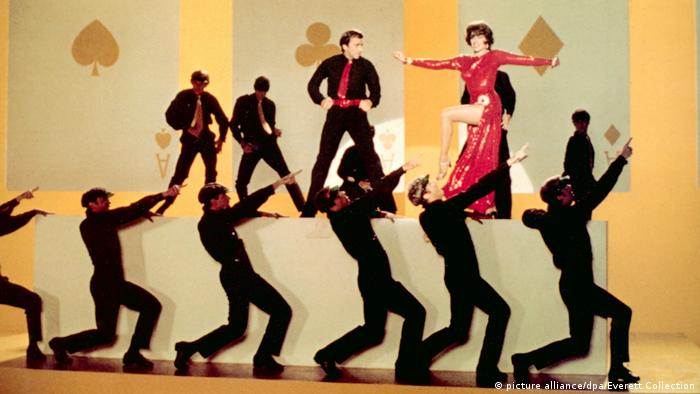 With "The Last Temptation of Christ" in 1988, Scorsese managed to amaze audiences and critics alike. More recently, in 2016, another Christianity-themed Scorsese film, "Silence," also received rave reviews. It may seem surprising to some that the director turned toward movies inspired by religion, but it is just another example of his personal interests: when he was little, Scorsese wanted to become a priest.

In addition to 25 feature films, Scorsese has also repeatedly worked on documentaries, many of which reflect his passion for music. In 1978, he filmed "The Last Waltz," which highlights the final concert of the Canadian-American music group "The Band" that for many years accompanied American singer-songwriter Bob Dylan. Later, Scorsese directed documentaries about Dylan himself, the Rolling Stones and ex-Beatle George Harrison.

Not only is Scorsese an expert in American movies, he also knows European film and Asian cinema well, but he doesn't flaunt his extensive insights in his own movies. There is nothing wrong with knowing the rich tradition of your own medium well when you are a film director, but while other film-savvy filmmakers get lost in their heaps of references to previous works and other directors, Scorsese sticks to his own style and avoids comparing his works to those of others.

Rather than show off his knowledge, Scorsese prefers to share it. His two extensive documentaries about the history of cinema ("A Personal Journey with Martin Scorsese Through American Movies" in 1995 and "My Voyage to Italy" in 1999) are prime examples of his modest approach in presenting his appreciation for film, which combines his expertise with his love for the medium. Scorsese is all smiles after a day of filming. He loves the film industry, but doesn't needlessly flaunt his knowledge of it

While other directors retire long before reaching their 70s, Scorsese continues to soldier on. Having showed his workaholic tendencies throughout his life it might not even come as a surprise that he's still making films at 75. With 25 movies, nine documentaries, several TV productions and short films under his belt, he continues to build on a sizeable body of work.

In addition to directing films, Scorsese is also highly dedicated to preserving them. He realized early on that analogue film was subject to decay over time, so he launched various initiatives for film preservation. In 1980, Scorsese established The Film Foundation alongside two other directors, and in 2007 he opened the World Cinema Foundation. The two institutions focus on restoring old movies and discovering previously unknown material.

The next Scorsese film, another mob movie, is also already underway. For "The Irishman," the director has partnered up with Robert De Niro and Al Pacino. The film, a Netflix release, was originally expected to hit theaters in 2019 — though Netflix may decide to only offer it on the streaming service.

For many critics, Martin Scorsese ranks as one of the most important US film directors of the last half-century. The native New Yorker has shaped American cinema like no other. At 75, he shows no sign of slowing down. (17.11.2017)