The world's first retrospective on the work of the Oscar-winning director has just opened - in Berlin of all places. Scorcese is accredited with countless blockbusters, but also with technical improvements to film. 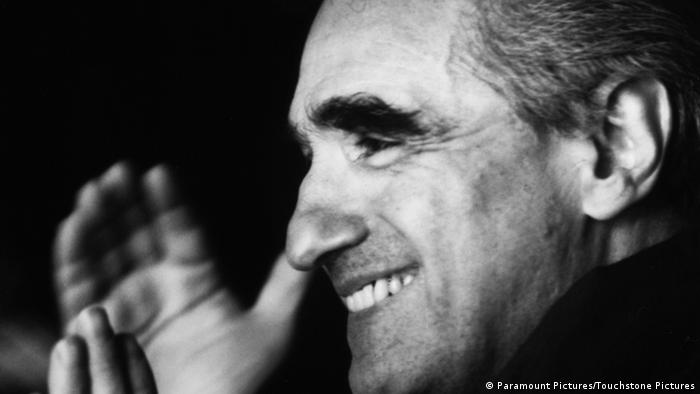 Martin Scorsese didn't make it to the opening of his own exhibition in Berlin. Instead, the Oscar-winning director was in New York cutting his hotly anticipated new film "The Wolf of Wall Street."

But he's very much here in spirit at the German Museum for Film and Television on Potsdamer Platz - and not just because of the almost 600 exhibits, including photographs, storyboards, letters and furniture on loan from his private archive.

"Many things that you can see in the exhibition hung on the walls in my office and in my apartment," Scorsese explains with a wink of an eye in a video message broadcast at the exhibition opening.

The German Museum for Film and Television is home to the archives of film icons like Friedrich Wilhelm Murnau, Fritz Lang and Marlene Dietrich. It's an honor for him to have such personal memories from his collection on show in Berlin, Scorsese says. 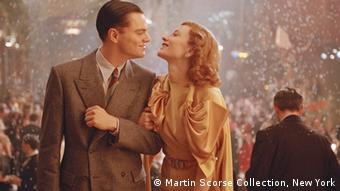 Leonardo Dicaprio and Cate Blanchett in Scorsese's "The Aviator"

For the love of film

"Many colleagues in the US are perplexed as to why Scorsese has opened his private archive for the film museum in Berlin of all places, and that the first Scorsese exhibition is on show in Germany and not the United States," Nils Warnecke says. He's one of the two curators who spent six long days in early 2012 sifting for material in the director's archive in New York.

Warnecke's colleague Kristina Jaspers has an explanation as to why Scorsese, the grandson of a Sicilian immigrant born in New York's Little Italy, chose Berlin as the location for his first retrospective: "The Kinemathek has supported the restoration of old films for many years. Martin Scorsese feels at home in this type of environment," she says.

The conservation of film heritage is a matter close to the director's heart. Scorsese doesn't like the red tinge film takes on with time. He called for Kodak to finally develop a color-stabile material and mobilized support from fellow directors like Steven Spielberg, Stanley Kubrick and Werner Herzog. A number of his letters on the subject - as well as the replies - are on display in the exhibition. 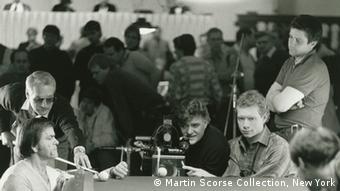 Scorsese's clear commitment to the restoration of color films takes center stage at the exhibition. The Italian-American can communicate his passion for film like no other. He can be heard on exhibition's audio guide that he recorded in New York.

Additional material for the guide was recorded in Berlin by one of Scorcese's closest companions over the years, cameraman Michael Ballhaus. They made six films together, including "Goodfellas" (1990), "The Age of Innocence" (1993), "Gangs of New York" (2002) and "The Departed" (2006), which brought Scorsese an Oscar for best director.

Michael Ballhaus has had a significant influence on Scorsese's aesthetic. "I'm excited by his feeling for the tempo of camera movements, it becomes a kind of choreography for the camera with him," Scorsese said of Ballhaus.

The German cameraman first came to his attention in the early 1970s. The director was impressed by the fluid camera movements Ballhaus developed while working with Rainer Werner Fassbinder. I985, Scorsese brought Ballhaus to the US. The visual style they developed became a model for other filmmakers around the world.

"I'm astounded by the dynamism of the pictorial language, the tension it builds on the narrative," says Dominic Graf, one of Germany's most important contemporary filmmakers. 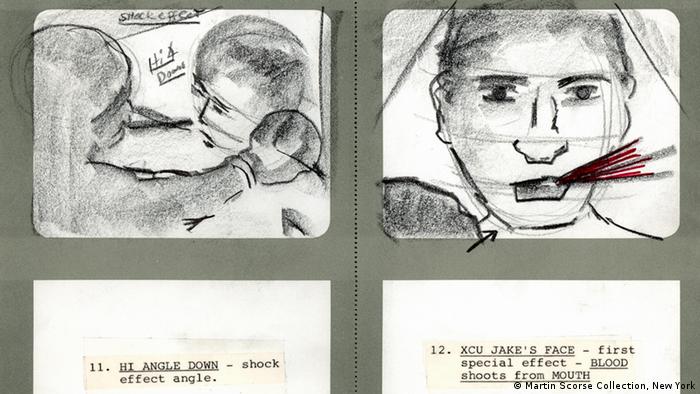 Waiting for the man

Despite all the praise, 70-year-old Martin Scorsese is rather nervous about being honored with a comprehensive exhibition, Rainer Rother, artitistic director of the German Museum for Film and Television, explains.

"I think that Martin Scorsese is glad that the retrospective is in Berlin and not in his immediate vicinity, like in New York," curator Krisitina Jaspers adds. "For Scorsese, it means he can escape the permanent pressure to justify himself. Actor or colleagues could ask him why they're not included in the exhibition."

For now, the organizers of the exhibition are celebrating the success of the show and hope that Scorsese finds the time to visit in person before the end of May. "He's invited and we really hope that he'll come," Rainer Rother says. "We're going to stick a photo of Scorsese on the screen for the cashier. We don't want him passing through the exhibition incognito!"

Actor Gerard Depardieu has defected to Russia, on tax grounds. Brigitte Bardot wants to do the same, in apparent criticism of France's animal rights record. Does this mark a trend among French actors? (08.01.2013)

Up close with Martin Scorsese in Berlin