The Oscar nominations were announced today in Hollywood, with blockbusters like "A Star Is Born" and "Black Panther" up for a swag of major awards. But "Roma" and "The Favourite" topped the nominations with 10 each. 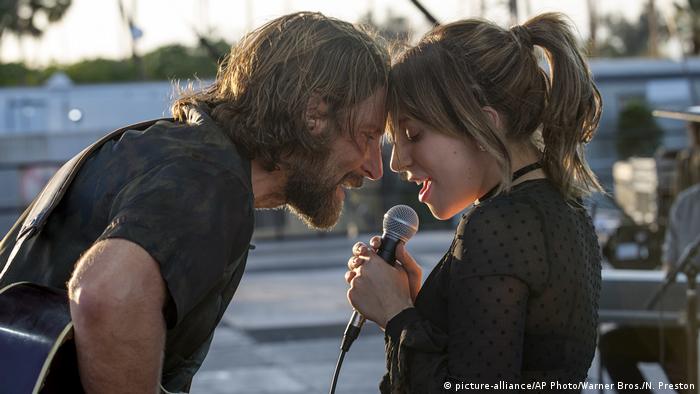 "Roma" and "The Favourite" were nominated for 10 awards each.

Netflix received its first best picture nomination with "Roma," which was released exclusively through the streaming service.

All in all there were eight nominees for best picture, the others including "A Star Is Born," "Green Book," "The Favourite," "Black Panther," "BlacKkKlansman," "Bohemian Rhapsody" and "Vice," which won eight nominations.

German film "Never Look Away," inspired by the life of artist Gerhard Richter, was nominated for best foreign language film and best cinematography.

While award season kicked off with controversy when the host chosen initially for the 2019 ceremonies, Kevin Hart, was forced to withdraw due to previous homophobic tweets — a replacement is yet to be announced — the Academy is celebrating a host of fan and critic favorites.

Hot Oscar tip "A Star Is Born," which has already taken in $400 million (€352 million) worldwide at the box office, garnered nine nominations despite faring poorly at the Golden Globes, where it only won best song.

Stars Lady Gaga and Bradley Cooper are both up for best acting awards on February 24 and the pop star drama will also be a frontrunner for best picture. The film is likewise in contention for best song and best screenplay adaptation.

Meanwhile, blockbuster Freddie Mercury biopic "Bohemian Rhapsody," a film that has been panned by critics, is also up for best film after it reigned at the Golden Globes — where it won best film and best actor for Rami Malek.

Spike Lee was nominated for best director for the first time since 1989 for "BlacKkKlansman" — which is also contending for best film.

Other best director nominees include Alfonso Cuaron for "Roma" (also in the running for best original screenplay), Poland's Pawel Pawlikowski for "Cold War," Adam McKay for political drama "Vice" and Yorgos Lanthimos for "The Favourite."

No women were on the list in 2019 after Greta Gerwig last year became only the fifth female nominated for best director.

Other films in the running for film's most prestigious prize include Ryan Coogler's superhero epic "Black Panther."

While comic book adaptations are generally shunned by the Academy, the Marvel comics work was both a massive box office hit and was also praised by critics.

The Oscars award ceremony will be held on February 24, 2019 at the Dolby Theatre in Hollywood, Los Angeles.

A movie about the life of the Queen lead singer is celebrating its world premiere in Wembley Stadium, where the band once performed in a legendary Live Aid concert. The film depicts Mercury's public and private personas. (23.10.2018)

'Berlin, I Love You' movie trailer scorned in capital city

A trailer for a new English-language romantic film set in the German capital has caused quite a stir among some critics. Berlin, say the film's protagonists, is a place where people come to "dream" and "fall in love." (19.01.2019)

A celebration of music in film: the 76th Golden Globe Awards

Music played a major role at the Golden Globes this year, with two movies earning accolades in the main categories. While Bohemian Rhapsody bagged the award for best drama, Green Book won in the best comedy category. (07.01.2019)