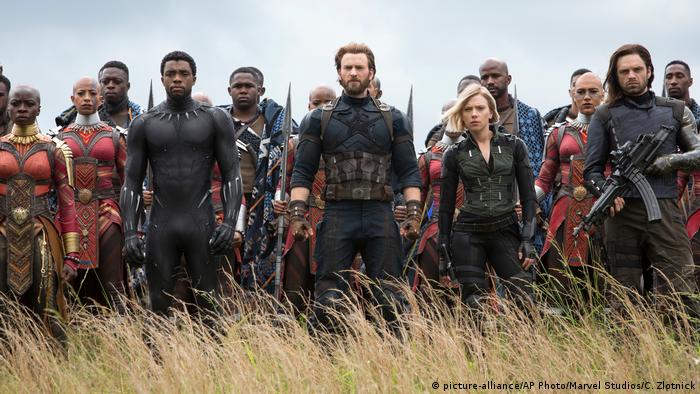 "Avengers: Infinity War" has set the highest opening weekend of all time, taking in an estimated $630 million (€520 million) globally, according to industry trackers.

"It is an extraordinary weekend for the movie business and for the Marvel Cinematic Universe," said Dave Hollis, who heads domestic distribution at Disney.

"'Infinity War' was the culmination of 10 years of developing the universe and characters that people care about. Having them all come together in this was what created a must-see moviegoing event."

The film follows Robert Downey Jr.'s Iron Man, Chadwick Boseman's Black Panther, Chris Hemsworth's Thor and many more as they fight to save the universe from the villain Thanos, played by Josh Brolin.

Before "Infinity War," "Star Wars: The Force Awakens" held the record for highest global opening, having raked in $529 million in December 2015.

According to industry analysts, the film's record-breaking figures effectively reversed a downward trend at the box office. Before the release of "Infinity War," box office sales were down 2.8 percent. After its release, year-to-date sales were up 3.2 percent.

Read more: Everything you always wanted to know about popcorn but were afraid to ask

"Infinity War" has yet to be released in China, where analysts are expecting its momentum to continue driving box office sales. Marvel's 19 films have collectively pulled in $15 billion worldwide.