Bohemian Rhapsody, the biopic about British rock band Queen and its frontman Freddie Mercury, has won the Golden Globe for best film drama. The motion picture beat out favorite A Star is Born.

The film won over early favorite A Star Is Born, starring Lady Gaga, superhero smash hit Black Panther, Spike Lee's BlacKkKlansman and If Beale Street Could Talk. Sunday's winners are seen as a predictor to which films will win the all-important Academy Awards (Oscars) on February 24.

The awards were hosted by actors Sandra Oh and Andy Samberg, who opened the ceremony with a comedy skit. During her routine, Oh made fun of white actors performing Asian roles.

"Crazy Rich Asians is the first studio film with an Asian American lead since Ghost in the Shell and Aloha," Oh joked. An unscripted "I'm sorry" from fellow actress Emma Stone, who was the lead in Aloha, had the audience laughing and Oh looking relieved.

Sandra Oh won an award herself, snatching best actress in a TV drama for "Killing Eve," and in a moving speech, thanked her parents in Korean. The win was the third Golden Globe in her career.

Malik: 'I tried to find the humanity in him'

The best actor win was the first Golden Globe for Rami Malek, who had been twice nominated for his role on the television drama "Mr. Robot."

Malik thanked Queen band members Brian May and Roger Taylor, as well as Freddy Mercury for providing the role of a lifetime. "I tried to find the humanity in him," Malik said.

"I related it to him being an immigrant struggling to discover his identity. I tried to take everything he was struggling with, his complication, his chaos, his turmoil and this beauty inside of him. He lifted me up to be everything I could be in this film," the 37-year-old said.

Close was pleasantly shocked hearing her name called out and expressed her gratitude on stage with an emotional speech about female empowerment. She said the film role and the moment made her think of her mother. 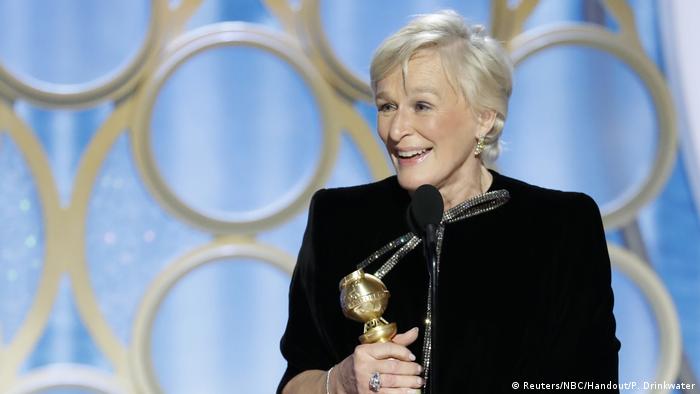 "I'm thinking of my mom, who really sublimated herself to my father her whole life," Close said. "And in her 80s, she said to me: 'I feel like I haven't accomplished anything,' and it was so not right," she added during the tearful speech.

Close drew on perceptions of women as nurturers, engrossed in family life, but said there had to be more to women's lives. "We have to find personal fulfillment," the 71-year-old actress said. "We have to say I can do that and I should be allowed to do that."

Christian Bale picked up the award for best actor in a comedy or musical for his portrayal of former US Vice President Dick Cheney in Vice.

After more traditional thanks to his cast mates and director Adam McKay, Bale added "thank you to Satan for giving me inspiration for this role."

Green Book was the winner in the best comedy or musical category. In the civil-rights era film, African-American actor Mahershala Ali starts as a concert pianist who strikes a friendship with his white chauffeur, played by Viggo Mortensen. 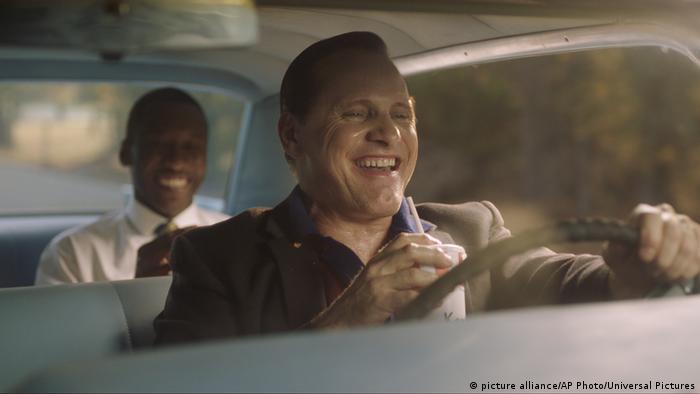 Director Peter Farrelly said the win was beyond anything he and his team imagined when they embarked on the film. "This story, when I heard it, gave me hope, and I wanted to share that hope with you. We're still living in divided times, perhaps more than ever," Farrelly added.

Spanish-language Roma, a semi-autobiographical film by legendary Mexican filmmaker Alfonso Cuaron, snatched the foreign language category and best directing. The black-and-white film, which was released by Netflix, details the story of a family in 1970s Mexico City and their relationship with their nanny.

The film caused waves in Latin America, as the protagonist was played by a Mexican actress of indigenous descent, who was the first to be featured on the cover of Vogue Mexico.

Alfonso Cuaron has won three Golden Globes in his career; his first came in 2014 for directing Gravity.

Lady Gaga, the likely heiress to the Queen of Pop crown, turns 30 today. The American singer and songwriter is best known for her jaw-dropping performances and outrageous sense of fashion, as well as her social activism. (28.03.2016)

A celebration of music in film: the 76th Golden Globe Awards

Music played a major role at the Golden Globes this year, with two movies earning accolades in the main categories. While Bohemian Rhapsody bagged the award for best drama, Green Book won in the best comedy category. (07.01.2019)

An American drama on rape and murder, a story about a woman and a mysterious creature, but also a German crime film dealing with revenge were honored at the 75th Golden Globe Awards ceremony. (08.01.2018)