Wes Anderson's "Isle of Dogs," a stop-motion adventure featuring the director's ultra-stylized approach, premiered at the Berlinale to strong reviews. Now the political allegory is making its American debut. 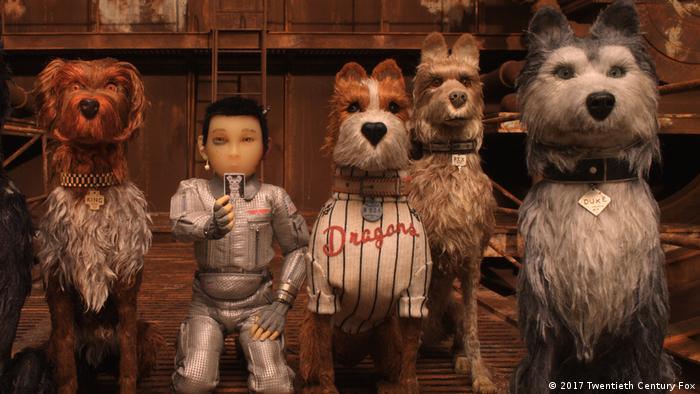 With a timing that could have been scripted by Wes Anderson himself, the Berlin International Film Festival opened in February with the director's latest movie, "Isle of Dogs" — just a day before the Year of the Dog began in China. The film, which received strong reviews after its premiere, opens today in cinemas across North America.

Anderson's ninth feature film is an animated movie set in a dystopian version of Japan, where corrupt Mayor Kobayashi determines that all dogs of Megasaki City are to be exiled to Trash Island, a huge garbage dump. The mayor's nephew, the 12-year-old Atari Kobayashi, sets off on his own to find his dog Spots, and is helped by a group of friendly canines along the way.

Anderson explained at the Berlinale "Isle of Dogs" press conference that the project took off when two ideas came together. "This may not sound like a great pitch," he admitted, but it started by combining "the idea of dogs on a garbage dump" and a "love of Japanese cinema, especially Kurosawa." 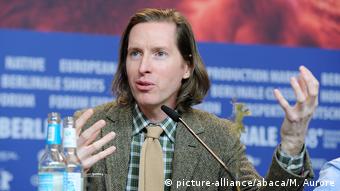 The cult US indie filmmaker is renowned for including numerous cultural references in his works, and "Isle of Dogs" is packed with delightful allusions to almost everything that's been romanticized about Japanese culture from a Westerner's perspective — including butoh and kabuki theater, sumo wrestling, drummers, haiku, cherry blossoms, sushi, calligraphy, 17th-century prints in the style of Hokusai, mangas, sake, Japanese design from the 1960s, and, of course, references to films by Akira Kurosawa and Hayao Miyazaki (two directors Anderson mentioned as major inspirations for the film).

"It wasn't like I was a huge animation guy," Anderson said. But when doing research for his previous animated film in 2009, "Fantastic Mr. Fox," he developed a fascination for Japanese animation director Miyazaki, who is famed for works such as "Princess Mononoke" and "Spirited Away." 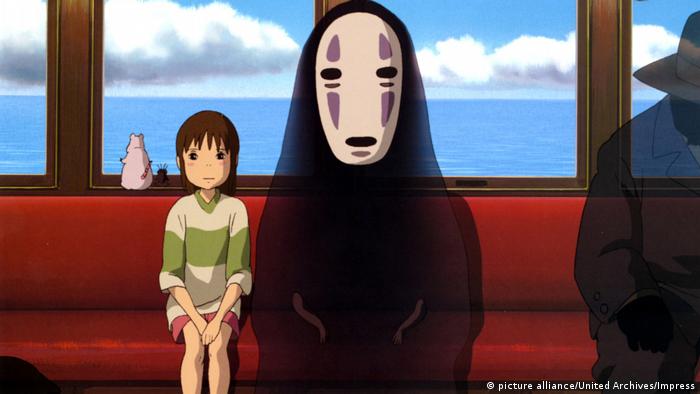 One of Anderson's inspirations: Miyazaki's "Spirited Away" (2001) is the most successful film in Japanese history

Miyazaki has a vision of "nature and a kind of rhythm that's not as strong in the American animation tradition," said Anderson. That inspired him to remove music from certain scenes to allow for the simple power of silence.

"Isle of Dogs" also features old-fashioned stop-motion figures instead of digital animation. "We tried to do everything in camera," instead of with computer-generated effects, said Anderson. "It's something I associate with cinema history."

Smoke, for instance, is made of cotton balls; old computers and TV sets reflect a lo-fi vision of the future. The initial idea was actually to show the future as imagined in the 1960s, explained the filmmaker.

Read more: Everything you need to know about the 2018 Berlinale

From Murray to Swinton: A star-studded cast

The dogs are voiced by an all-star cast that includes Anderson favorites such as Bill Murray, Bob Balaban, Tilda Swinton and Jeff Goldblum, with Scarlett Johansson, Greta Gerwig and Bryan Cranston also in on the act.

Asked how it felt to be "just a voice" in the film, Murray, who was present at the Berlin premiere, replied with his typical dry wit that "being a voice in this group is like being in the 'We Are the World' video. These are some of the great voices of cinema and I'm really happy to be singing, even if I get one verse." 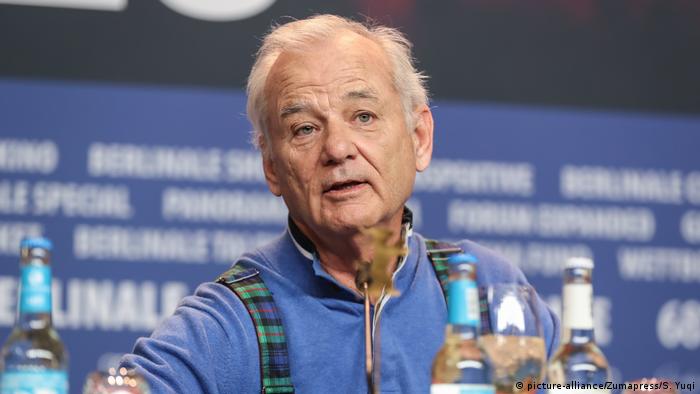 Bill Murray has appeared in every Anderson film since his second feature, "Rushmore" (1998)

While the dog "barks" are rendered in English in the film, the humans speak Japanese and are occasionally translated by electronic devices or interpreters in the story, adding an interesting "lost in translation" effect that is bound to be challenging in the Japanese version.

The filmmaker behind "The Grand Budapest Hotel" (which also opened the Berlinale in 2014), "The Royal Tenenbaums" (2001) and "Moonrise Kingdom" (2012) has often portrayed coming-of-age stories and quirky dysfunctional families, but "Isle of Dogs" is his most political film to date.

While most of the population of Megasaki City has been brainwashed into believing the unscrupulous government's schemes, a few researchers and students are determined to save the dogs and uncover the truth.

Ironically, even though the main human character of the story is 12 years old, "Isle of Dogs" is rated PG-13 in the US as it contains elements of violence.

Those scenes seem rather harmless, however, compared to what kids are used to seeing these days. On the other hand, Anderson's latest fable could spark idealism in a few children, inspiring them to take off on a mission on their own plane or to investigate city corruption for the school newspaper. 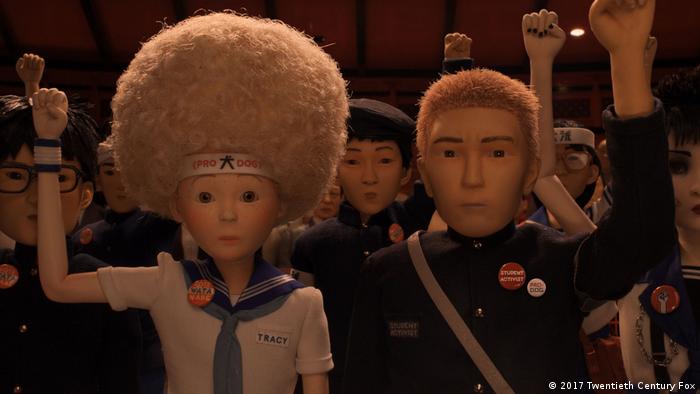 The political storyline was not necessarily one of Anderson's initial goals, he explained, but rather the result of the screenwriting process. The writers determined early on that they needed to invent the politics of the city they were portraying. It was "a story we felt could happen anywhere and at any time," said the filmmaker.

The world began to change as they worked on the project, so suddenly the political aspect of the story "seemed kind of right for the moment," said Anderson.

"[But] we didn't start by doing a mirror of politics," he added. "We started with the dogs."

"Isle of Dogs" was released in theaters in the US and Canada on March 23.

Could you name 10 off the top of your head? DW walks you through some breeds whose origins are very much German, even if their names might suggest otherwise. They've since become famous around the world. (29.03.2017)

Why #MeToo will be a recurring theme throughout the Berlinale

From initiatives such as "Nobody's Doll" and #BlackCarpetBerlinale to Kim Ki-duk's controversial invitation, here's how the debate on #MeToo has been fueled even before the Berlin film festival kicked off. (15.02.2018)

19 films from international directors will compete to win the festival's Golden Bear for best film. Berlinale's 68th edition will also address the #MeToo movement and industry gender parity through side events. (06.02.2018)