US singer Mariah Carey is set to play a show in Saudi Arabia this week. Women's rights activists are up in arms, as they fear the country's rulers could instrumentalize the gig for their own aims. 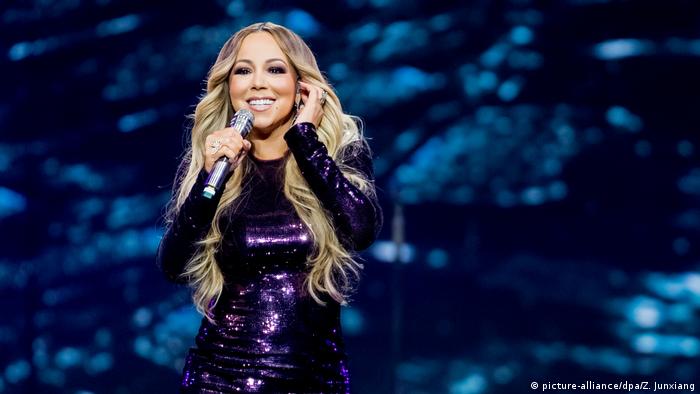 As US pop star Mariah Carey prepares for a concert in Saudi Arabia, women's rights activists are asking whether she is aware of the severe repression they face in the Gulf monarchy.

Carey's concert is planned for Thursday at the King Abdullah Economic City, which is located about 150 kilometers (90 miles) north of the port city of Jeddah. On social media, many critics agreed that if Carey goes ahead and performs in the country, it would effectively amount to a betrayal of Saudi women, who suffer tremendously under the country's repressive gender laws. Moreover, they say the concert would undermine the work of women's rights activists in Saudi Arabia.

Belgium-based Saudi activist Alia al-Hathloul took to Twitter to remind Carey that her sister, Loujain, has been locked up in a Saudi jail since May 2018 for demanding women be permitted to drive. While women are now allowed behind the wheel, activists such as Loujain, who fought for this right, still remain imprisoned.

Carey wouldn't be the first famous Western singer to hold a concert in Saudi Arabia. Other pop stars such as Enrique Iglesias and David Guetta have already performed there.

Nevertheless, Bloomberg journalist Donna Abu-Nasr says "Carey would be the most high-profile female westerner to perform in the country since Crown Prince Mohammed bin Salman loosened the reins on the entertainment industry." She hinted that the singer's show could make the country's entertainment sector even more attractive to regional and international investors.

Cultural liberalization instead of political reforms

The performance of a female superstar in Saudi Arabia is problematic, argues Saudi activist Amani al-Issa. "The everyday reality of Saudi women does not match this cultural liberalization. Women still need the permission of a male guardian to attend concerts like this," the Australia-based activist told DW. Al-Issa is critical of the fact that women have little say in this reform process: "What we are seeing right now it just the liberalization of the entertainment industry, not of society itself. The economy is also being liberalized but only a small part of society really profits."

Arafat Al Majid, a Saudi journalist and member of Qatif city council, sees things in a more positive light. He says one needs to appreciate that women are now permitted to visit entertainment venues. "Significant changes have occurred, which also have a positive impact on the lives of women," Al Majid told DW, stressing more patience is needed with the Saudi regime. "I am confident that more changes will come and that they will also concern the male guardianship system." However, he admits there will be limits to such reforms: "The system will not be entirely abolished because it builds on Islamic tradition. But the law can be amended."

A concert with political consequences

So far,  Carey has not commented on her planned gig on Thursday, even though women's rights activists from the region have urged her to take a stand. After all, women who dare speak out in public face harsh repercussions in Saudi Arabia.

Critics fear the Saudi regime will instrumentalize Carey's concert to cast the country in a positive light, and use her pop star fame to distract from its political problems and dismal human rights record. Furthermore, they fear Carey's concert may even help the kingdom regain some respectability after the murder of journalist Jamal Khashoggi.

However, some detractors have noted that Carey could also use her concert to take a public stand on human and women's rights in Saudi Arabia: She has quite the voice, so she might as well use it.