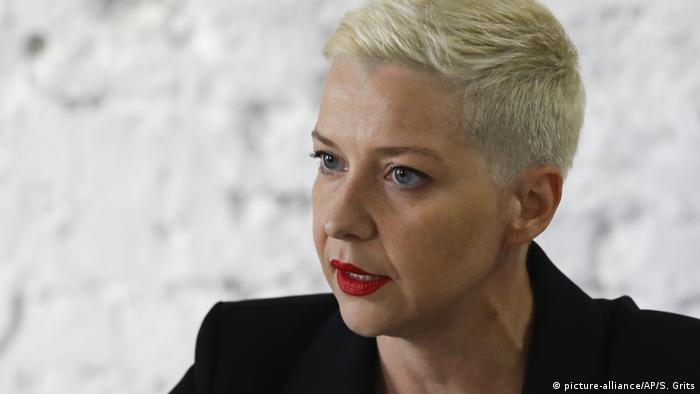 Of the three women leading Belarus' opposition, she is the last one to remain in the country.

Maria Kolesnikova has campaigned as part of the trio to oust President Alexander Lukashenko — but her two allies were forced to flee amid a violent crackdown across Belarus. Presidential candidate Sviatlana Tsikhanouskaya sought refuge in Lithuania the day after the disputed election result, which saw strongman Lukashenko claim a sixth term, as fears for her and her children's safety mounted.

Just before Belarusians headed to the polls, Veronika Tsapkala fled to Moscow, where her husband Valery Tsapkala had been living since July. She had joined the opposition campaign after her husband was barred from running for election and represented him at Tsikhanouskaya's rallies. 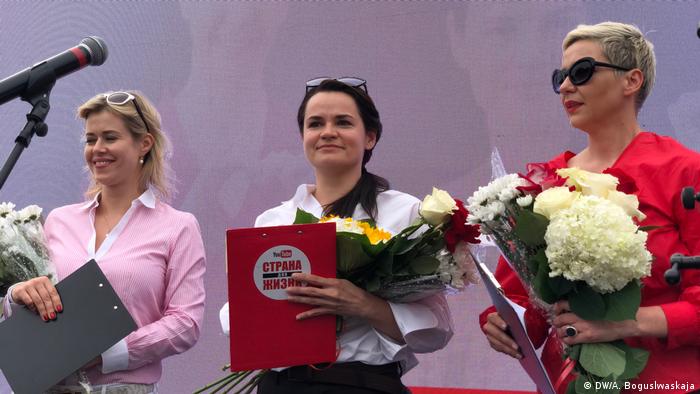 Tsikhanouskaya, a teacher, also only entered politicsafter her husband, vlogger Siarhei Tsikhanouski, was barred from running in the election and jailed on charges of inciting violence. He is still in detention today, as is businessman and banker Viktor Babariko, who was considered the candidate with the best chance of defeating Lukashenko at the ballot boxes.

Babariko, too, was barred from running— and that's when Kolesnikova, a musician and arts manager, took her first step into the political arena. 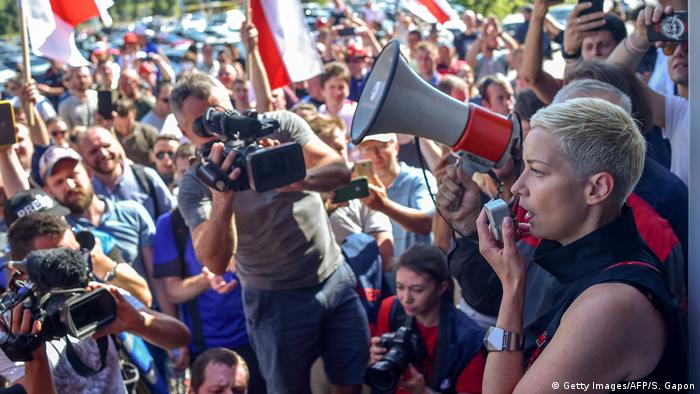 In Minsk, Kolesnikova has been leading rallies against the disputed election result

Politics was not necessarily her vocation. Kolesnikova studied music in Minsk and Stuttgart, living in Germany for 12 years. She speaks excellent German and for many years she ran cultural projects in Belarus and Germany. In 2017, she contacted Babariko who, at the time, was the head of Russian energy giant Gazprom subsidiary, the commercial bank Belgazprombank, which had funded various cultural projects. She asked him on Facebook whether the bank would support an exchange program between Belarus and Germany.

They met in person the next year and she later told independent Belarusian news portal tut.by that it was clear that they had "shared values". The two both have a love of art and a certain affinity for the West. In August 2019, Kolesnikova took over as artistic director of the OK16 Cultural Hub, which is partly funded by Belgazprombank. 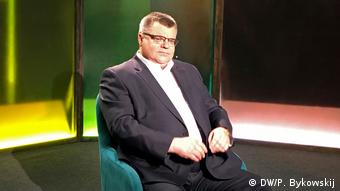 When Babariko resigned his position at Belgazprombank earlier this year to run for president, she joined his campaign team without hesitation. "From the first day when I started working on this campaign three months ago, I have been under no illusions about what the acting government is capable of and what could happen," she told DW in an interview on Wednesday.

She refused to give up when Babariko and his son Eduard, who ran the campaign team, were accused of various financial crimes and jailed. Kolesnikova took the reins to lead the campaign and soon joined hands with Tsikhanouskaya and Tsepkalo to form an all-woman opposition trio.

Kolesnikova was arrested one day before the election took place but was quickly released. Authorities claimed she had been mistaken for someone else. 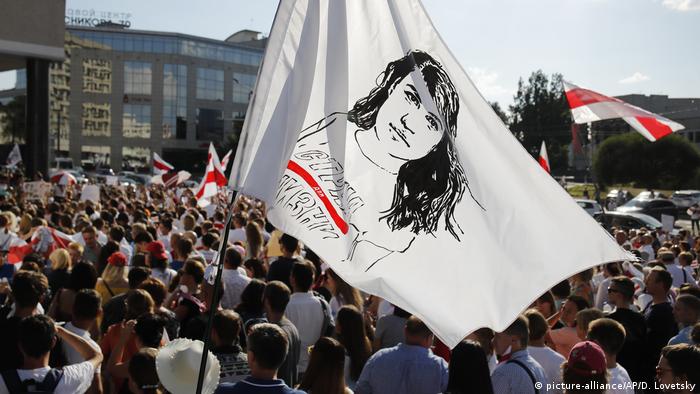 'Sviatlan a is a hero'

Kolesnikova has repeatedly denounced the arbitrary arrests of people protesting against the alleged rigging of the presidential election. She regrets being the only one left of the opposition trio to still be in Belarus — but she does not feel betrayed.

"There has been unprecedented pressure on Sviatlana for the past three months and the government was clearly trying to put her under pressure in this case as well," she told DW. "That is why I support Sviatlana — I tell her that she is a hero."

This week, Tsikhanouskaya, who has said that she would be willing to lead the country temporarily, set up a Coordination Council of Belarus to organize a peaceful transition of power and the holding of free and fair elections. One of the founding members of the council's presidium is Nobel laureate Svetlana Alexandrovna Alexievich.

Kolesnikova is also a member.

"We need a dialogue with the government," she said. "If there is a chance for EU partners, the Russian Federation or Ukraine to help us launch this dialogue, we would be very grateful."

It is important for the coordination council that it is clear on wanting to work with Russia — and not just because Belarus' state media have claimed that the opposition and protesters are being manipulated by Western agents to steer the country toward NATO. That's because, unlike many former Soviet republics, Belarus does not question its close ties with Russia.

EU leaders, including German Chancellor Angela Merkel, say the bloc does not recognize Belarus' election result. They have also vowed sanctions over violence against protesters. Here's how the day unfolded.