Sviatlana Tsikhanouskaya, a teacher, is the greatest challenge yet to the reign of Alexander Lukashenko, who vies for a sixth term as Belarus' president. Tsikhanouskaya has had a staggering and unprecedented rise. 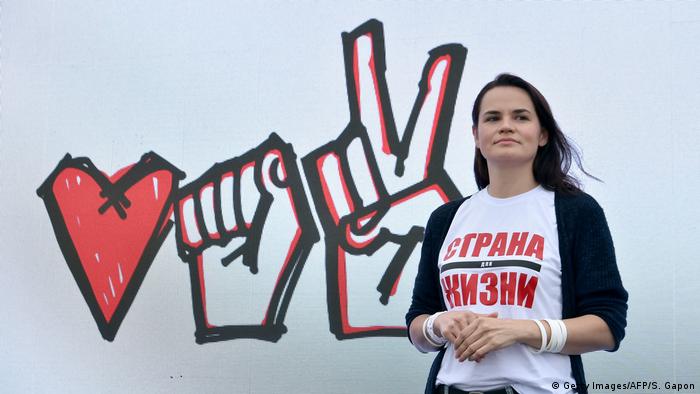 Sviatlana Tsikhanouskaya does not describe herself as a politician. Indeed, she says she just wants her family back and to be able to cook for them. Yet, for now, she is running for election, and observers consider the 37-year-old stay-at-home parent, a teacher and interpreter by profession, perhaps the greatest challenge yet to the reign of President Alexander Lukashenko, who is seeking a sixth term on Sunday.

Tsikhanouskaya ended up in this position almost by chance. It was initially her husband, the 41-year-old video blogger Syarhei Tsikhanousky, who wanted to challenge the president. However, he was arrested before the election campaign even kicked off and charged with taking part in an unauthorized demonstration at the beginning of the year. 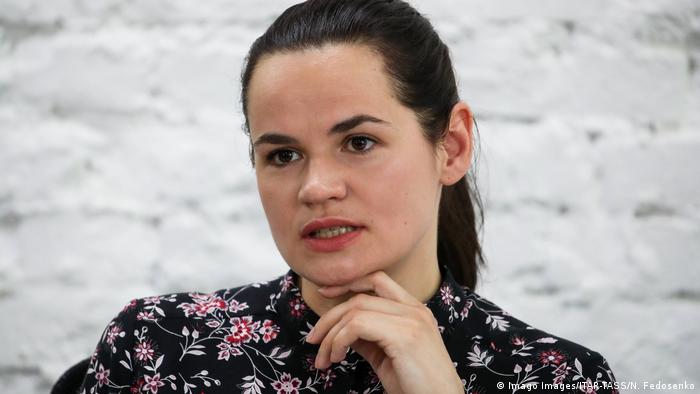 Sviatlana Tsikhanouskaya eyes an end to Lukashenko's grip on power

When Tsikhanousky was formally disqualified, Tsikhanouskaya decided to run instead. And, surprisingly, she was able to collect the 100,000 required signatures and made the ballot. After her husband was released, he ran her campaign for a few days before being arrested again. He is currently in detention and accused of violence against the police. His supporters say that he was provoked. 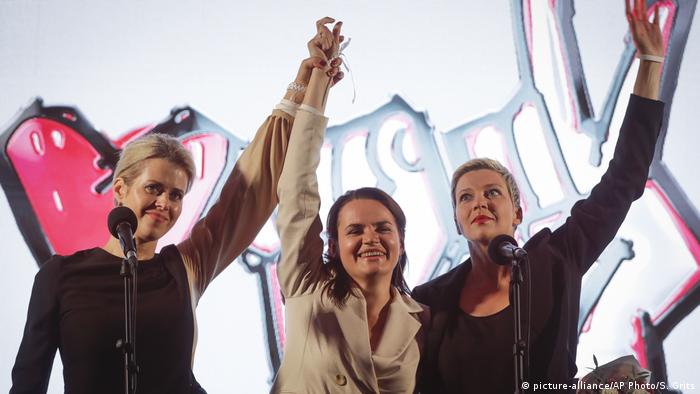 Sviatlana Tsikhanouskaya (center) at a campaign rally in Minsk

Tsikhanouskaya, who is from a small southwestern town, studied foreign languages before going on to work as a translator in Gomel, the second-biggest city in Belarus. This is where she met her husband, with whom she has two children. She stopped working to look after her family. Though she says she was never interested in politics, she says that she learned a lot about her country and its inhabitants traveling with her husband. He had to travel a lot for a video blog that he launched on YouTube at the beginning of 2019.

It's the first time that such an outsider has taken part in the authoritarian country's electoral process. It's almost as if an amateur runner were suddenly in a position to win the Olympics. However, in this case, Tsikhanouskaya could be excluded at any time. So far, however, she is still in the race and the preparations have gone so well that she is considered one of the favorites. Her election campaign team was boosted by support from two political heavyweights: the former banker Viktor Babariko and the former diplomat Valery Tsepkalo, who were also barred from running.

Tens of thousands of people have turned up to Tsikhanouskaya's rallies — breaking records in a country where people have long been discouraged from taking part in politics and tend to be either dispassionate or scared. Tsikhanouskaya's election program is rudimentary, but she has a few clear goals: Belarusian independence and the release of all political prisoners, including her husband. If she wins, she has pledged to hold free elections within six months later so that currently barred opposition candidates can run and she can return to raising her family. 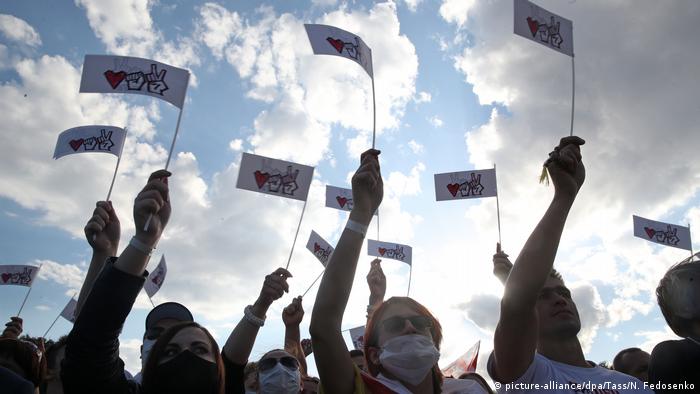 Tens of thousands of supporters have flocked to rallies for Tsikhanouskaya

It is clear that Tsikhanouskaya is an unusual candidate with an unusual approach to the task at hand. At the beginning she came across as unsure, but honest and this went down well. The more used to her role she became, the more her self-confidence grew. She was not afraid of saying that she did not have all the answers and admitted that she was no expert regarding foreign policy or economic reform.

Tsikhanouskaya has avoided controversial subjects, but she has not allowed the president to bully her with his frequent attacks. When he said that someone who had not served in the army could not be head of state, she responded with the suggestion that only mothers should be allowed to run. Though she refuses to be intimidated, she did send her children abroad after an anonymous threat.

The campaign is a sign that Belarus is changing. Tsikhanouskaya success has come as a surprise to many in a country that has been under the president's control for 26 years. People want to see a new face at the top — and it almost doesn't matter whose.

At the moment, however, it looks like Lukashenko still has the advantage. Once again, there will be no independent election observers. The Organization for Security and Co-operation in Europe has not been invited.

This article has been updated to reflect the Belarusian spelling of the opposition candidate, Sviatlana Tsikhanouskaya and Syarhei Tsikhanousky.