Citizens of Afghanistan were by far the biggest group of people applying for asylum in the EU, Switzerland and Norway in September 2021. 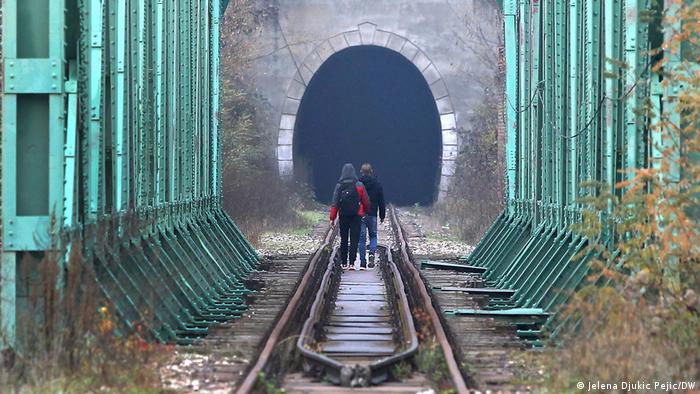 Some 3,000 unaccompanied minors also applied for protection in September 2021

Over 17,000 Afghans filed asylum claims in the European Union, Switzerland and Norway in September of 2021, compared to around 10,000 in August, the European Asylum Support Office (EASO) said on Friday.

This represents a 72% increase compared to August, which itself saw a 38% rise compared to July. It also means nearly twice as many Afghanis applied in September compared to Syrians in the same time span.

"This increase partly reflected the evacuations that followed the Taliban takeover of Afghanistan," EASO said, referring to the faster-than-expected Islamist offensive that  saw the Taliban reclaim control over Kabul in mid-August.

Even so, the number of Afghans applying for asylum in September this year was less than half the absolute record, which was set in November 2015.

Who else is applying for asylum?

Turks, Iraqis and Bangladeshis were also among the top five nations of origin in September 2021. According to the EU agency, the number of applicants from Iraq grew in September "partly due to the irregular migration route via Belarus, where Iraqis have been the largest group."  The data did not take into account the latest standoff between Poland and Belarus over migrants last month.

The impact of the coronavirus pandemic also seemed to be leveling off following many months of reduced migration. The 27 EU member states together with non-EU members Switzerland and Norway saw a total of around 71,200 asylum applications in September, which is above pre-pandemic levels recorded in early 2020.

Total September numbers also showed a jump of around one-quarter compared to August.

Who is getting approved?

EASO found that 41% of applicants were allowed to stay in the EU, Switzerland or Norway. Of those permitted to stay, three out of five received asylum and the rest received "subsidiary protection," which is provided to people who don't qualify as refugees but would "face a real risk of suffering serious harm" in the country of origin.

Migration remains a hot-button issue in the EU, with poorer member states struggling to cope with large numbers of migrants and refugees looking to reach richer countries, such as Germany or Sweden.