Manuel Neuer has signed a new Bayern Munich contract that ties him to the club until 2023. The Germany goalkeeper shows no sign of relinquishing his number one spot, which is bad news for the man signed to replace him. 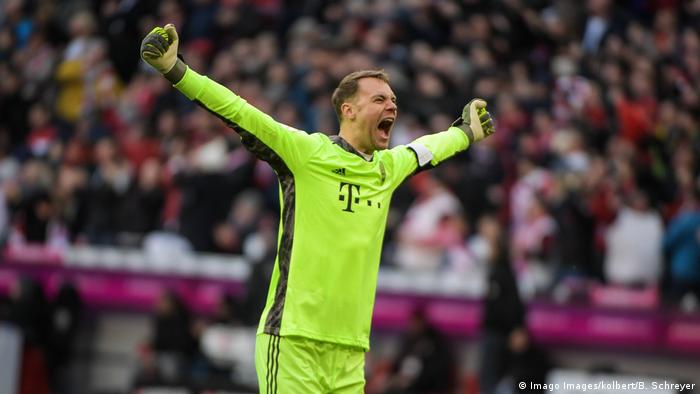 Even for a club, and a CEO, who rarely hesitate to blow their own trumpet, Karl-Heinz Rummenigge was pretty forthright in his assesment of the deal announced on Wednesday to keep Manuel Neuer at Bayern Munich until 2023.

"Manuel is the best goalkeeper in the world and our captain," he said.

While not everyone would agree with the first part of that assessment, it is a firm indication that the Bundesliga champions don't see the man they signed from Schalke in 2011 being dislodged any time soon.

That doesn't seem like great news for the man they signed from Schalke in 2020. Alexander Nübel is regarded as one of Germany's most promising young goalkeepers and signed a deal to join Bayern from Schalke at the end of this season back in January.

At the time, plenty of observers assumed that, with Neuer turning 34 in March and having struggled to regain top form after a bad injury caused him to miss almost all of the 2017-18 season, a replacement had been found, and the man who popularized the 'sweeper-keeper' style would fade in significance.

But, like his long-term teammate Thomas Müller, Neuer has got back to something approaching his best. He remains number one for club and country. Which is definitely not the case for Nübel.

The 23-year-old angered Schalke fans with his transfer decision, particularly given Neuer's move all those years ago. He was serving a suspension for a rash kung-fu kick on Frankfurt's Mijat Gacinovic at the time the deal was confirmed and missed four games through suspension including Schalke's 5-0 hammering in Munich.

A questionable display by 21-year-old understudy Markus Schubert in that particular game allowed Nübel to get straight back in the side after suspension, despite rumors that his decision to leave had angered coach David Wagner, who now favored building up Schubert. Wagner had already stripped Nübel of the captaincy.

After a decent reintroduction to the team, Nübel endured a torrid time against RB Leipzig, with a horrible early error followed by an erratic display that culminated in being booed by his own fans.

Schalke's sporting director Jochen Schneider stuck up for him, saying: "Alex has made the difference in so many games for us. So it happens that you make a mistake once in a while." 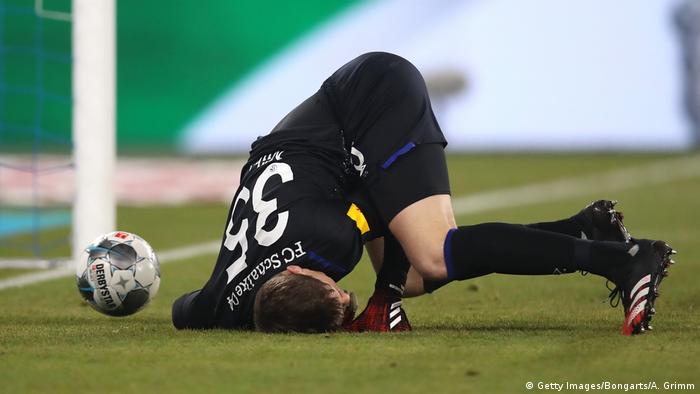 But another poor display in a 3-0 loss to Cologne next week saw him benched for what turned out to be Schalke's last game before the coronvirus-induced hiatus. There he remained for the Bundesliga's return on Saturday when Schubert's weak kick handed Dortmund their second in a 4-0 win.

His replacement's vulnerability may allow Nübel a path back when the Royal Blues host Augsburg on Sunday, but his bridges there are already burned.

Naturally then, Nübel must look to the future. Given the changing circumstances of the two men since January, it's difficult to see Nübel usurping Neuer in the next year or two. Will he really have to wait until 2023 when Neuer is 37? Well, maybe, if the man himself has anything to do with it.

"I look to the future with great optimism. I feel very comfortable and at home in Bavaria," Neuer said on signing his new deal. "FC Bayern are one of Europe’s top football clubs."

There has been some talk that Nübel agreed a contract that enshrined a certain number of games per season, but Bayern are not the sort of club to allow such things to color their choices. Experience is valued highly and Neuer is very firmly a Bayern man.

Nübel may still become that. But the question remains as to whether a man ambitious enough to make the move to Bayern in the first place will be content with waiting until he's 26 to be first choice.

Bundesliga leaders Bayen Munich will be looking to avenge their biggest loss of the last 10 years when they welcome Eintracht Frankfurt to the Allianz Arena. All the build-up to Saturday's showdown in DW's live blog. (20.05.2020)

Few countries are as obsessed with football as Argentina. With that country's league on hold due to the coronavirus pandemic, last weekend, Argentine fans turned to a new drug to get their football fix: the Bundesliga. (20.05.2020)