Few countries are as obsessed with football as Argentina. With that country's league on hold due to the coronavirus pandemic, last weekend, Argentine fans turned to a new drug to get their football fix: the Bundesliga. 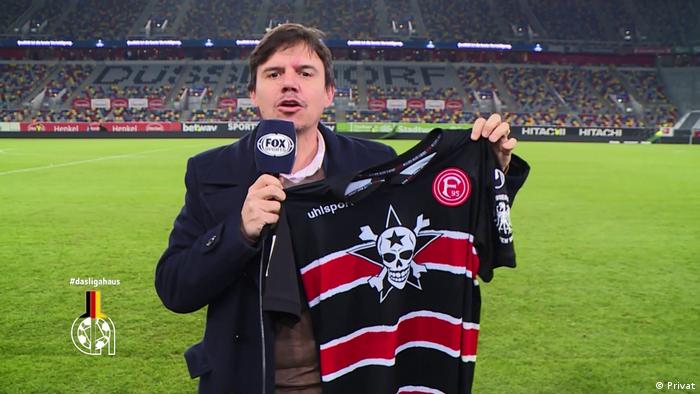 Where does a proud football nation turn after the pause button was pushed on the top domestic league following the match between Rosario Central and Colon on March 16? A football nation that is so fanatical that the Copa Libertadores final between River Plate and Boca Juniors had to be held in Madrid for security reasons?  It turns where anybody would in a time of need and looks for a surrogate. In this case, the best available happened to be what Argentines refer to as "La Bundesliga."

For Argentines, football is passion, religion and drug, all wrapped into one. And since they didn't have access to their drug of choice in places like Buenos Aires, Cordoba and Rosario last weekend, many tuned in to TV stations ESPN and Fox Sports on Saturday morning – just in time to see the first coronavirus-era goal by Dortmund striker Erling Haaland in the Revierderby. The TV ratings went through the roof: ESPN's were 10 times higher than they'd been the previous weekend, when it had filled the airwaves with classic games.

"Of the 20 leading Twitter trends on Saturday, 15 were about the Bundesliga," Ezequiel Daray (pictured above) told DW.

The Buenos Aires native is something of an unofficial ambassador for the Bundesliga in Argentina – nobody in the country knows more about futbol aleman than he does. Daray presents and produces the half-hour TV show Das Ligahaus for Fox Sports, which has been broadcast ahead of every Bundesliga matchday since the start of 2016.

"We have now completed 205 episodes, and in addition to the traditions of the clubs and interviews with players and fans, we show everything that makes Germany what it is," Daray said.

The presenter of Das Ligahaus can be seen mingling with revelers at Cologne's carnival festivities, drinking a one-liter stein of beer at Oktoberfest in Munich or venturing down a mine in the Ruhr district.

However, football always remains the focus, and in one of the show's segments, he even tries to teach his viewers common German football terms such as abseits (offside) or Fallrückzieher (bicycle kick).

"My German has become so good that I can even pronounce "Mönchengladbach" without any difficulty," he said with a laugh.

Argentina's biggest stars, Lionel Messi, Sergio Aguero and Paulo Dybala play in Spain, England and Italy respectively. Leverkusen's Lucas Alario and Exequiel Palacios or Santiago Ascacibar of Hertha Berlin aren't quite at that level, so naturally interest in the Bundesliga in Argentina is generally lower than it is for La Liga, the Premier League or Serie A. 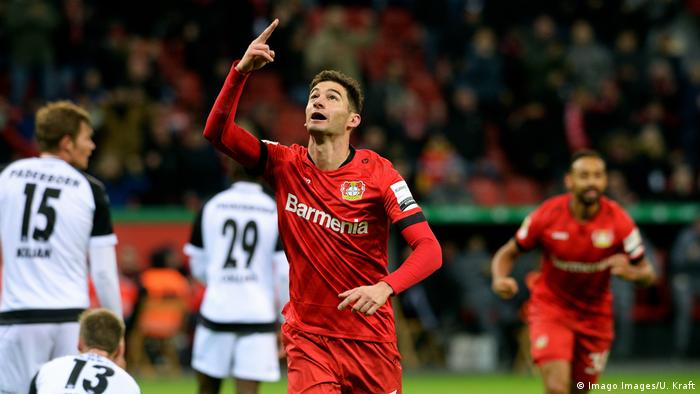 "In Spain, for example, the focus is much more on the individual players, whereas in Germany the club and the league are more important," Daray noted.

From his perspective, the Bundesliga reflects German society as a whole – a unique combination of order and passion.

"When we Latin Americans think of Germans, we always think of the engineer from Stuttgart who goes to bed at 8 o'clock in the evening after having worked all day. But we have learned that this isn't quite so, and we try to reflect this in our show."

A new perspective on the 'typical German'

What Daray has learned is that while the typical German may be orderly, disciplined and thrifty, at the same time he is passionate and prepared to spend a lot of money on something that ignites his passion.

"Football here combines the unique infrastructure of the stadiums, the excellent organization by the German Football League (DFL) and the crazy and passionate fans who come up with fantastic choreographies and drive their club forward for 90 minutes."

Fox Sports was by no means the only television station putting German football into the storefront window on Matchday 26, with Bundesliga games featured on broadcasters in no less than 211 countries. The biggest daily newspapers in Argentina such as Clarin and La Nacion or the online portal Ole also reported on the exploits of Manuel Neuer, Mats Hummels, Timo Werner and Co.

Interest beyond the big games

Another Argentine sports journalist, Eduardo Eschoyez, also tuned in on Matchday 26. Eschoyez has been covering the two biggest football clubs in Cordoba, Talleres and Belgrano for the past 34 years – and not surprisingly, he is also a passionate fan of the game. But this past weekend wasn't just about watching live football on TV, Eschoyez was curious to see how it would feel as the Germans became the first major to resume play during the coronavirus outbreak. 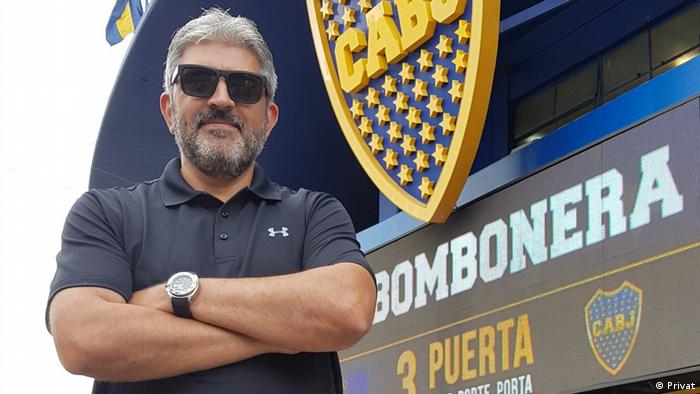 Eduardo Eschoyez: "A stadium without spectators is extremely cold"

"It's mainly due to financial interests that they're playing football again," Eschoyez told DW. "It's all about TV rights."

And for him, like many others, the sight of empty stands is something that will be hard to get used to.

"A stadium without spectators is extremely cold, of course. But it's like this: On the one hand, there are no spectators in the stands, but on the other hand the virtual interest has multiplied by millions in front of their TV screens. "

And so, in the era of the coronavirus pandemic, even a game from the lower half of the table such as Cologne vs. Mainz, which would otherwise only attract very few Argentine football fans, achieved fantastic viewing figures. Some in Argentina have even been watching Bundesliga 2 matches.

Like many Argentinians, Eschoyez appreciates the high standard of play in the Bundesliga, the excellent infrastructure and the way the league and clubs treat their fans. In Argentina, on the other hand, dozens of deaths associated with football matches led the authorities to ban supporters from traveling to away games back in 2013. Now fans are only allowed to attend away games in rare circumstances.

"My mother was worried because her nine-year-old son preferred to spend hours in front of the television to playing outside with the other children," he said.

The remaining eight Bundesliga matchdays are also expected to do well in the TV ratings in Argentina. The Argentine Football Association has called off the domestic season at all levels. There is talk about a return to the pitch in August or September, although the minister of tourism and sports recently called for a resumption of the Super League in smaller cities. This is because 90 percent of the coronavirus infections in Argentina have been diagnosed in the greater Buenos Aires area.

But according to Eschoyez, the example Germany has set for resuming football during the coronvirus pandemic wouldn't work in Argentina anyway.

"The passion here is so great that fans would simply flock to the stadiums in droves – without maintaining the necessary social distance, of course."