Mandatory COVID vaccines: A controversy across Europe | Europe | News and current affairs from around the continent | DW | 06.11.2021 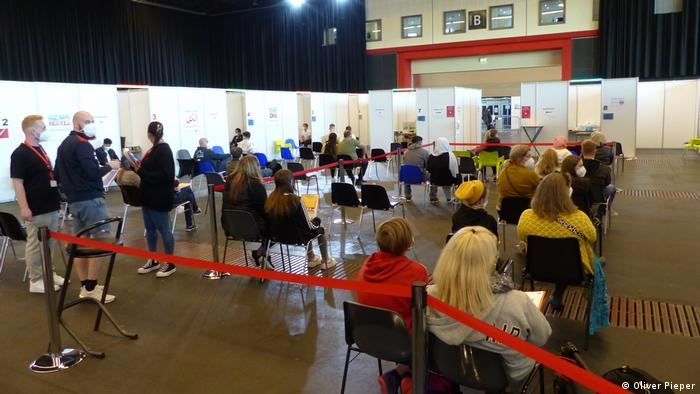 Some two thirds of the German population is vaccinated

German Health Minister Jens Spahn has said the national "epidemic situation" will elapse at the end of November, referring to the expiry on November 25 of emergency legislation granting the federal government additional powers. And yet, there is no end in sight to the measures put in place to prevent COVID-19 from spreading.

Right now, much attention is being paid to long-term care homes, which are seeing rising numbers of cases, including breakthrough infections, even though the vaccination rate there is higher than the national average.

The health minister is now spearheading a drive for all those who are over 70 to get booster shots, but he continues to reject compulsory vaccination for care workers. Instead, there will be compulsory rapid tests for visitors and staff, including those who are vaccinated, in order to curtail transmission in care homes. His proposals have divided opinion in Germany. 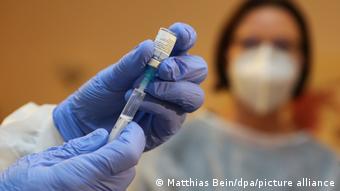 In some countries, health care workers face suspension if they are not vaccinated

All over Europe, people are similarly divided as to how to reduce the risk of infection in hospitals and care homes. DW took a look:

The Italian government was one of the first to introduce compulsory vaccination. Since May 25, health-care employees have to be vaccinated or face suspension. According to Italy's FNOMCeO medical association, over 2,000 doctors had been suspended by the end of October but some 500 of them were reinstated after getting the vaccine.

Since September, all employed people have to show a "Green Pass" that testifies that they recently recovered from the virus, are vaccinated or have tested negative in the previous 48 hours. The state only covers the test costs for those who cannot be vaccinated for health reasons.

Compulsory vaccination for people working in health-care has also been in place in Greece since September 1. Now, all employees in Greece who are not vaccinated have to provide a negative test twice a week to go to the office. They also have to cover the costs of the rapid antigen test (no more than €10) themselves.

Compulsory vaccination has been in place in France since mid-September. Not only do health-care personnel have to be vaccinated, but so do professions such as police and fire workers. As in Greece and Italy, employers cannot fire people who do not have the vaccine but it is possible to suspend them without pay. 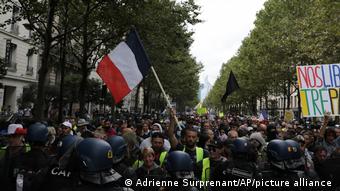 Protests against compulsory vaccination have taken place all over Europe

At the beginning of November, British Health Minister Sajid Javid announced that compulsory vaccination would come into effect in state hospitals and care homes from April 2022. By setting a date that is quite far off, he effectively acknowledged that he is aware that many members of staff will resist the requirement to be vaccinated and the National Health System (NHS) could face even greater personnel shortages in the middle of winter if the measure is implemented earlier. The requirement will apply only to England and there are no similar measures planned in Scotland, Wales, or Northern Ireland. 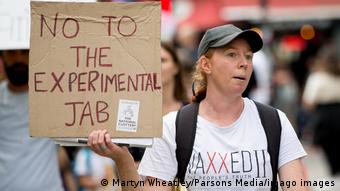 Spain is also debating whether to implement compulsory vaccination for all employees, not only those in the health sector. The Spanish employer's association is in favor, Health Minister Carolina Darias is not.

Some autonomous regions have proposed draft laws to introduce mandatory vaccination, but these have not come into effect. The Xunta de Galicia wanted to introduce a green pass scheme similar to that of Italy but withdrew its proposal after the central government in Madrid asked the Spanish Constitutional Court to review it this summer.

Given the high vaccination rate of over 85% among 20- to 69-year-olds and a nearly 100% rate among healthcare workers, it would probably be difficult to reconcile such a proposal with the Spanish constitution, which sets a high barrier for impingements on civil liberties. 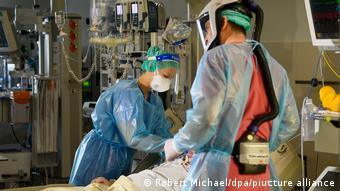 In none of these countries is the issue of compulsory vaccination uncontroversial. Tens of thousands have demonstrated against it. Thirty Greek doctors, nurses and paramedics have filed a lawsuit against it at the European Court of Human Rights in Strasbourg. So far, without success. In Italy too, 300 healthcare workers have taken the government to court. In mid-October, dock workers in Trieste launched a blockade of the port in order to put pressure on the government to put an end to the Green Pass or at least introduce free tests. The police broke up the blockade, but the protests continue.

How should Germany react to the worsening COVID situation?