The protesters are angered by health passes and mandatory vaccinations, as they believe those policies curtail freedom. European governments are ramping up pressure on the unvaccinated to get the jab. 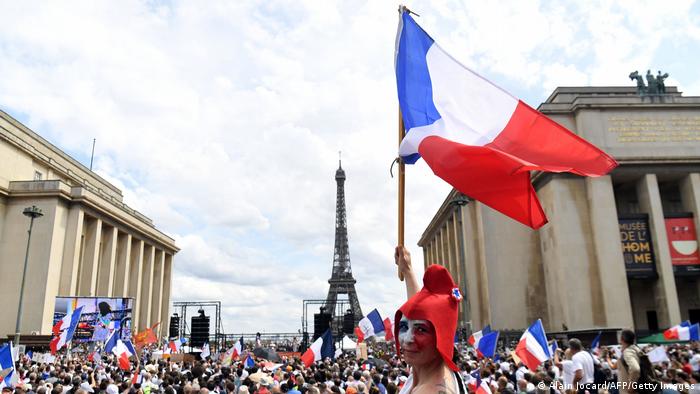 Thousands of Europeans took to the streets in France, Italy and Greece on Saturday to demonstrate against coronavirus restrictions and mandatory vaccination policies.

In France, some 160,000 demonstrators expressed anger towards French President Emmanuel Macron and the government in Paris and other major cities.

The protesters are incensed by a new bill requiring citizens to have a pass showing proof of vaccination or a negative COVID test result to enter restaurants and other public areas. The legislation was passed by the lower house of parliament on Friday, but is still being debated in the Senate.

The French demonstrators shouted slogans such as "No to the pass of the shame," while other protesters carried placards calling Macron a "tyrant."

The protesters clashed with police in the French capital, with authorities deploying tear gas and water cannons on marchers. French Interior Minister Gerald Darmanin condemned violence towards police and said nine people have been arrested.

Coronavirus cases have spiked in France over the past few weeks, with the government looking at new policies to prevent the spread of infection. The government recently made vaccinations compulsory for all health workers.

France cranks up pressure on people to get vaccinated

Thousands of protesters rallied across Italy on Saturday, from the major city of Turin in the north to Naples in the south.

The demonstrators are also angered by a government certificate requiring vaccination, proof of recovery or a negative test result to participate in public life. The protesters chanted phrases such as "Freedom!" and "Down with the dictatorship!" 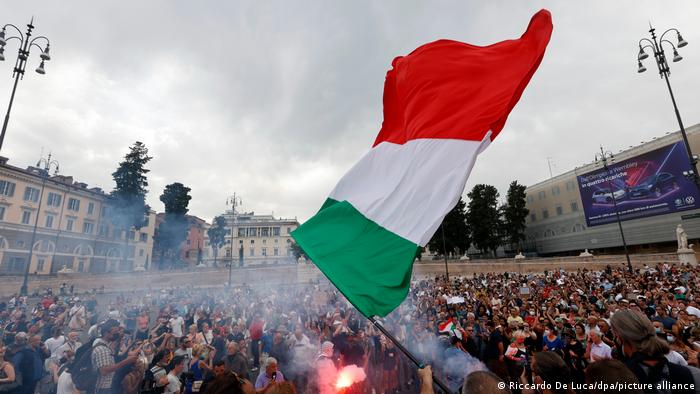 This certificate, known as the "Green Pass," will be mandatory from August 6. Italians will need to show the certificate if they want to partake in indoor dining or enter museums, gyms and other public venues.

Italian Prime Minister Mario Draghi defended the move due to the spread of the delta variant.

"The delta variant is even more of a threat than the other variants," Draghi said Friday.

"The Green Pass is not arbitrary, but a necessary condition not to shut down the economy. Without vaccinations, everything will have to close again," the Italian leader added.

In Greece, around 4,000 people protested outside of the Greek parliament in central Athens against mandatory vaccinations.

Police used tear gas on some of the protesters. One Greek official told Reuters news agency that some of the demonstrators were throwing petrol bombs.

Similar demonstrations have previously occurred in other European countries such as Germany, which is the home of the Querdenker (lateral thinkers) anti-lockdown movement.