Health Minister Jens Spahn has said a fourth coronavirus wave is in "full force" in Germany and called for more vaccine boosters for vulnerable groups. 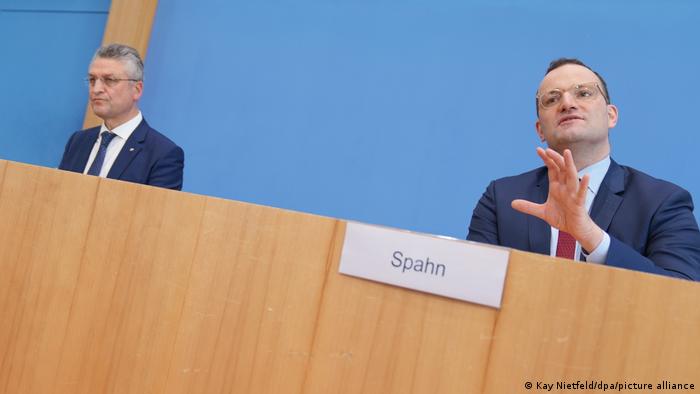 Top health officials warned on Wednesday that Germany is entering a fourth wave of the pandemic and called for more people to take a COVID-19 vaccine.

"If we do not act, this fourth wave will again bring a great deal of suffering. Many people will fall seriously ill and die, and the health services will be under extreme pressure again," Wieler said in Berlin. 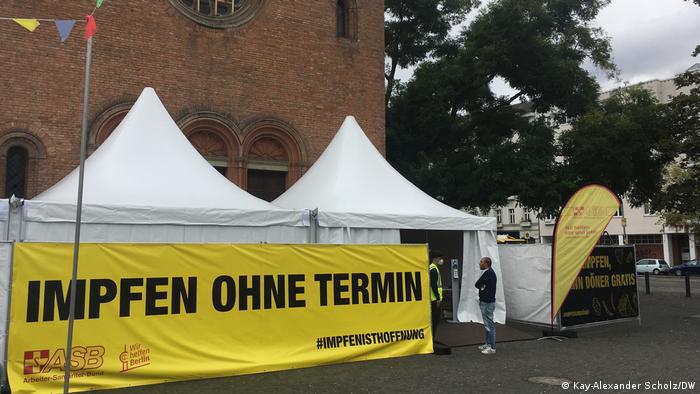 Over the past several months, life has largely returned to normal in Germany, with restrictions on public life eased and large events again permitted.

This has been done with regulations requiring checks to ensure that people are vaccinated, or have recovered or tested negative before entering public places such as concert halls, stadiums, restaurants, pubs and nightclubs.

Wieler said the worsening situation was caused by insufficient vaccination numbers and people failing to observe rules such as thoroughly checking whether someone has been vaccinated before allowing them into a public space.

The latest RKI figures for Germany show more than 20,300 new COVID cases over the past 24 hours, with 194 deaths. The nationwide seven-day rolling average of new cases per 100,000 people is at 146, the highest since May.

Vaccine breakthrough cases on the rise in Germany

'Pandemic of the unvaccinated'

"The pandemic is anything but over," Spahn said, adding that it is now primarily a "pandemic of the unvaccinated — and it is massive."

"The fourth wave is in full force," Spahn said, pointing to the rising number of patients in intensive care units in certain regions, especially those where the vaccination rate is lower.

Spahn recommended that Germany's states apply measures including ensuring better checks on vaccination status in public places and improved testing regimes for nursing homes and health care facilities, and for "many more" booster shots of COVID-19 vaccines to be made available.

Spahn said Germany's overall vaccination rate was still too low, and called for all states to offer boosters to residents older than 60.

More than 66% of the German population is fully vaccinated, but a recent survey showed that the vast majority of adults who have yet to receive a vaccine have no intention of doing so.

"If the pandemic situation in hospitals worsens ... then further restrictions for unvaccinated people are possible," Chancellor Angela Merkel said Wednesday through her spokesman, Steffen Seibert.

This could include a system known as "2G" in Germany, which excludes unvaccinated people from entry to public places. Under the so-called 3G regime, people with a recent negative COVID-19 test result are permitted entry.

Spahn also said a "2G" system could be enforced in especially hard-hit regions.

"It's nothing to do with vaccine bullying," he said, "but with avoiding an overloading of the health care system."

On Thursday and Friday, health ministers from Germany's 16 federal states are planning to meet and discuss what measures should be taken. Under Germany's federal system, health protocols are decided at the state level.

Some states are already moving forward with reimposing regulations. In the southern state of Bavaria, mask requirements are being reintroduced in schools.

In Hesse, home to the financial center Frankfurt, a new set of testing requirements is being set up for people visiting facilities such as hospitals or elderly care homes.

In Baden-Württemberg, unvaccinated people will need to show a negative PCR test to enter public places such as restaurants, bars and theaters.

Spahn reiterated that there is no plan among German government officials for a return to blanket lockdowns or contact restrictions for vaccinated and recovered people to contain the virus.