The state of Brandenburg will introduce new testing rules for nursing homes after a recent deadly coronavirus outbreak. Half of the employees were found to be unvaccinated. 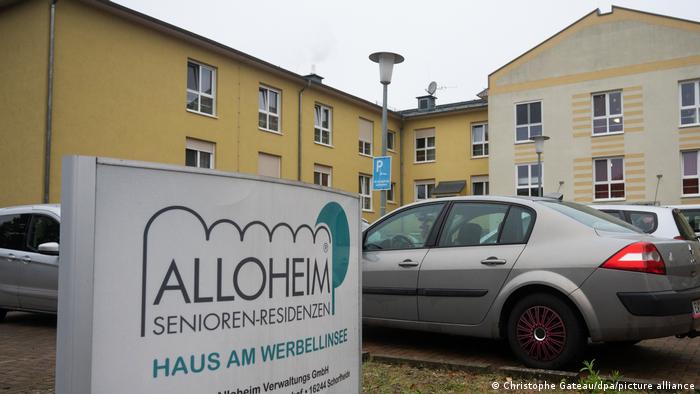 Almost a dozen residents of a nursing home have died as a result of a COVID outbreak, German media reported on Tuesday.

Only half of the employees at the home in the northern German state of Brandenburg had been vaccinated, the newsmagazine Der Spiegel reported.

"This is a very, very bad revelation," state Health Minister Ursula Nonnenmacher said. "This is exactly what we didn't want to see happen again after we had these serious cases in January and February."

As a result of the outbreak, Brandenburg ruled on Tuesday that, from now on, employees in nursing homes and clinics who have not been fully vaccinated must get tested every day in areas where the level of infection exceeds 100 out of 100,000 people in the past seven days.

All of the victims in the Brandenburg home had had prior health issues and most were over 80 years old.

The head of the nursing home has also been fined for entering the facility after testing positive for coronavirus, according to Der Spiegel.

Infections in Germany have been on the rise in recent weeks as the temperature drops and more people meet inside.

The spread of the highly contagious delta variant and the fact that about a third of the population has yet to be fully vaccinated are cited by officials as the main reasons for the climbing figures.

The Robert Koch Institute (RKI) for infectious diseases recorded more than 10,000 new infections in the previous 24 hours on Tuesday.

Vaccine breakthrough cases on the rise in Germany

Though vaccines have been proven to have a highly protective effect against the virus, these effects have been shown to wear off over time, increasing the risk for older people.

Germany's vaccine authority, STIKO, has recommended booster shots for all people over the age of 70.

Currently, unvaccinated people make up the bulk of those being admitted to hospital, but Christine Falk, president of the German Society for Immunology (DGfI), told dpa news agency that "in fall and winter, we will again see more infections even among the vaccinated, especially among those over the age of 70 and those with certain preexisting conditions."