The number of COVID-19 cases in Germany has risen sharply in the past week, reaching the previous milestone of 100 cases per 100,000 people. This time around, though, it's the number of hospitalizations that count. 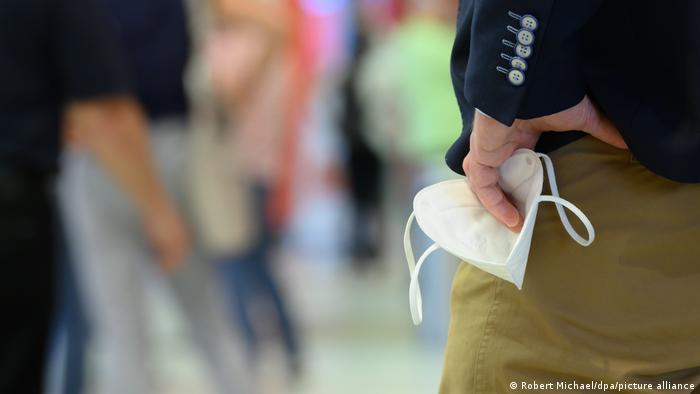 The figure — previously used as Germany's benchmark for lockdowns — is the highest since mid-May.

The number had risen considerably from Tuesday to Friday, from 75.1 to 95.1.

The incidence rates last topped 100 per 100,000 on May 13. At the time, the figure was still being used as a benchmark to assess whether communities could emerge from lockdown.

The rates are no longer considered as so meaningful, given that so many Germans have been vaccinated against the worst effects of the disease.

In Germany, the number of coronavirus patients being admitted to hospitals in the past seven days remains low.

That metric is now considered by the government to be the most important indicator in whether to retighten restrictions.

Germany's Robert Koch Institute (RKI) for disease control puts the number of patients admitted to hospitals in the past seven days at 2.68. At its highest, the figure at the end of December last year was at 15.5.

Some 86 COVID deaths were recorded within 24 hours across Germany to Saturday morning, up from 75 a week ago.

An end to national restrictions?

Germany's Health Ministry on Friday warned that infection rates were likely to worsen as winter sets in.

"With the rising infection numbers we are seeing an escalation of the situation," ministry spokesperson Oliver Ewald told the press in Berlin.

German state premiers on Friday agreed to urge the federal government to keep coronavirus measures in place on a nationwide basis.

State premiers and city mayors said the national framework should be retained to avoid a patchwork of watered-down state-by-state measures.

German Health Minister Jens Spahn said on Monday that he was in favor of letting the national provisions come to an end at that time.