In projected COVID rate, Germany sees way out of pandemic | Germany | News and in-depth reporting from Berlin and beyond | DW | 15.05.2021 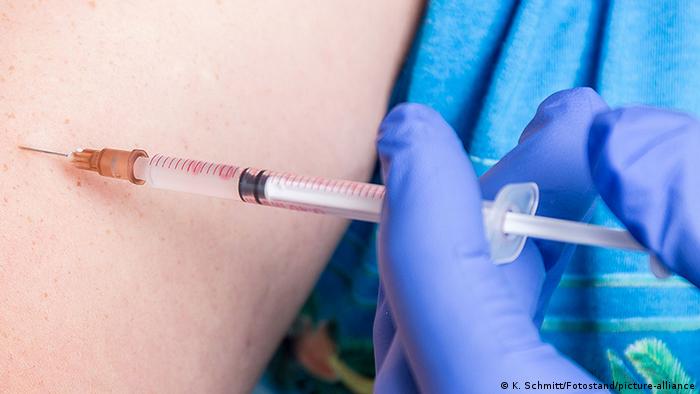 There's light at the end of the tunnel for Germany. The country's  seven-day incidence of coronavirus infections could fall to 50 new infections per 100,000 residents by late June, the physics professor Dirk Brockmann said. Germany's declining infections and deaths to COVID-19 appear thanks to the national vaccination rollout and social distancing rules, according to the professor and his team at Humboldt University Berlin, which creates mathematical models to project how the pandemic could develop for the Robert Koch Institute (RKI), Germany's national public health institute. The government relies on the RKI's expertise for managing the pandemic. 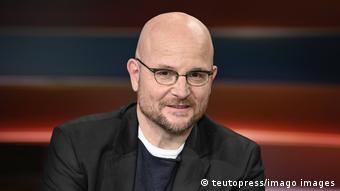 Brockmann's models assume 'everything goes according to plan'

The seven-day incidence will only drop to 50 cases or fewer per 100,000 residents if restrictions on social interactions and everyday life remain in place. Brockmann said: "Our projections are always based on the assumption that everything goes according to plan." The calculations would be out of date should, for instance, a new coronavirus variant begin to spread in Germany or other unforeseen events unfold.

Brockmann is deliberately cautious in making projections. In October, he and other researchers had warned of an impending second wave of infections. In January, they warned that a third wave — driven by the highly contagious B.1.1.7 variant first detected in Britain — would ensue. 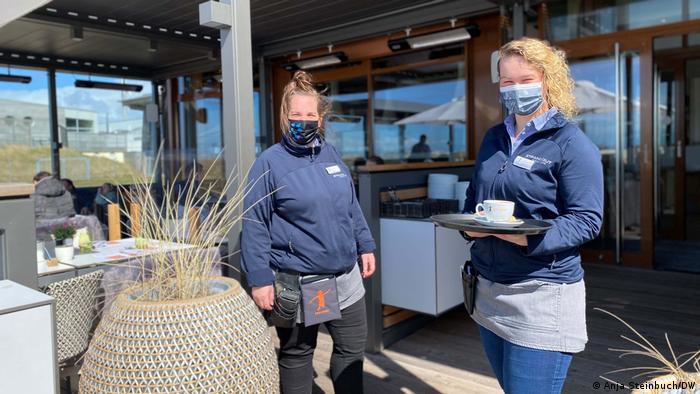 Many Germans want to visit bars and restaurants

In both instances, German lawmakers rejected imposing strict lockdowns as they had done in spring 2020 — even though this initial lockdown had proved highly effective in getting the situation under control when the virus first began rapidly spreading.

Brockmann is a member of the interdisciplinary NoCovid group of German researchers, among them virologists and epidemiologists, who want to see determined steps to stop the spread of the virus. They had advocated for a series of short-but-draconian lockdowns. Chancellor Angela Merkel supported the strategy but failed to win over state premiers, who in Germany's federal system are the ones largely responsible for implementing health policy.

A report published in the peer-reviewed medical journal The Lancet this week provides support to Brockmann's thinking. It found that strategies to eliminate the virus are more effective and cause less economic harm than more timid approaches. New Zealand, Norway, Finland and other countries have adopted radical strategies targeted at exterminating the virus, rather than leaving it to fester for months, as Germany has done, Brockmann said. He said the same logic applied to reducing traffic-related deaths.

"Nobody would say that 300 traffic deaths per year should be our target as that's an acceptable figure," he said. "Our target is always to avoid all deaths — even if this is impossible to achieve."

Many people in Germany yearn for coronavirus restrictions to be eased. They would like authorities to permit bars, restaurants and cafes to reopen outdoor seating areas, for example.

At a press conference this week, Health Minister Jens Spahn said the public would have to be prepared to accept the reimposition of restrictions should they be lifted in the near term.

"We have achieved a lot in the past weeks," RKI President Lothar Wieler said, urging that Germany stay the course of caution for now. "Let us continue down this path." For several weeks, new infections have been dropping "across all age groups and in all federal states." This is thanks to social distancing rules and Germany's vaccination campaign, Wieler said.

Germany is "on track" to slow the spread to a more acceptable level, Wieler said. Nevertheless, the virus continues killing people. "Each week, over 1,000 individuals die in connection with this infection," Wieler said. New COVID-19 cases are now highest among youths, he said, as most teens are not yet eligible to receive vaccinations.

For now, testing, socially distancing, wearing masks and regularly airing out rooms remain the most effective tools to prevent spread. "To get the virus under control, we will need 80% of the population boasting full immunity — either through complete vaccination or a former infection followed by vaccination," he said.

So far, only one in three Germans has received a first jab.

COVID in India: Life goes on as dead bodies pile up

As India records high daily death tolls, the second wave of the coronavirus has shown no sign of slowing down. However, for many, life goes on amid the sea of tragedy.