About 300 security personnel were needed for the operation as 14,000 people were evacuated. 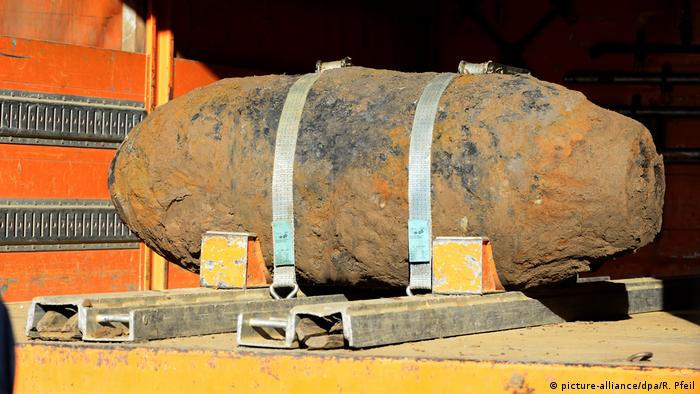 A bomb squad in the German city of Cologne was able to defuse a World War II ordnance near the city's university hospital, an operation requiring a major evacuation and some 300 members of the security and rescue services.

University Hospital Cologne is so large that 14,000 people had to be moved, including 8,000 hospital employees and 550 patients. Some 5,800 residents of the city's western Lindenthal neighborhood were told to leave their homes while the operation was underway.

The massive bomb was discovered on Wednesday evening, about five meters (16 feet) underground, as construction workers were excavating a new hospital construction project.

This was the second unexploded World War II-era explosive that has had to be defused in Cologne in less than a week. On Tuesday, a bomb had to be decommissioned in the eastern neighborhood of Deutz, a major transport hub, and threw local and regional transportation into chaos.

Experts believe that about 10% of the bombs dropped on Germany by the Allied Forces during the Second World War did not detonate on impact, which means there could be tens of thousands of tons of unexploded ordnances across the country.

Seventy-five years on from the end of the war, some 2,000 tons of undetonated munitions are discovered in Germany every year.

An aging chemical detonator caused a World War II bomb in western Germany to explode without an external trigger. The resulting crater had some residents mistaking the blast for a meteor. (24.06.2019)