Defusing bombs dropped over Germany during World War II is Horst Lenz's calling. He is summoned around 1,000 times a year to clear explosive devices. Lenz is guided by Murphy's Law: Anything that can go wrong, will. 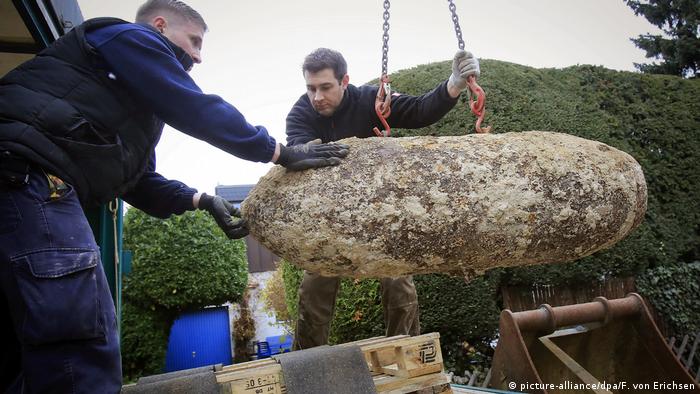 Between 1940 and 1945, some 2.7 million tons of bombs were dropped on Europe by US and British forces, half of which landed in Germany. Of the roughly quarter million bombs that did not explode, thousands are still hidden underground all over the country.

Horst Lenz has been defusing bombs since 1984. The 63-year-old director of the Explosive Ordnance Clearance Service in Rhineland-Palatinate and his team of 15 is called in when bombs are found around the state. Last year they found around 35 tons of munitions and munition parts, including 63 unexploded bombs, 319 incendiary devices, 11 anti-tank mines, 444 grenades and 5,045 kilos of bullets.

Read more: Ticking time bombs on the bottom of the North and Baltic Sea

DW: What kind of training is necessary to disarm bombs?

Horst Lenz: To start with, you accompany personnel for a long time, and then if you have a suitable personal situation, we offer training. It used to be that you were almost like one of the chosen people. I did my training in the German Army in Meppen.

What qualities do you need?

It's an advantage if you have been trained in metalwork, that is, mechanical engineering, metal engineering, toolmaking. That is very good because you have to be able to read technical drawings to understand the processes within the ordinances or the ignition system, as the case may be.

You must also need to be rather calm and able to keep a cool head.

Yes, Rambos have no place here.

How did your family react when you decided to do this?

I would say it was mixed … It is a very fine thing when you find a profession that you feel is your calling. It is worth at least as much as winning the lottery. I like to say that half of one's time is spent at work, if you take away vacations and weekends, and it's a long time that you have to spend doing something or other. And then there's the question of whether you do something out of interest or simply to earn money. For me, it's a matter of interest. 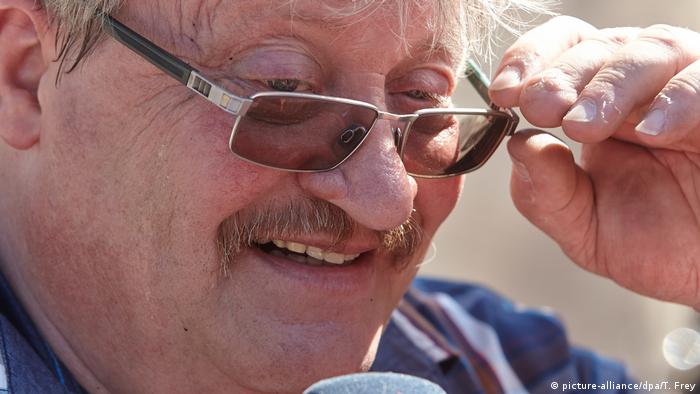 Lenz says he always took an interest in bombs. He sees his work as his calling

I can hardly imagine one does such a job simply for the sake of money, as it is so dangerous.

Every technical profession involves danger. I think the likelihood of being killed as a truck driver isn't lower than for us. It's just about the way you get killed: With the truck driver, it's mundane; with us, it's exotic — it's exotic when in 2019 someone is killed or badly injured from handling munitions from a war that came to an end 74 years ago now.

Every day in every technical profession there are deaths. If you keep that in mind, you can deal with it more easily. I think everyone who works in this occupation builds their own bridges that they can use.

Has your work changed your attitude toward life?

Yes, I think so. I have learned to rethink every step I take extremely often. It's an issue of flesh and blood exercises — quick and spur-of-the-moment decisions are not necessarily called for. You must reconsider every step you take repeatedly: Am I doing anything that cuts off my way back? You can quickly create a situation that can no longer be reversed, and then things happen according to Murphy's Law: If something can go wrong, it will go wrong.

In all the years you've been defusing bombs, are there any cases that stand out?

Yes, we had a long-delay detonator bomb in Mainz. We tried to disarm the ignition with a remote-controlled bomb disposal device since we had it on hand. That failed. So I had to actually go there and dismantle this extremely heavy device to see what the situation was. While dismantling it, there was a little noise, a kind of click. Once the thing was off, a device that had covered everything so you couldn't see the ignition, we dismantled the ignition, and it became clear that during the failed attempt, or else when I had tried to dismantle the device, it had been triggered. If everything had functioned properly, we wouldn't be talking to each other today.

You are skeptical when it comes to robots.

That's what I mean: remote-controlled bomb disposal devices. There is an outsized trust in technology, which in my view is a mistake in this profession.

In most of the cases I have seen so far, [robots are not] even an improvement to the security situation, because the installation is so complex. The idea is to minimize the amount of time spent in a dangerous area, but it takes at least as long as when you do it by hand, and in most cases significantly longer. 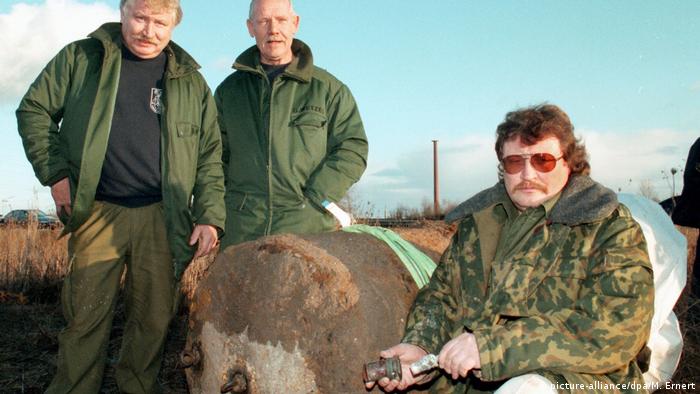 You are constantly under stress. How do you manage?

No, not at all. I am at peace. It's not that what happens doesn't matter to me, it's that I can assess relatively well what is in front of me, where the potential dangers lie, and that is about 99 percent of what is necessary to do one's job. And then there's another little thing that some people like to overlook today: I believe in God and I think he has protected me on numerous occasions.

You must have been afraid when you first started. Are you still fearful sometimes?

Not fearful in the sense of panicked. Fear is a good thing. "Concern" is actually a more fitting term because fear is something that can slip into the irrational, actions are taken that are no longer logical — and that cannot happen.

Apprehensions, distrust and always asking oneself: Is what I am doing sensible, is it adequate, or do we need to readjust something in one place or another? [That is good.]

Does extreme heat make a bomb more likely to detonate?

A detonation is a chemical-physical process: A shockwave is set in motion and the explosive material is stimulated to detonate. Once chemistry comes into play, an increase of something like 10 degrees (Celsius, 18 Fahrenheit) increases the sensitivity to a certain extent. The reactions take place more quickly, the warmer the substances are. That's why munitions must be protected from direct sunlight. But that can't always be avoided. If the sun shines on an explosive, [chemical] changes can take place that could possibly lead to self-detonation. There is one case in which that follows 100% of the time: munitions that are loaded with white phosphorus. Every year when it starts to get warm there are cases of self-detonation from white phosphorus.