People in Germany are no strangers to finding WWII unexploded bombs in gardens or construction sites. Although it happens regularly, one man's relaxed approach to disposing of his find alarmed authorities. 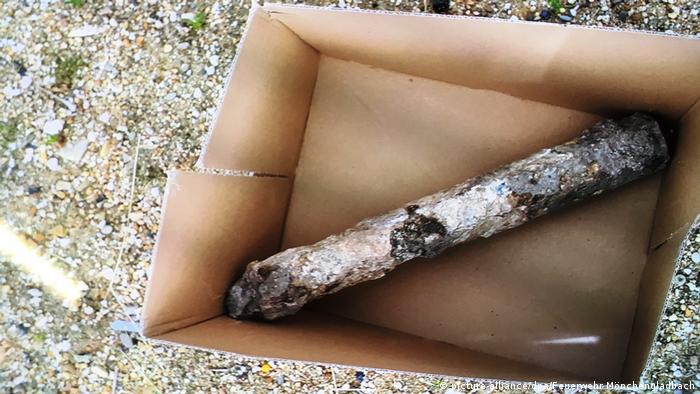 The discovery of an unexploded World War II bomb in the western German city of Mönchengladbach on Thursday had firefighters holding their breath — but not for the usual reasons.

According to city officials, a man uncovered a rusted piece of metal that was around 40 centimeters (15.7 inches) long while working in his garden.

The metal cylinder turned out to be an unexploded incendiary bomb, one that was likely dropped in a British air raid during WWII.

Instead of calling the authorities to send in a team of experts to examine his find, the man picked up the unexploded bomb, put it in a cardboard box and drove to the fire station.

Upon realizing that they were dealing with a bomb, firefighters placed it in a closed-off area outside and covered it with dirt. They alerted a bomb disposal team in the nearby city of Düsseldorf, who will dispose of the incendiary bomb.

It was not immediately clear whether the man knew he'd come across a bomb when he decided to drive it to the station himself.

Nevertheless, Mönchengladbach officials cautioned all residents to never "touch, move or transport" devices that could be unexploded WWII bombs or munitions.

"In all cases where an explosive ordnance is found, utmost caution is required!" the city said in a statement.

They urged residents to call the police or firefighters should they come across an object believed to be a WWII bomb.

In May, a bomb partially exploded while it was being defused in the eastern German city of Dresden.