The new French president stunned businesses by appointing Nicolas Hulot, an anti-nuclear and anti-pesticide environmental activist, as the country's environment minister. But some suspect it is just a political gesture. 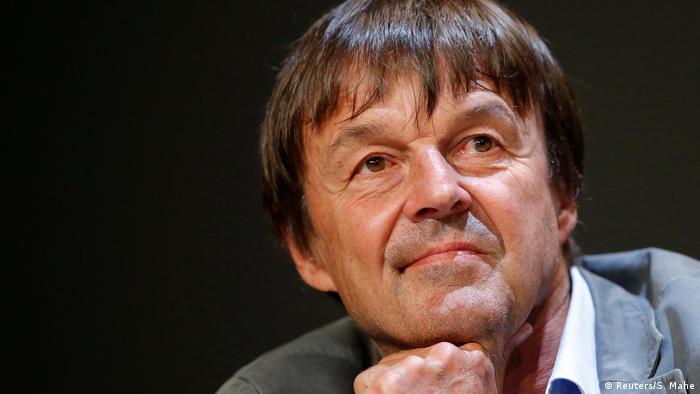 Nicolas Hulot, France's most famous environmental activist, is known for making waves. As a famous television personality, he has used his television show as a platform to attack pesticides, nuclear power, and even capitalism as a whole. "Our model is not sustainable," he has declared.

Last week, France's new president Emmanuel Macron nominated Hulot, widely known for his nature documentaries, to be the country's next environment minister. It was a surprising name in a list of cabinet nominations that were mostly center-right and market-friendly.

Hulot, who supported Macron's far-left rival Jean-Luc Melenchon, has been a noted opponent of free trade deals - something Macron champions. Hulot ran unsuccessfully as a Green political candidate in 2012.

He stands in particular contrast to Macron's nominee to be prime minister, the center-right Edouard Philippe. Philippe worked as a lobbyist for French nuclear energy group Areva from 2007 to 2010.

Now, companies are scrambling to figure out whether the appointment could mean an increase in environmental regulation - and a drastic phaseout of nuclear power - or whether it is merely a political gesture. 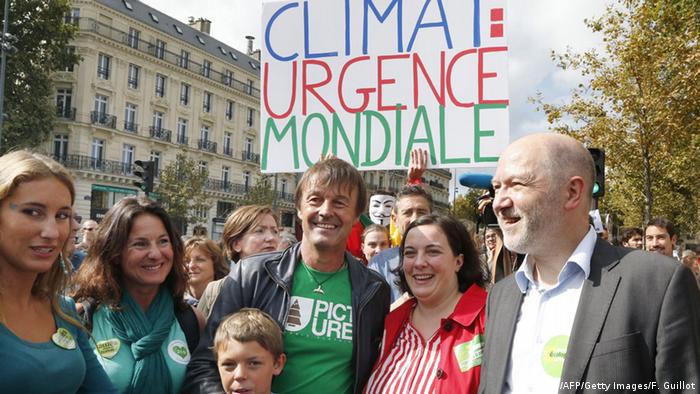 Macron's new En Marche party must secure a victory in French parliamentary elections in two weeks' time, in order for the new president to implement his ambitious agenda and keep his nominated team in place.

But Macron is facing difficulty attracting voters from the left to his young movement. In that sense, having a famous activist on his team will likely help his party in the upcoming election.

Potential negative outcomes, she said, could be the closing of the Fessenheim nuclear power station, a refusal to extend existing reactors, and financial limitations of EDF.

Since the announcement, an official government spokesperson tried to play down any conflict by stating that a minister's mission is to implement the president's policy, and that the minister cannot come in with his or her own set of conditions. EDF share values went back up within a few days.

"The movements we have seen last week seem very erratic and too emotional, there is no rationality behind that," says Tueni.

Georg Zachmann, a senior fellow with the Brussels-based think tank Bruegel, says Hulot's position on nuclear is in fact not that different from what was spelled out in Macron's campaign manifesto. Nuclear power provides three-quarters of France's electricity today, and Macron has pledged to cut that to 50 percent by 2025. 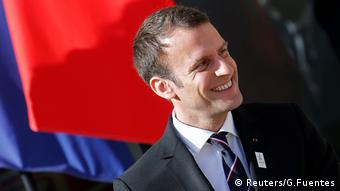 But public reaction to the appointment may mean that many people didn't believe Macron will follow through on such a large reduction of nuclear in France's energy mix.

"I still think Macron's plan is a massive and very ambitious program," Zachmann told DW. "It's probably not yet seen as fully realistic by many people in France, because 2025 is virtually tomorrow in terms of building new power plants and replacing such a huge share of nuclear.”

Environmentalists also seem unsure about what to make of the appointment of one of their own to Macron's cabinet. Hulot has taken very public stances against pesticides and genetically modified organisms (GMOs), a controversial topic in France.

This may change the way France votes on some of these issues at EU level, for instance on reauthorization of the Monsanto pesticide glyphosate.

But at the same time, there is uncertainty over how much power he will have to take such decisions - and some suspect he may just be the "green face" of a dirty government.

"We feel like this nomination of Hulot might be an ecological oasis in a desert," said Suzanne Dalle, an environmental activist with Greenpeace France. "We don't know if he will get the power he needs to put in place interesting [policy measures] for the environment."

She added that it is not yet clear whether Hulot the politician's positions on issues like pesticides and GMO will match the positions of that of Hulot the TV personality.

Hulot himself has expressed similar uncertainty. "I think, although I am not sure, that the new political situation offers an opportunity for action - and I cannot ignore that,” Hulot said on Twitter after the announcement.

At 62, this is not the first time Hulot has been offered a spot in government. He has advised former presidents Jacques Chirac, Nicolas Sarkozy and François Hollande on environmental issues - but refused to join their governments.

Macron, he suggests, is the first president under which he thinks it will actually be possible to influence the government, rather than being a mere showpiece.

Though he can be bombastic in his television programs, Hulot has cordial relations with the business community. He runs an environmental foundation which has many corporate sponsors, including EDF. Over time, he has also softened his language on nuclear power, recently telling a French newspaper that the nuclear phaseout cannot be "imposed by force" and that it will take time.

"In my personal opinion, he's not really on the left wing - he's done a lot under the Sarkozy government, which was a right-wing government," Dalle told DW. "But what's clear is that he's the most famous ecologist [in France], because of his job as a famous TV host."

WWF France has also reacted with caution to news of the appointment, saying in a statement that they will be "both constructive and demanding towards Nicolas Hulot and the government he is joining."

France's President Emmanuel Macron has unveiled his cabinet in Paris - an assortment of right- and left-wingers, political professionals and technocrats, young and old. But will they be able to work together as a team? (17.05.2017)