Heinz Hermann Thiele had criticized a €9 billion rescue plan that would see the government take a 20% stake in the embattled flag carrier. But a day before a shareholder vote, the investor signaled his support. 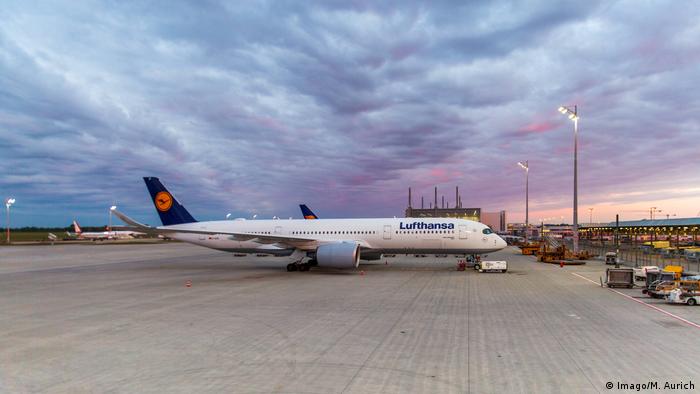 Lufthansa shareholders are gearing up to vote on a €9 billion ($10 billion) bailout plan that the cash-strapped airline has negotiated with the German government in a desperate bid to stay afloat.

The German flag carrier, which is bleeding €1 million of cash reserves each hour as sweeping global air travel restrictions to contain the coronavirus keep most of its aircraft grounded, has called on investors, unions and proxy advisory firms to urge shareholders to vote in favor of the proposal.

Lufthansa's bailout plan had faced a major roadblock in the form of German billionaire Heinz Hermann Thiele, who was originally opposed to the German government taking a 20% stake in the airline as well as two seats on its supervisory board as part of the deal. With only 38% of shareholders registered to vote, Thiele, who is Lufthansa's biggest shareholder with a 15.5% stake, could have effectively torpedoed the deal that requires the backing from more than two-thirds of shareholders.

In the latest twist on Wednesday evening, Thiele told the media he would back the rescue paln after all as he would not like to be seen responsible for driving the carrier into insolvency.

Earlier this week, German Finance Minister Olaf Scholz defended the government package after a crisis meeting with Thiele, calling it a "good, carefully considered proposal" that had already got the backing of the European Commission.

Who is Heinz Hermann Thiele?

Thiele, one of Germany's richest men, owns a majority stake in Knorr-Bremse, the world's leading braking systems maker for rail and commercial vehicles. He joined the company's legal department in 1969 before going on to buy the company in less than 20 years. Thiele and his family made around €3 billion by taking the brake maker public in 2018. He also owns a 50% stake in railroad equipment maker Vossloh.

79-year-old Thiele is an outspoken critic of German Chancellor Angela Merkel for her immigration policy and her support for sanctions against Russia. He described her as "autocratic" at a Bavarian Industry Association event in 2018. 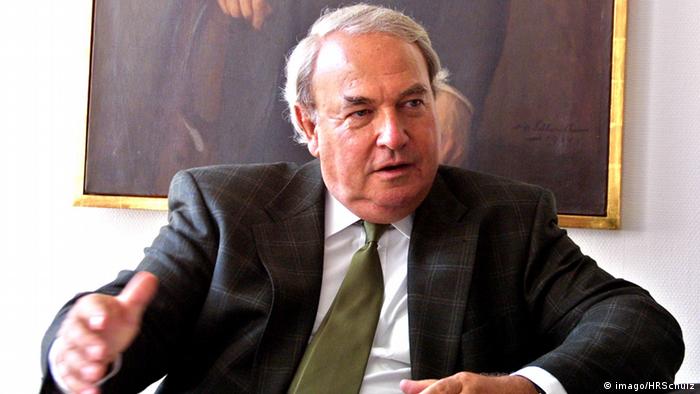 Why did Thiele oppose the bailout plan in the beginning?

Thiele had criticized the government's plan to build a stake in Lufthansa in a bid to rescue the beleaguered airline, saying that he was convinced that the "state is not the best entrepreneur." In an earlier FAZ interview, he opined that the rescue plan ignored the interests of Lufthansa shareholders and instead favored the German taxpayers.

"The federal government should limit itself to the financial aid packages, which are in principle very positive, and should not grow into the role of a return-oriented investor," Thiele told the newspaper.

Thiele, like many other shareholders, was also concerned that the share sale to the government would dilute his stake in the airline, which he has boosted only in the past few weeks. While other major shareholders seem to have agreed to swallow the bitter pill with the airline staring into insolvency, Thiele was rumored to have other plans.

Last week, Thiele announced plans to sell some of his stake in Knorr-Bremse to raise about €750 million, giving rise to speculations that perhaps he was building a war chest to eventually expand his influence in Lufthansa, if the deal were to fall apart. Adding to speculations, Thiele's KB Holding said the proceeds from the share sale will be used to support the billionaire's "other private investments."

COVID-19 has taught us that individuals and governments can act together for the greater good. In bailing out Lufthansa, the German government is showing a shocking lack of solidarity over climate protection.  (27.05.2020)

Tens of thousands of jobs could be cut at German airline Lufthansa. Executives said Thursday personnel costs had to be reduced drastically to ensure a better restart following the coronavirus crisis. (11.06.2020)

Coronavirus: Where the state wants control over airlines

Following the devastating impact of the coronavirus crisis on aviation, Germany's Lufthansa can now expect a financial lifeline from the government. Critics have slammed it, but state financing for carriers is not rare. (26.05.2020)