A Trump presidency could reset the UK's "special relationship" with the US. But a post-Brexit Britain could also result in the EU and the US turning their backs, as Cristina Burack reports from London. 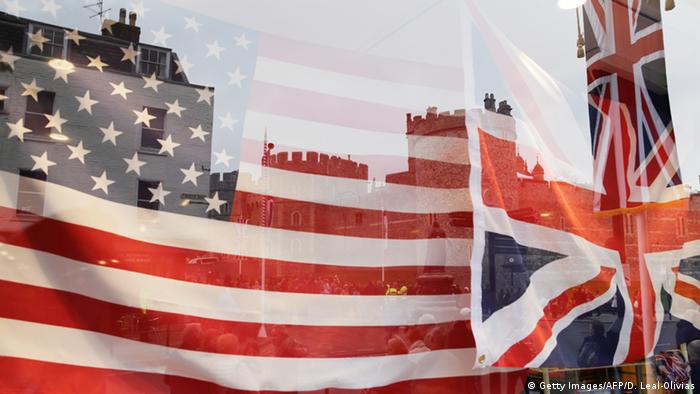 "You would certainly not be back of the queue, that I can tell you."

With these words, US President-elect Donald Trump enlivened the hopes of many British politicians that a Trump presidency would re-invigorate the "special relationship" between the two.

At first glance, Trump's cultural and business ties to the United Kingdom, his support for Brexit, and the shared political currents of discontent that fueled the Brexit and Trump votes seem to make them natural political bedfellows. Yet Trump and May remain opposed on many issues. As no one yet knows what a Trump presidency will look like, Great Britain could end up isolated between the EU it chose to leave and a United States that retreats back across the Atlantic. 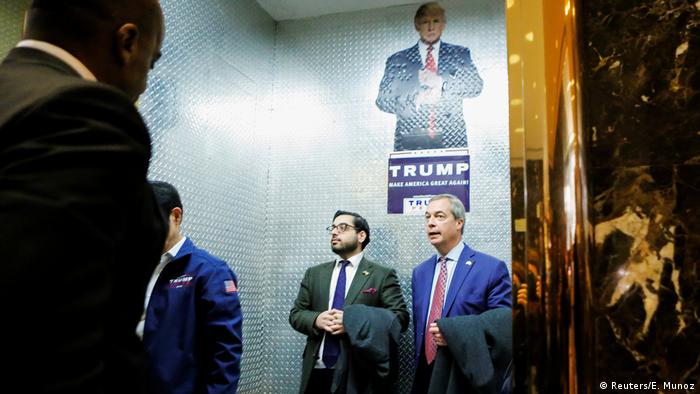 Though the Brexit vote expressed the frustrations of many British citizens toward globalization, Prime Minister Theresa May's post-Brexit policy remains committed to liberalization and open trade. With Foreign Secretary Boris Johnson at the helm, the UK has embarked on a quixotic quest for access to the European single market without participation in the European customs union and freedom of movement.

Add to this stalled TTIP negotiations and Trump's desire to retreat from the Obama/Merkel collaboration, and the time seems ripe for a US-UK trade agreement. In a Times op-ed, former British Ambassador to the United States Sir Peter Westmacott pointed out that the United Kingdom is "…the biggest foreign investor in the US, does more than twice as much trade with America than with Germany, its next biggest partner, and prides itself at being good at talking to the Americans."

Kevin Featherstone, Head of the European Institute at the London School of Economics and Political Science, also thinks that American and British economic history could bode well for an agreement. "With the ending of TTIP and the election of Trump, Washington may well respond positively" to British outreach on a free-trade deal, he told DW.

However, Chatham House Europe Programme Research Fellow Thomas Raines remains skeptical of this possibility, noting Trump's vehemently anti-free trade campaign rhetoric. "Politically at least, [Trump's] administration and some pro-trade Republicans in Congress may be supportive of the idea… However, the UK will not be able formally to negotiate such an agreement until it has left the EU (so 2019 at a minimum) and there would still be many areas of complication - such as environmental standards and financial regulation," he told DW.

A Trump presidency also raises uncertainties on future foreign policy collaboration. Featherstone sees Trump as more oriented toward the United Kingdom than the Pacific-focused Obama. "Trump knows Britain better than other places and he may be open to British flattery," Featherstone said. "But Trump puts at risk a cornerstone of British foreign policy: NATO."

Additionally, Trump's overtures to Vladimir Putin could shift existing US-UK military coalition alliances. Trump's suggestions that as president he would align the US with Russia on action in Syria threatens to undermine British military involvement in the region against the Islamic State.

Alternately, a decision to decrease US involvement abroad would leave a power vacuum on the world stage. Despite Brexit-supporters' promised image of an increasingly-prominent "Global Britain," Featherstone does not think the UK could fill the international void left by an isolationist US. 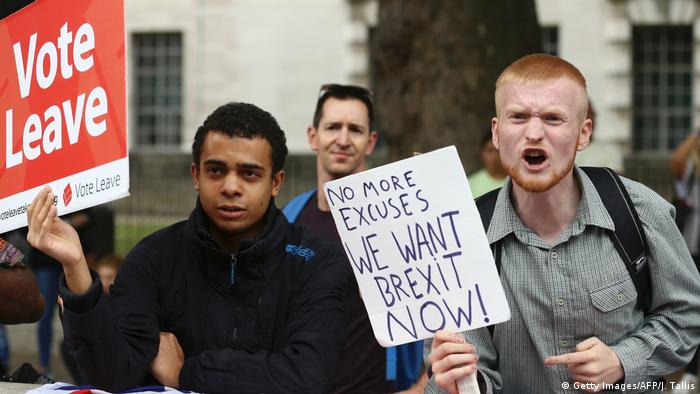 "Post-Iraq, and reinforced by the experience of Libya, UK public opinion is wary of further security adventures. London lacks the will and capability to be a separate military power…. Britain has often followed Washington, but it can't lead separately from it."

Raines, however, sees the potential for Britain to benefit from American disengagement and take a global lead in international development.

"The UK and US are the world's two largest international donors of official development assistance and humanitarian aid, but this may suffer under a Trump presidency. There may be an opportunity for the UK to become the leading developed economy supporting the international development agenda and the UN-agreed sustainable development goals."

A bridge too far?

Trump and Brexit - a clash of generations

In a past era, the UK might have become a go-between Washington and Brussels. Raines notes that the UK historically played this role, but it depended on Britain exerting influence on the EU from within as a member.

Featherstone also does not believe that London can be the link across the Atlantic and the Channel. "The world of diplomacy has changed," he said. "A UK government cannot offer enough to either [the EU or the US] and neither will actually need a bridge via London."

Tim Bale, politics professor at Queen Mary University in London and an expert on the Conservative party, has a similar view.

"The UK has always harbored the illusion that it could be a bridge between the US and the EU," he told DW. "But it's precisely that - an illusion. The US doesn't need the UK to talk to the EU… The same goes for the EU.  The UK from now on is likely to be pretty much what we in the UK call a 'third wheel' in any US-Europe relationship."