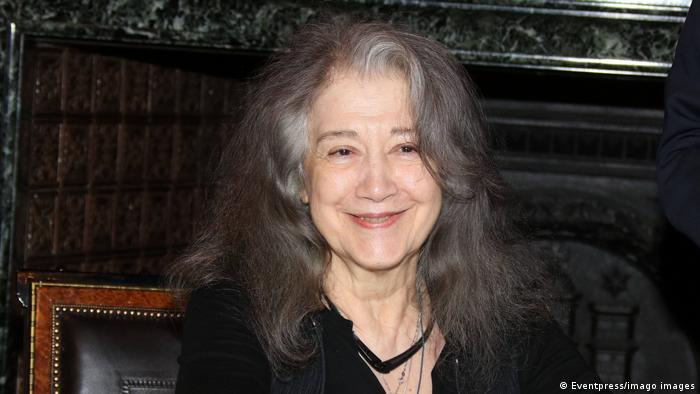 At the age of 80, Martha Argerich remains an incomparable virtuoso, a performer marked by special charisma and nuanced, agile technique.

She is also regarded as a moody and unpredictable diva. Over the years, her energetic performances and her signature long mane — once dark, now graying — earned her the nickname "lioness" of the piano. 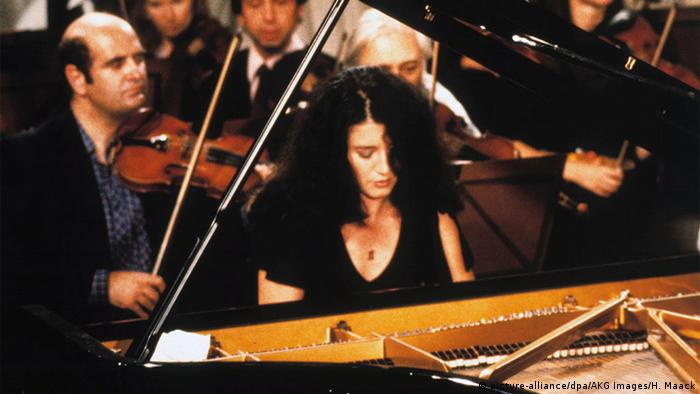 From Buenos Aires to Europe

Argerich was born on June 5, 1941, in Buenos Aires. Her maternal grandparents were Jews who had fled to Argentina to escape the antisemitic pogroms of tsarist Russia in the early 20th century.

She began playing the piano at the age of three. To her mother, Juanita, it was immediately clear that the child was a genius. Argerich was seven when she gave her first public concert. From that moment on, the life of the family started revolving around the career of the incredibly talented daughter.

In 1954, when Argerich was 13, her mother managed to speak to Argentine dictator Juan Peron. Shortly after, she and her husband secured positions at the Argentine Embassy in Austria, giving the family diplomatic status and allowing Martha to study in Vienna.

Argerich never got up before noon, became a chain smoker and gave birth to her first child at the age of 20; nevertheless, her talent was undeniable and she won one competition after another.

In 1957, she received first prize at the renowned Ferruccio Busoni International Piano Competition in Bolzano, Italy, and in 1965 she won the legendary International Chopin Piano Competition in Warsaw, Poland. As in her debut as a 7-year-old, Argerich played Beethoven's Piano Concerto No. 1. The audience went wild, jury members wiped tears from their faces, journalists lined up for interviews. She had become a star before she had even turned 25. 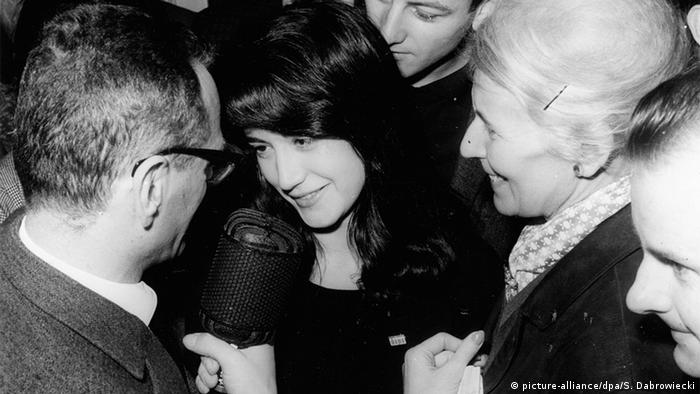 Martha Argerich was mobbed by the press and fans after winning first prize in the Chopin Competition in Warsaw, Poland, in 1965

Daniel Barenboim, the Argentine-born conductor, pianist and childhood friend of Argerich, described the virtuoso's special talent in The Washington Post: "From the beginning, she wasn't … only concerned with dexterity and speed. She mastered those as well, of course, but her fantasy enabled her to create a very unique quantity and quality of sounds on the piano."

In the following five and a half decades of her career, Argerich experienced many private setbacks but hardly any professional ones. She played brilliantly and with devotion as she honed her incomparable style.

She also seemed to have a special connection to the composers whose works she regularly performed: Frederic Chopin, Robert Schumann, Franz Liszt, Maurice Ravel, Claude Debussy, Sergei Prokofiev, Igor Stravinsky, Peter Tchaikovsky and, of course, Wolfgang Amadeus Mozart and Ludwig van Beethoven. She has been known to say such things as, "Schumann likes me," or "Prokofiev never lets me down."

However, Argerich became infamous for canceling performances at short notice. The first time took place when she was 17. She cited a finger injury as the reason and deliberately cut her finger to legitimate the story. Later, to avoid canceling, she simply would not sign a performance contract until the evening of the concert. Promoters and audiences accepted such conditions in order to experience "La Martha" live onstage.

As much has been written about Argerich's private life as her musical career. She gave birth to three daughters by three men — all musicians. In addition, she had numerous relationships throughout her life, especially with famous conductors and fellow pianists — though her love interests apparently also included violinists and cellists.

In a 2011 biography of Argerich, French journalist Olivier Bellamy — one of few with intimate knowledge of the pianist — attested to her "chaotic lifestyle" but also to her warm, almost motherly way of dealing with people. This rare talent provided Argerich with close lifelong friendships, such as with Barenboim.

The support of friends helped Argerich get through tough times, including a cancer diagnosis in the 1990s. Pianist Stephen Kovacevich, to whom Argerich was briefly married in the 1970s, broke off his world tour and rushed to Los Angeles, where Argerich underwent surgery. The next day, Barenboim and another childhood friend, conductor Zubin Mehta, were also standing in Argerich's hospital room with a bouquet of red roses. 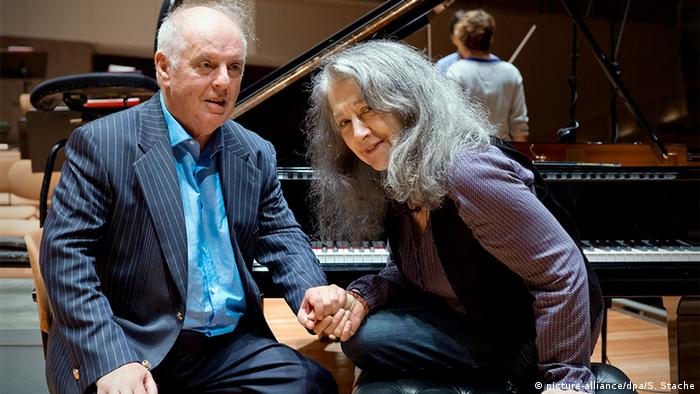 Another declaration of love is the 2012 documentary film Argerich — Bloody Daughter, in which Stephanie Argerich, the youngest of the pianist's three daughters, paints a tender, humorous portrait of her legendary mother.

Argerich, who lives in Geneva, Switzerland, is celebrating her 80th birthday with her friends, children and grandchildren. Shortly thereafter she will be off to Hamburg, where she will be hosting her own festival at the end of June.

The opening event will feature Argerich performing with Barenboim; however, some of the 12 concerts may have to be rescheduled due to the pandemic.

Nevertheless, she has no plans to stop making music: According to Argerich herself, music is something that she can do rather better than everyone else.

This article was translated from the German.

Despite accusations of bullying, conductor Daniel Barenboim's contract has been extended up to 2027. Beyond the controversy, he is considered one of the most influential stars of the classical music world.

Israeli Ohad Ben-Ari has been living in Berlin since 2010. The Berliner Philharmoniker commissioned him to compose "Violins of Hope" for the 70th anniversary of the liberation of the Auschwitz concentration camp.

A "Concert for Peace" headed by star conductor Daniel Barenboim, and a later rally by literary luminaries at the site of the Nazi book burnings, bookended a day of solidarity with Ukraine.