Despite accusations of bullying, conductor Daniel Barenboim's contract has been extended up to 2027. Beyond the controversy, he is considered one of the most influential stars of the classical music world. 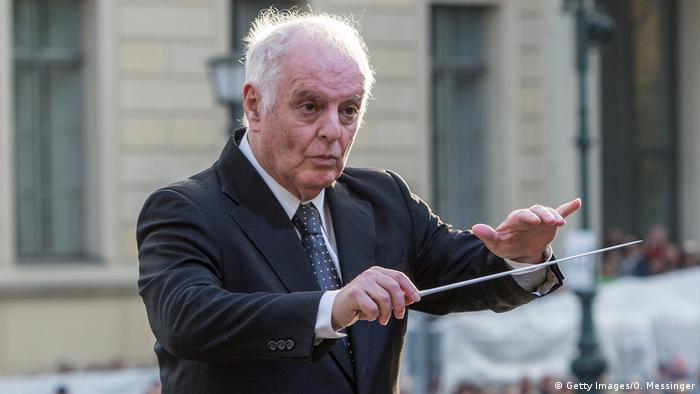 The Staatsoper Berlin (Berlin State Opera) announced on Tuesday that it is extending its contract with its general music director, Daniel Barenboim, up to 2027.

"Daniel Barenboim is an exceptional artist, for whom the world of music and the city of Berlin have a lot to be thankful," said Berlin's culture senator, Klaus Lederer.

The press conference, convened at the last minute, had fueled speculation on Barenboim's future in Berlin.

Barenboim's previous contract stated that he would remain at the head of the Staatsoper through 2022, but the conductor said he was ready to renegotiate it after  accusations of bullying came out earlier this year.

Several musicians had complained complained anonymously about Barenboim's autocratic approach, criticizing him for personally insulting them and having a belligerent behavior towards them.

At the time, the opera's administration had reacted to the scandal by insisting that their confidence in the chief conductor Daniel Barenboim "remained untouched," despite the criticism. They had also stated that they were looking forward to "more years of successful cooperation." Tuesday's announcement confirms the position.

In 2000, Barenboim was given the title of "conductor for life" for the Staatskapelle Berlin, the resident orchestra of the Berlin State Opera, which he has been directing since 1992.

The 76-year-old conductor said he was pleased with the board's decision, adding that if he were however to lose his strength due to health reasons, he would "leave immediately."

Acclaimed for his musical genius, the pianist and conductor who is a citizen of Argentina, Israel, Palestine, and Spain is seen as one of the most influential classical musicians in the world. His Barenboim–Said Akademie in Berlin, which brings together music students from different Middle Eastern countries including Israel, has been lauded as a peacemaking initiative.

Daniel Barenboim, 73, has had an unparalleled musical career both on stage and as founder of a Palestinian-Israeli orchestra for peace. Now he's launched a YouTube channel focused on one main theme: human beings. (16.08.2016)

A "Concert for Peace" headed by star conductor Daniel Barenboim, and a later rally by literary luminaries at the site of the Nazi book burnings, bookended a day of solidarity with Ukraine.

The goalpost of the Beethoven anniversary year? No, it's only in the middle of a now two-year bash, with major events still to come.