How Robert Schumann's final city is keeping his memory alive

The insane asylum in Bonn where composer Robert Schumann died now hosts a music festival in his honor. Festival co-founder Markus Schuck explains what makes the city's connection to Schumann so special. 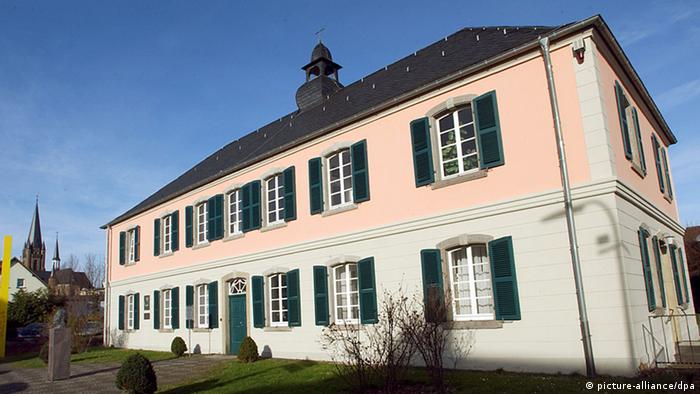 Founded on personal initiative, the Schumannfest Bonn runs from June 6-18 and is curently celebrating its 20th anniversary. The main venue is the Schumann House in the city district of Endenich. After a failed suicide attempt in Dusseldorf, the composer was admitted at his own request to the mental health care facility once located there and died in the asylum in 1856, aged 46. As it stands today, the house is a credit to a German-British friendship, as Markus Schuck, initiator and director of the Schumann Festival, explains in an interview with DW.

DW: Why do we have a Schumannfest in Bonn? 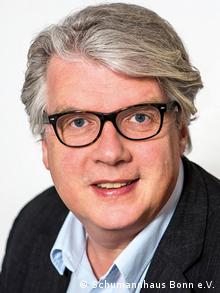 Markus Schuck: It's because of the Schumann House, where the composer spent the final two-and-a-half years of his life. He died here in Bonn and is buried with his wife Clara at the Old Cemetery. But the Schumann House was largely neglected by the city, even though it housed vast stocks of sheet music, a music library, Robert Schumann memorabilia, and of course a small concert hall. I never understood why Bonn only paid attention to Beethoven [Eds.: Beethoven was born in Bonn in 1770.] but not to Robert and Clara Schumann, whose biographies are both so closely tied to the city. So that's what gave rise to this colorful and diversified festival.

Read more: Why composer Robert Schumann was a misunderstood genius

What kind of scores are preserved in the Schumann House?

For security reasons we can't store original scores by Schumann there. They're stowed away in a safe at the Beethoven House. And the most important facilities for Schumann research are in Dusseldorf and Zwickau, the city of his birth. But we have so many scores that people come here from other cities wanting to borrow them. The Schumann House also has a huge collection of CDs and historic recordings. And Bonn is the center of a nationwide Schumann Network that was founded at our initiative.

During Schumann's time in Bonn, he was no longer coherent. So how did these historical artifacts end up in Bonn of all places?

Happy circumstance: due to the fact that a certain Michael Sharpe developed an interest in the Schumann House. He was a pilot in the Royal Air Force after World War II, flew reconnaissance flights over the Rhineland, and fell in love with the region. And in the course of doing so, he discovered the Schumann House. He went to big auctions on our behalf, acquired various objects, and year after year he'd bring them to Bonn. Michael Sharpe also made a donation with which we could acquire objects ourselves. So it all came about through a German-British friendship. 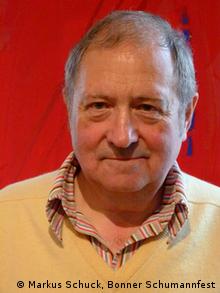 It doesn't go back all that far, but there are many aspects to it. It's striking to see the literary talent that lies in his school essays, for example. But what we find so fascinating about the person - and this is something we try to convey in the Schumannfest - is how open he was to every musical development and every personality: selflessly describing and analyzing them, taking them seriously. He discovered Brahms - and the composer Niels Gade.

We seek to transfer that enthusiasm for all things new to the festival. We're on the lookout for young talents in various areas - including jazz, rock and pop, cabaret, and film - and of course classical music. We're trying to bring the Lied as an art form to life - and Lieder recitals as a concert format. Along with Schumann's wonderful Lieder, we present art songs by contemporary composers. The motto of this year's festival, by the way, is "Freude" (Joy) and references the fact that Schumann almost only wrote music when he was in good spirits. And with this, we make our own statement next to the big Beethovenfest, which of course also has its place in Bonn. 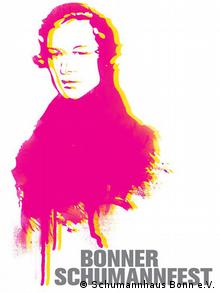 This year's event runs from June 6-18

Robert Schumann was a multi-faceted personality but also one full of contradictions. He seems to contradict himself in his writings, and his music is very diverse. How do you approach this character that is so hard to get a handle on and to comprehend?

The interesting thing about our festival is that we have diverse cultural venues nearby, so rock and pop music fans will come over to the Schumann House out of curiosity. Or we have jazz concerts because we feel that jazz would have been a real discovery for Schumann. And people who like to take in films make their way to the Schumann House to hear classical concerts - and vice versa.

The main site is of course the Schumann House. Seating only about 100, it's like the salons where people made music in Schumann's time. The audience sits right next to the artists, like in a living room. That's what makes for the special ambience of these concerts - both musicians and audiences have told us that.

Do visitors come from far and wide, as they do with the Beethoven House?

I'm always surprised at how many artists come to the Schumann House when they're here in Bonn. Some come here from Saxony, where Schumann was born. There are lots of tourists from Asia. But many still aren't aware of the place. Some Americans have said, "What! You have a Schumann House? Why haven't we heard about it?"

What are your goals, what is your vision for the Schumannfest? Robert Schumann was born in Zwickau but died in Bonn

Bonn is now regarded not only as a Beethoven city but also a Schumann city. Of course, if you look at our financial situation, there's room for improvement. The Schumannfest is made possible by volunteer work organized by the Schumannhaus Bonn Association. But we're on the landscape and are noted across Europe. Still, I think more Schumann would stand Bonn in good stead.

And in 2019 - one year before the big anniversary of Beethoven's birth - we'll be marking Clara Schumann's 200th birthday. To put her in the spotlight as a superb artist, a composer and the best known woman pianist of her time - and not least of all, as the mother of eight children - would benefit the city. It would be a little shout before the big Beethoven anniversary, one that shows that Bonn has more to offer. I'm still butting my head against the wall with this Clara Schumann project, but I haven't given up yet.

Schuck is head of press and public relations at the Catholic Social Education Association in Bonn. Together with Andreas Etienne, director of Bonn's Springmaus Theater, he founded the Endenich Autumn festival in 1998, later renamed the Schumannfest Bonn. Although coordinated on a volunteer basis by Schuck and his co-workers, it has developed into a festival known far beyond Bonn and the greater region. It combines music, theater, film, dance and lectures and showcases excellent, mostly younger artists.

British-born Sir Jeffrey Tate was one of the most renowned and versatile conductors of his generation. Music critics described him as a "lover of precision" and "aficionado of details." (03.06.2017)