Hailed as one of the greatest and most prolific musicians of the last century, his birthday wish is for the speedy return of live performances. 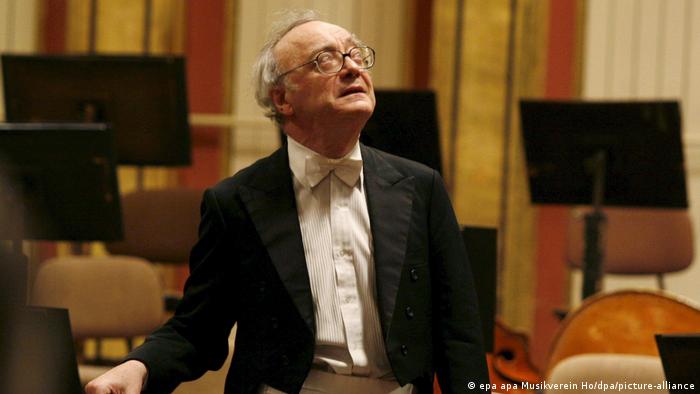 Alfred Brendel at his farewell concert in Vienna in 2008

Having performed concerts for 60 years from the age of 17, Alfred Brendel is qualified to bemoan the lack of live music in these pandemic times as he celebrates his 90th birthday.

"We all long for the physicality of the concert, to be there, to be inside, to breathe the same air, to share the risk and success," he told the German Press Agency. And speaking to public broadcaster NDR, the self-confessed "old pessimist" said that 2021 "can only get better."

It's been 13 years since Brendel himself ended his concert career. His farewell concert at the Vienna Philharmonic on December 18, 2008, was voted one of the 100 greatest cultural moments of the decade by The Daily Telegraph.

Shortly afterward, he suffered an acute hearing loss, and was only able to hear distorted tones. His "retirement" however saw him traveling extensively to give lectures on music, read from the 11 eleven books he has penned, recite his own poems, and hold master classes for young pianists or string quartets.

And throughout, the now nonagenarian retained his wry sense of humor. "If one had to hear Verdi incessantly in Paradise, I'd ask for leave and the occasional visit to Hell," he once said regarding the after-life. 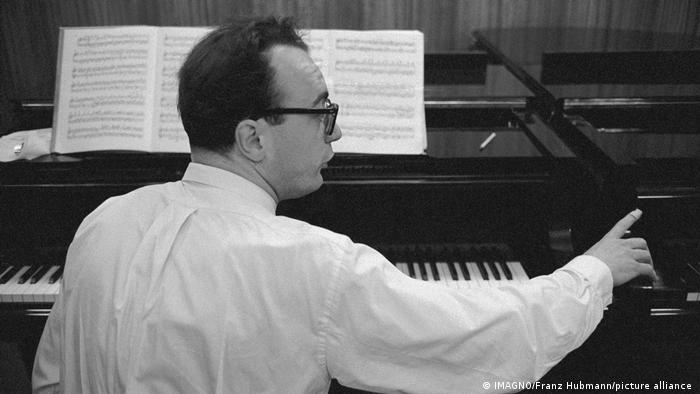 A young Alfred Brendel in Vienna in 1969

Brendel was born on January 5, 1931 in northern Moravia in the present-day Czech Republic. The boy of German, Austrian, Italian and Slavic heritage grew up on the Adriatic coast in what is now Croatia. He went to school in Zagreb, studied at the Conservatory in Graz, then moved to Vienna in 1950 and on to London in 1970, which has since been home.

"I'm not somebody who looks for or needs roots," Brendel once said. "I want to be as cosmopolitan as possible. I prefer to be a paying guest. That's a lesson learned in the war."

He gave his first concert at age 17 and won the Busoni Competition in Bozen a year later. Decades of global concerts soon followed for which he amassed several distinctions: three honorary doctorates (from the universities of London, Oxford and Yale), numerous prizes (including the Ernst von Siemens and the Herbert von Karajan awards) and for lifetime achievement at the MIDEM Classical Awards in Cannes, the Edison Awards in Holland and Germany's ECHO Klassik in October 2016.

He was also made an Honorary KBE in 1989 for his "outstanding services to music in Britain," awarded the Légion d'Honneur in 2004, and received the highest rank in the Order of Merit of the German Federal Republic in 2007.

Besides his astonishing productiveness onstage, Brendel has written numerous poems and essays and published books, including Music, Sense and Nonsense in September 2015. 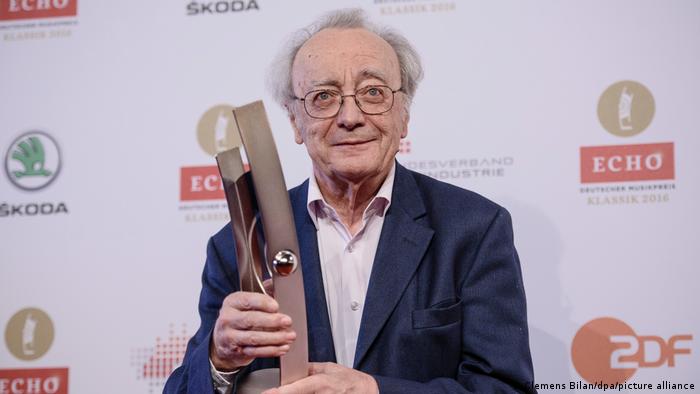 'Philosopher at the piano'

During his long luminous career, critics often praised the lightness and aplomb of his playing style. With minimal body language and a dose of modesty, the "philosopher at the piano" — tall, gaunt and with thick horn-rimmed glasses — placed himself in the service of the composer. Yet, as London's The Guardian observed, he was "not a passive recipient of the composer's commands."

"I often feel like a character actor," explained Brendel in an interview with DW in 2002. "I like — as far as possible — to slip into different roles." Brendel thus executed far more than just a blind trust in the score, once giving a possible explanation for that, too: "The years I spent under Nazi rule made me immune to blind trust."

The notes he played and that are preserved on record and CD have left their mark on generations of musicians and music lovers. "Music that is not played, but seems to happen all by itself," are the words Brendel found to describe two musicians he highly revered: his teacher Edwin Fischer and the conductor Wilhelm Furtwängler.

That description might also apply to his own expansive body of work included on 114 CD releases.

He was and remains an artist with a wide repertoire, even if he has his favorites.

During the 1960s, he became the first pianist ever to record the complete works of Ludwig von Beethoven. One critic remarked that the set still contains "some of the finest Beethoven ever recorded."

Commenting on how he celebrated his beloved composer's 250th centenary last year that the pandemic reduced to a muted affair, he told the NDR that he discovered several rarely performed works such as the oratorio "Christ on the Mount of Olives."

Brendel was also described by German music critic Joachim Kaiser as "the Schubert performer since 1950." Haydn, Mozart, Liszt, Busoni and Brahms were also among his other favorites.

In later years, Brendel focused on fewer composers, explaining to DW in 2002: "If you play the right pieces, the ones worth spending a life with, they become sources of strength that always radiate new energy and regenerate the performer's powers."

And Brendel also finds strength and creativity in things that far removed from music. "I've always had a need not only to read but also to write," he once said. "In my younger years, I painted for a while. Now I find visual perception increasingly important. I go to museums, exhibitions, to the movies and the theater."

Pandemic woes: which cultural events can we look forward to in 2021?

Amit Weiner's project "Music in Times of Tragedy" revives the oeuvre of the Jewish composers who were murdered by the Nazis but who created timeless music that has survived.