Lion cheaper than a pedigree kitten in Japan

The nation's once-busy zoos face a shrinking customer base, rising costs and a surplus of an attraction that has the reputation of being the king of the jungle. Julian Ryall reports from Tokyo. 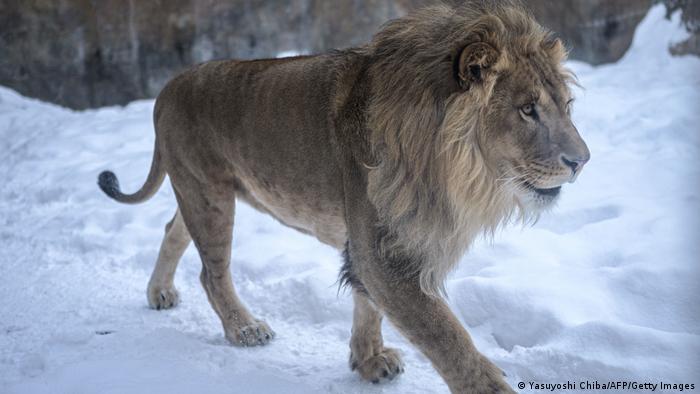 The trade in wild animals is strictly regulated in Japan, and a lion cannot simply be purchased by a member of the public. But there are about 300 members of The Japanese Association of Zoos and Aquariums (JAZA) that sell or barter surplus animals. While some species are constantly in demand – polar bears and elephants are popular attractions, and a panda cub is guaranteed to bring in the visitors – others can struggle to find a home.

"Lions are so very cheap to obtain in Japan," said Tsuyoshi Shirawa, a veteran animal dealer and founder of Rep Japan, which specializes in buying and selling wild animals.

"In the past, every zoo and wildlife park wanted lions for their zoos because they were seen as the top predator, but their popularity has made them too common now," he told DW. "Also, they attract the biggest crowds when they are cubs, but when they become juveniles and then adults, the problems begin."

Shirawa says a lion can cost as little as 100,000 yen (€812, $966), although a glut of the big cats means they are more usually traded for different species at other zoos. He has even heard of cases of zoos giving away juvenile lions just to get them off their books, while a recent article in the Asahi newspaper backed that up by saying that 11 of the 14 lions passed on by public zoos in the five years from 2014 went for free.

A pedigree kitten at a pet store, on the other hand, typically goes for double that figure, and prime specimens can command figures of 400,000 yen (€3,248).

Kevin Short, a professor who specializes in environmental education at the Tokyo University of Information Sciences, says lions are relatively easy to breed in captivity, with one litter usually around three cubs.

"It's far easier to breed lions in captivity than virtually all other zoo animals, and these places want cute cubs to bring in the paying visitors, but they very quickly become bigger," he told DW. "At that point, it becomes very expensive to feed and maintain a lion, as they have a big appetite and meat is expensive in Japan."

Juveniles also tend to fight to show dominance, meaning that they each need a cage, which takes up valuable resources, he said, while zoos cannot breed closely related animals out of concern of genetic deficiencies. The result is low prices for unwanted animals.

Shirawa says there are a whole host of reasons why Japan's zoos – and his business – have been hit hard in recent years.

"Fundamentally, there are too many zoos in Japan today," he said. "During the economic boom years, back in the 1980s, lots of people opened private zoos and wildlife parks, and then local municipalities all decided that they needed a zoo as well.

"It was like a competition to be better than other cities, but they were just vanity projects, so what we have now is the legacy of that way of thinking," he said, adding that an increasing number of local authorities no longer have a budget to support their zoos as tax revenues decline.

Other factors are also at play, not least a shrinking population and fewer children – the prime target audience for zoos – being born. Japan's population peaked at 128 million in 2009 and has already begun an inexorable decline, according to the National Institute of Population and Social Security Research, with the figure falling to 126.5 million this year. If present trends continue, the national population will shrink to 50 million by the end of this century.

Similarly, decades of relative economic weakness mean that many people, and particularly young couples with children, do not have as large a disposable income as they did in the past, making days out something of a luxury.

Another issue is that young Japanese today have far more distractions than their parents enjoyed in the 1980s, not least online games and other forms of tech-based entertainment, making wildlife parks something of a throwback.

Shirawa says Japan no longer needs to import lions from overseas due to the domestic surplus, while an imported animal would cost around $5,000, making the deal uneconomic.

On the plus side, he said, the rising wealth of China means that local municipalities there are now mimicking the policies of Japanese cities in the 1980s by purchasing lots of wild animals and placing a premium on rarer and more appealing species. That demand has helped to stabilize his business, Shirawa added, although the outlook would appear rather bleak – both for him and the animals.