A love of "cute" creatures, a need to release stress and a shortage of space for pets at home mean that Japan's pet cafes are doing a roaring trade – although animal rights activists continue to oppose the industry. 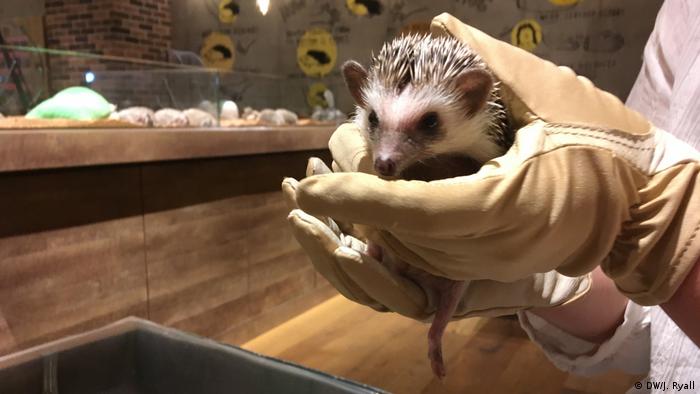 The latest addition to the already crowded pet cafe scene in Tokyo is Mipig, a ground-floor space in the city's Meguro district, where patrons can kick back with a coffee and pet a pot-bellied pig for half an hour.

The operator of the cafe says the aim is to make Japanese people more familiar with pigs, which are considered to be purely farm animals in Japan, and to encourage Japanese people to have pigs as pets. Through the cafe, anyone can take home one of these animals for Y300,000 (€2,432).

The idea of spaces where anyone can pet an animal for a short while is believed to have started in Osaka in 2004, with a cafe opening its doors to people who wanted to be able to play with cats. Very quickly, the fad caught on and spread to cities across the country, but also diversified into other species – some traditional household pets, others less domesticated.

Today, cat and puppy cafes are common sights on high streets and entertainment districts, but there are also places that provide time with ferrets, hedgehogs, owls, rabbits, parrots, goats or reptiles. And now a pig cafe can be added to that list.

"Japanese people are absolutely fascinated with anything that is 'cute' and cuddly," said Kevin Short, a professor of cultural anthropology at Tokyo University of Information Sciences.

"On top of that, there is a sense that spending time with animals and stroking or petting them is actually psychologically therapeutic in a society that can be extremely stressful," he told DW.

"They give people the chance to react and interact with an animal, something they would not normally be able to do, but then at the end they can walk away and they do not have all the hassles and expenses associated with actually having a pet full-time," he added.

The Harry Hedgehog Cafe is in Yokohama and has around 50 hedgehog "employees" as well as meerkats, ferrets and a large lizard, all of which can be petted.

True to their nature, the meerkats are inquisitive and stand up on their hind legs to observe what is going on around them. To get an even better view, they are not averse to climbing on anyone in that enclosure. They also tend to chew shoelaces and any clothing that is not tucked in.

The ferrets are similarly energetic and seem to like chasing ribbons or balls on a stick. They are also masters of escapology and need to be carefully monitored by the staff to make sure they do not get out of their pen.

The hedgehogs, on the other hand, are docile and shy, spending much of their time curled up in prickly balls. They uncurl at the scent of food – dried worms that are purchased at the entrance – but not all of them seem too happy at being handled. 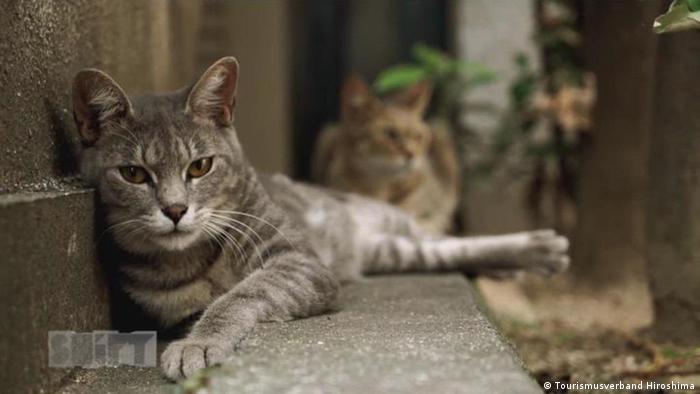 And not everyone is happy at the sharp rise in the number and species of animals that are being put into the hands of the public, with animal rights organizations suggesting that the practice is stressful for creatures that should ideally be in the wild.

"We do not believe that it's a good idea for animals like owls, for example, to be in these places because their movements are constantly restricted," Chihiro Okada, an official of Animal Rights Center in Japan, told DW.

A petition on the organization's web site calling specifically for owl cafes to be shut down has attracted nearly 60,000 signatures, with a number of people condemning the practice on the site and one person writing, "Owls do not belong in cafes. They are, indeed, another disgraceful example of animal abuse for people's 'entertainment.'"

Okada adds that there is very little oversight of the industry. "When an animal protection group or a member of the public reports an inappropriate situation, the authorities can enter a cafe and carry out an inspection, but as there are basically no welfare standards, improvements are never made, no matter how constrained the animals are," she said.

"We have requested inspections many times and we have also negotiated with the operators of owl cafes directly to allow them to be able to take a drink at any time, but that is not as a result of government action," she added.

"When wild animals are reared in animal cafes, many die after short lives," Okada said. "They are subject to a great deal of stress because of the presence of people, the noise and being constantly restrained. But at the moment, there is no legal recourse to change things."