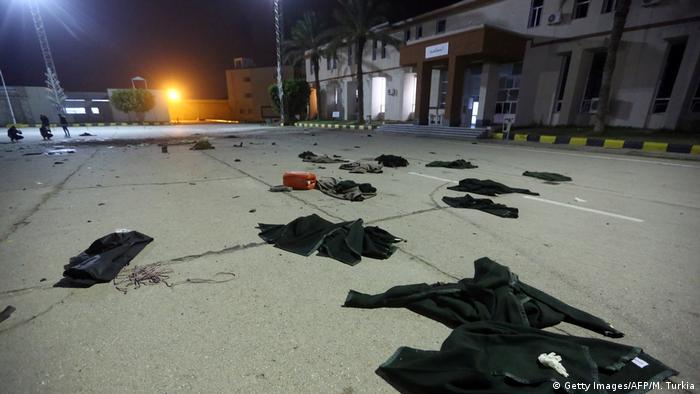 Libya's dueling factions accused each other of violating a ceasefire, just hours after a truce was agreed by the UN-backed Government of National Accord (GNA) and their main rivals led by ex-general Khalifa Haftar.

The GNA accused Haftar's Libyan National Army (LNA) of breaching the ceasefire minutes after it began.

The Tripoli-based government warned it would "respond violently and harshly" if Haftar's forces breached the agreement again.

In the early hours Sunday, amid mounting international pressure, Haftar's forces declared a "conditional" ceasefire in their offensive to take Tripoli from their rivals, the UN-backed Government of National Accord (GNA).

The truce — proposed by Russia and Turkey — went into effect early on Sunday, according to a spokesman for the Haftar-led LNA.

The LNA, based in the east of Libya, had said it would maintain the internationally brokered truce in western parts of the country "provided that the other party abides by the ceasefire."

LNA spokesman Ahmed Mismari had also warned that "any breach will be met with a harsh response."

The GNA said it would comply with a ceasefire. The head of the GNA, Fayez al-Sarraj, said in a statement that his forces had the "legitimate right" to "respond to any attack or aggression that may come from the other camp."

Sarraj previously called for the LNA to withdraw from the outskirts of the capital.

Haftar launched the attack on Tripoli in April 2019, but his forces have so far been unable to seize control of the capital. The warlord is allied with an administration based in the east of the country and is believed to enjoy backing from France, Egypt and the United Arab Emirates. His rivals also claim Haftar's forces are being boosted by Russian mercenaries.

However, the GNA government has allies of its own in the region, with Turkey recently deploying troops to Libya to bolster the UN-backed administration.

Earlier this week, Russia and Turkey called for a truce between the GNA and the eastern-based government.

Haftar's LNA initially rebuffed the call, but its latest announcement signaled an apparent change of heart.

Italian Prime Minister Giuseppe Conte and other EU leaders joined the push for a ceasefire in Libya as the conflict threatens to draw in regional powers. The Italian prime minister called for an end to "foreign interference" in the North African country, once an Italian colony.

Separately, EU Council chief Charles Michel met with Turkey's Recep Tayyip Erdogan for talks on Libya on Saturday, while Germany's Angela Merkel discussed the issue during her Moscow visit on the same day.

Eastern forces, led by Khalifa Haftar, have announced the capture of the coastal city of Sirte, previously controlled by the Tripoli government. The news comes a day after Turkey deployed troops in support of Tripoli. (07.01.2020)