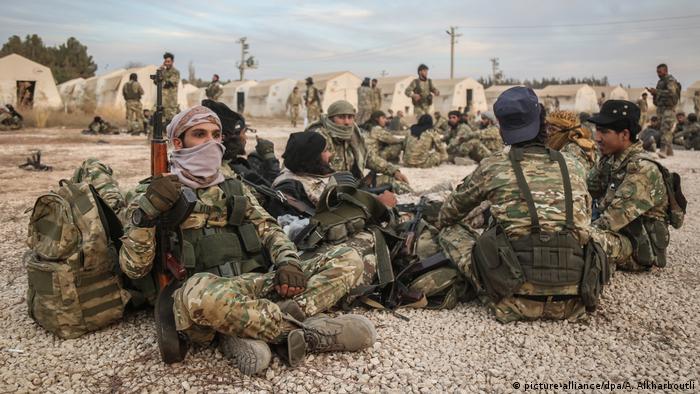 Libya's eastern-based parliament on Saturday rejected an agreement that would allow Ankara to send troops to Libya.

The Libyan House of Representatives (HoR) in Tobruk voted against a deployment requested by the UN-backed Government of National Accord (GNA).

The Western-based GNA had asked for military help from Turkey, and the parliament in Ankara on Thursday voted in favor of the deployment of troops.

More than a rejection

As well as voting against the deployment and cooperation with Turkey, the HoR also voted unanimously to refer GNA Prime Minister Fayez Serraj to be prosecuted for "high treason" because of the deals signed with Ankara under his watch.

The Libyan deputies also voted to cut relations with Turkey.

Serraj's beleaguered government, which is based in Tripoli, has been under sustained attack by General Khalifa Haftar and his self-styled Libyan National Army (LNA).

Haftar — who with his eastern power base is supported by the HoR — has already seized the country's main oil fields and export terminals.

Why does the UN recognize rival bodies?

The GNA is part of a UN-backed deal to bridge political differences between the rival administrations in the east and west.

However, the eastern HoR has never endorsed the politically powerless GNA, as had been envisioned.

A patriotic call to arms

After Turkey voted in favor of the deployment, Haftar on Friday urged all Libyans to take up arms against the foreign intervention.

Haftar said it was no longer a question of liberating Tripoli from the militias that overran it, but of "facing a colonizer." He accused Ankara of wanting to "regain control of Libya", a former province of the Ottoman Empire to which Turkey is the successor state.

Neighboring Egypt has also strongly condemned the Turkish vote, saying it amounted to a "flagrant violation of international law and Security Council resolutions on Libya."

Libya has been beset by chaos since dictator Moammer Gadhafi was toppled and killed in a NATO-backed uprising in 2011.

Turkey is poised to send troops to Libya to support the UN-backed government against rivals and boost Ankara's claims in the Mediterranean. The move threatens to deepen a proxy struggle in the North African country. (02.01.2020)

A US drone aircraft has been "lost" over Libya's capital, Tripoli, says AFRICOM, the US military's headquarters for Africa, based in Germany. For months, rival Libyan groups have fought for control of Libya's main city. (23.11.2019)