Liaoning carrier demonstrates China′s power off Taiwan coast | Asia| An in-depth look at news from across the continent | DW | 27.06.2017

China is reportedly sending the aircraft carrier Liaoning to Hong Kong to celebrate the 20th anniversary of Chinese sovereignty over the territory. Taiwan sees the naval maneuver as a provocation. 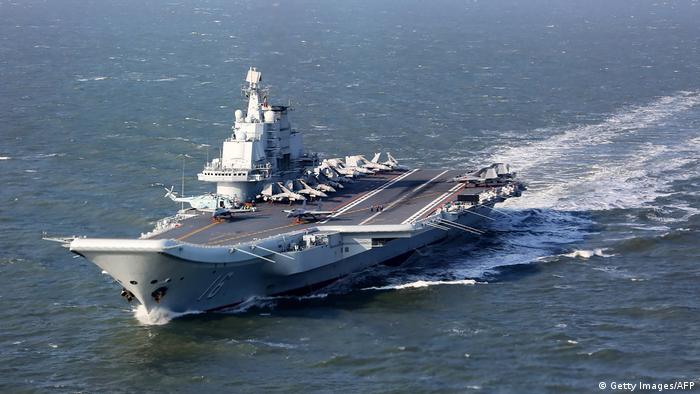 China's Ministry of Defense on Monday announced that the Chinese Navy's "Liaoning" aircraft carrier had left its home port of Qingdao on Saturday for routine maneuvers.

Accompanied by two destroyers and a naval frigate, and equipped with multiple fighter jets and helicopters, the ports of call for the Liaoning have not been officially announced.

But there are unofficial reports in the Chinese press that the Liaoning is heading for Hong Kong to celebrate the 20th anniversary of the territory being handed back to China from Great Britain.

Chinese President Xi Jinping will also reportedly be in Hong Kong at the beginning of July for the reunification celebration, which is a strong signal that China's aircraft carrier will be there to accompany his visit. Local media are even reporting that the ship will be open to visitors, in a public show of Chinese military advancement.

But on Taiwan, there is less concern for where the Liaoning is headed as to the route the armada is taking. Taiwan's Defense Ministry in Taipei is concerned that, if en route to Hong Kong, the Liaoning carrier group will set sail in a loop around Taiwan island - an ostensible demonstration of military power and Chinese sovereignty over the breakaway province. 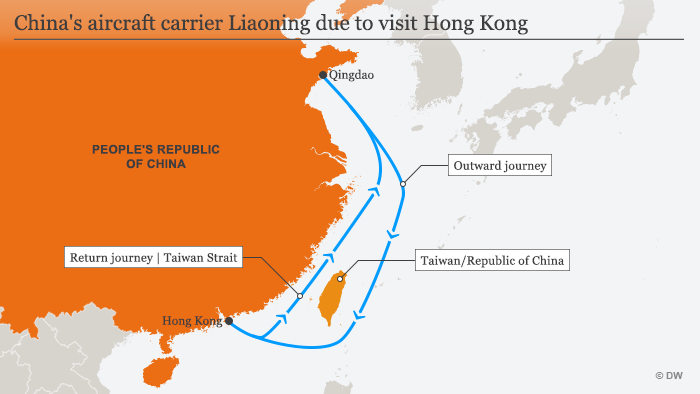 According to unofficial convention, the armada should sail through the Strait of Taiwan, through the center of the strait, and nearer to the coast of Mainland China.

But in Beijing, there currently seems to be a renewed will to unite renegade Taiwan with China.

"The defense ministry will continuously follow the movements of the communist forces and react correspondingly," said a statement from Taipei.

"It is clearly a military threat from China," Jung-Shian Li, a professor at National Cheng Kung University in Taiwan, told DW. "But because of the election of the China-critical Tsai Ing-wen as president, the Taiwanese have unequivocally made a statement that we will not be deterred."

An island unto itself

Taiwan's determination for independence from Mainland China comes at a price. The majority of the international community only recognizes the People's Republic of China (PRC). Taiwan, officially called the "Republic of China (ROC)," is diplomatically isolated and considers its existence threatened by the territorial ambitions of the PRC.

Professor Li has experienced first hand the consequences of Taiwan's international isolation. When flying to Israel from Germany recently, Li said he was forced to convince airline employees that he was not a citizen of the PRC, which requires a visa for Israel. As a Taiwanese, he is allowed to travel on his passport. 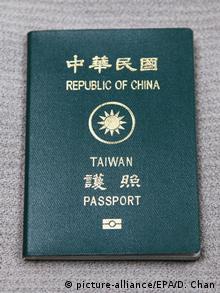 Citizens of Taiwan can travel visa-free to 124 countries, although Taiwan is only officially recognized by 20

The source of the confusion was Li's passport, which contains Taiwan's official name, the "Republic of China." Strangely, Taiwan is recognized by only 20 countries worldwide, but the Taiwanese passport allows citizens to travel visa-free to 124 countries.

"Isn't that ludicrous?" said Li. "Taiwan has a free and democratic society like the West and is a regional economic power with 23 million people. And even though many countries don't recognize its existence, they still allow Taiwanese to travel visa free."

In 2005, Beijing passed the so-called "anti-secession law," which permitted the PRC to use "non-peaceful" means to prevent Taiwan from declaring independence.

And since the China-critical Tsai Ing-wen from the Democratic Progressive Party (DPP) was elected in 2016, China has been increasing pressure.

Read: Taiwan 'will not bow' to Beijing on sovereignty issue, says President

Within 12 months, Taiwan has lost three diplomatic partners to China - and more are assumed to follow. In 2017, Taiwan's participation at the general assembly of the World Health Organization (WHO) was reportedly barred after protest from China.

Hong Kong as a bad example

Few people in Taiwan want reunification with Mainland China under the "one country, two systems" model like in Hong Kong and Taiwanese experts see little chance for implementation of the system.

Lai Yueqian, a professor at Shijian University in Taiwan, told DW that Taiwan shouldn't be compared to Hong Kong or Macao.

"Hong Kong and Macao were subordinate administrative units of China from the beginning and then were Portuguese and British colonies," he said, adding that Taiwan and China have equal status. 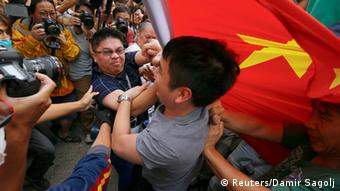 In Taiwan, there is close attention paid to problems with civil society in Hong Kong. Examples include the postponement of direct elections of parliament and officials or the harassment of democracy supporters and the disappearances of free thinkers and government critics who then "appear" on the Mainland.

Ka-Lam Cheng is a student from Hong Kong studying in Taiwan. She told DW that China has interfered with Hong Kong's affairs in many ways. "I have no trust anymore in Beijing and am very disappointed."

Zhang Tianqin, the vice-chairman of Taiwan's Mainland Affairs Council said that China should listen to the demands of Hong Kong citizens for more democracy.

"This is the only way to guarantee prosperity and growth in Hong Kong, better understanding on both sides of the Taiwan Strait and trust of the international community in Mainland China."

Zeng Fusheng, an adviser at the National Policy Foundation, a think tank for the Taiwanese opposition party Kuomingtang (KMT), told DW that Taiwan would never accept the Hong Kong option. "The Republic of China (Taiwan) is a sovereign state," he said.

"The one country, one system model in Hong Kong is all theater," said Li. "It was a nice idea but the acting from Hong Kong is poor. A comedy is turning into a tragedy. How could Taiwan trust China's model?"