Chinese lawmakers set to strengthen military | Asia | An in-depth look at news from across the continent | DW | 03.03.2017 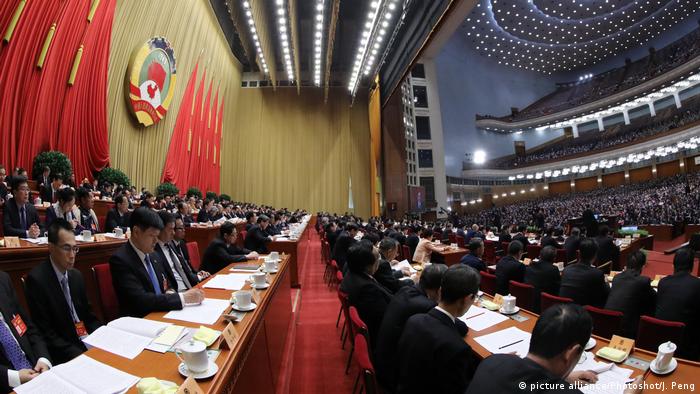 The ten-day National People's Congress (NPC) began on Sunday with Premier Li Keqiang delivering his government work report. Growth targets for 2017 were around 6.5 percent he announced.

China's military muscle is set to get a shot in the arm this year with an increased defense budget to be approved at the congress.

Increased spending on its military has caused China's defense budget to emerge as the second-largest in the world behind that of the US.

"To reform its military forces, China requires a comprehensive modernization of its military infrastructure along with more high-tech equipment," George G. Chen, an expert from the Berlin-based Mercator Institute for China Studies (MERICS), told DW.

Additional reforms would include reducing troop levels, which would lower the cost of caring for veterans, added Chen.

Military power, made in China 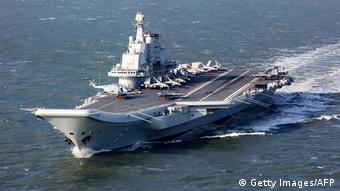 China's Liaoning aircraft carrier during a military drill in 2016

According to reports, the first Chinese-made aircraft carrier is currently under construction. China's only aircraft carrier in operation, known as Liaoning, is a former Soviet-era vessel that China acquired from Ukraine in 1998. It arrived without an engine or electrical systems and took years to modify.

China also seeks to continue constructing military bases in contested areas in the South China Sea, some of which are up to 1,600 kilometers (1,000 miles) away from the Chinese mainland. The US has strongly condemned China's construction of man-made islands.

"It is nobody's business what we do on our own territory," said Wang Guoqing, spokesman of the Chinese People's Political Consultative Conference (CPPCC).The CPPCC, which is a consultative body to the NPC, convened on Friday.

In February at the Munich Security Conference, Fu Ying, the speaker of the NPC, said that increasing Chinese military expenditures was necessary, while adding that the US government was calling for NATO allies to contribute 2 percent of GDP to defense.

To understand the gulf in defense spending between Washington and Beijing, it's important to note that the US spends 3.6 percent of its GDP on defense, while the corresponding figure for China amounts to a mere 1.5 percent.

According to official figures, China's economy expanded 6.7 percent in 2016, which is in line with the target of between 6.5 and 7 percent set by the leadership.

"This year, too, China will remain the strongest growth engine in the world economy," said CPPCC speaker Wang.

The NPC will also deliberate on the general provisions of civil law of China. This is significant as the country currently lacks a civil law code, resulting in a complex web of laws that often overlap or even contradict each other, explained MERICS expert George Chen. 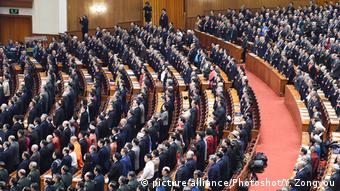 "In times of global economic and political uncertainty, China needs a systematic and uniform civil code to show that China's economic development and guarantees to protect the interests of Chinese citizens cannot be reversed," said Chen.

While the general draft is set to be approved in 2017, further provisions are likely to be submitted for voting by 2020.

For decades, China's legislative body, the NPC, with about 3,000 delegates has been seen as a rubber-stamp institution. It continues to be "a weak body with no meaningful influence to shape important political decisions," Chen noted.

But since the 2013 transition of power, when Xi Jinping took over as president and Li Keqiang as prime minister, the NPC has clearly gained influence over other state institutions, he said, pointing out that it's now the principal initiator of new legislation.

This, however, doesn't alter the fact that the legislature continues to be under the control of the Communist Party. "The prospect of an independent legislative body that enjoys the legitimacy of the public remains far off," said Chen.

Ahead of the Communist Party congress next year, President Xi Jinping has begun to reinforce his position as party chief. There have already been 12 changes out of 32 provinces to the party secretaries in 2016. (30.08.2016)