Leverkusen explosion: What exactly are dioxins, furans, PCBs and PAHs? | Germany | News and in-depth reporting from Berlin and beyond | DW | 29.07.2021

Leverkusen explosion: What exactly are dioxins, furans, PCBs and PAHs?

After an explosion in Leverkusen in western Germany, authorities are warning that a series of toxins were probably released into the atmosphere. Locals have been told not to eat fruit and vegetables from their gardens. 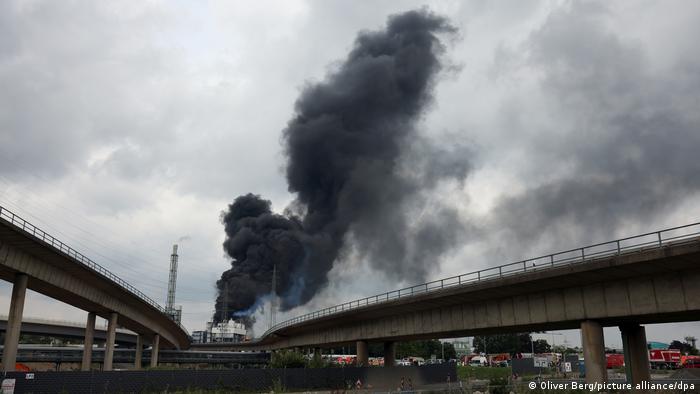 Locals have been warned not to touch any soot particles

During an explosion at a hazardous waste incineration plant at Chempark near Leverkusen in western Germany earlier this week, tanks containing chlorinated solvents burst into flames. The solvents, as well as greases, waste medicines, tar and other pollutants are usually incinerated at temperatures of around 1,100 degrees Celsius (2,012 degrees Fahrenheit).

Only when they are incinerated at temperatures of over 850 degrees Celsius can it be ensured that no dioxins, furans, polycyclic aromatic hydrocarbons (PAHs) or polychlorinated biphenyls (PCBs) remain in the combustion gases.

But if the incineration is not done properly, certain toxins, which belong to what are known as the dirty dozen of organic environmental pollutants, can remain or even be produced and then be dispersed into the atmosphere.

Thus, following this week's explosion, authorities have warned local residents not to touch any particles of soot or eat any fruit or vegetables from their gardens.

DW looks into what these different toxins are:

This is a collective term for a group of 75 polychlorinated dibenzo-para-dioxins (PCDD) and 135 polychlorinated dibenzofurans (PCDF). One of the most toxic is the compound 2,3,7,8 tetrachlorodibenzo-p-dioxin (TCDD), which is associated with the 1976 Seveso disaster when between one and three kilograms (between approximately 2.2 and 6.6 pounds) were released into the surrounding area after an accident at a chemical manufacturing plant in Meda, not far from the Italian city of Milan. Some 3,300 animals died and there were about 200 cases of severe chloracne among humans.

Although the amount of dioxins released in the limited area around Seveso was significantly higher than the amount possibly released by the Leverkusen accident, German authoritieshave advised caution because dioxins can be harmful to health and carcinogenic even in the lowest concentrations.

The World Health Organization (WHO) has set a monthly tolerable intake of 70 picograms (a trillionth of a gram) per kilogram of body weight. Chempark is a big industrial complex in western Germany

Depending on the specific compound, the toxins can attack the human reproductive system, immune system and nervous system and cause a hormonal imbalance. They accumulate in the body's adipose tissue and lipid stores and remain stable for a long time. They can remain in soil and plants for decades.

There are already many dioxins and furans in the environment around us. They are the by-products of improper combustion processes involving chlorine at temperatures of between 300 and 600 degrees Celsius. They are produced by smoking cigarettes, using frying oils, in the metal industry, when certain toxic waste is incinerated or wood is burnt. Forest fires and volcanic eruptions also release dioxins into the environment.

It is particularly problematic when varnished or treated wood is burnt on a campfire or plastic waste and car tires are burnt. Primitive methods of recycling e-waste also expose people to significant concentrations of toxins.

Dioxins and furans can be transported over long distances when dispersed into the air and enter the food chain via the soil and plants, eventually entering the human organism.

In 2011, German authorities discovered dioxins in eggs after fats intended for use in industry was mixed with animal feed. Thousands of poultry farms were closed. 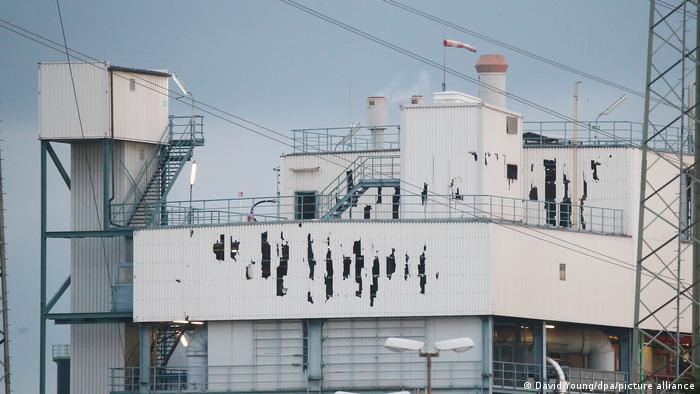 Like dioxins and furans, Polycyclic Aromatic Hydrocarbons (PAHs) are also released by improper combustion processes, for example, when coal, oils, solvents, wood or even tobacco are not incinerated completely.

They can also be caused by grilling, and particularly, burning meat and are found in tar and asphalt, waste oil and in ash.

These too are carcinogenic and damaging to genetic material and can remain in the environment for a long time.

Polychlorinated biphenyls (PCBs) might also have been released into the atmosphere by the explosion in Leverkusen. These industrial chemicals were widely used in the chemical and electrical industries until the 1980s, for example in capacitators and transformers or in plasticizers in paints and sealants and other synthetic materials.

When they are incinerated, dioxins and furans are produced, but PCBs can also be released straight into the environment. These too are considered to be carcinogenic to humans and harmful to the immune system and hormonal balance.