A total of seven people are suspected or confirmed to have died after an explosion at a German chemical complex. Prosecutors have opened an investigation into involuntary manslaughter. 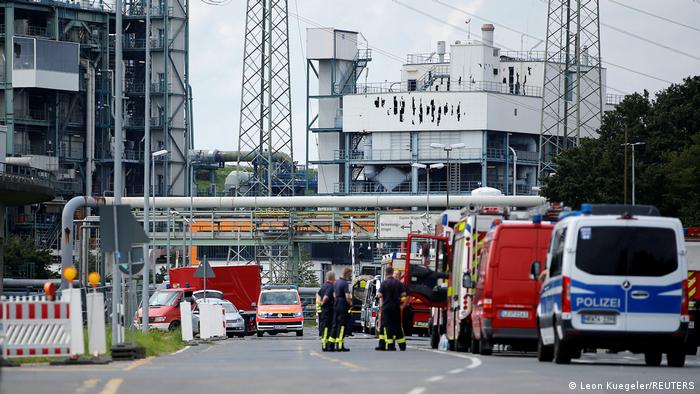 The blast happened on Tuesday morning outside Leverkusen

An explosion at a German chemical plant probably released toxic compounds into the surrounding area, environmental authorities said on Wednesday.

The state environmental agency said tests were still underway, but that the tanks affected by the deadly blast contained chlorinated solvents.

"For this reason, we are assuming currently that dioxin, PCB and furane compounds were carried by the smoke plume to the surrounding residential areas," an agency spokesman told German news agency DPA. He said it was so far unclear how high levels were.

The explosion tore through the Chempark facility in the western city of Leverkusen on Tuesday morning.

How dangerous are the potential toxins?

The blast and fire released a huge cloud of smoke, and soot particles fell on nearby villages.

Chempark operators are working with government authorities to monitor air pollution, and repeated its warnings to nearby residents.

Residents have been warned not to let children play outside, not to use outdoor pools, not to eat produce from outdoors gardens, and not to tramp soot into homes.

The chemicals that authorities said they were worried about should not pose a great danger to residents, Daniel Dietrich, head of the Human and Environmental Toxicology Working Group at the University of Konstanz, told DPA.

"Dioxin, PCB and furan compounds are definitely associated with malformations in newborns of animals, less so in humans," he said. "But — and this is the big but — only in high concentrations. And those are not present when the area in question is cleaned and decontaminated over time."

He said that these substances are simple to wash off and pose little danger if not ingested.

Professor Dr. Martin Wilks from the Swiss Center for Applied Human Toxicology told DW that the initial fire may have caused health risks for rescue workers, but this risk dissipates quickly.

He said asphyxiation gases — including carbon monoxide, carbon dioxide, and cyanide — were one of the main toxicological sources of danger.

"These are of particular concern in the immediate area and shortly after the start of the fire because they have a high acute toxicity. Therefore, firefighters and other first responders always wear respirators in such situations. These gases are especially dangerous indoors, but dissipate relatively quickly in the surrounding air," he told DW.

He said that potential irritant gases in the smoke cloud may cause severe respiratory distress, and that depending on the burning compounds, fine dust and other substances could spread over wide areas and contaminate soils and plants.

What caused in the blast?

According to the site operator, Currenta, the blast occurred in the storage area of a hazardous waste incinerator, where production residues are collected and disposed of.

Frank Hyldmar, Currenta CEO, told a press conference that it was too early to say how the blast happened. The site is being prepared for investigators.

How many people died?

"Unfortunately, we have to assume that we will not find the five missing people alive," Hyldmar said.

Four of those missing were Currenta employees and one was an employee of an external company. He expressed his condolences to the relatives.

He said 31 people were injured in the blast, at least one of whom was seriously injured. 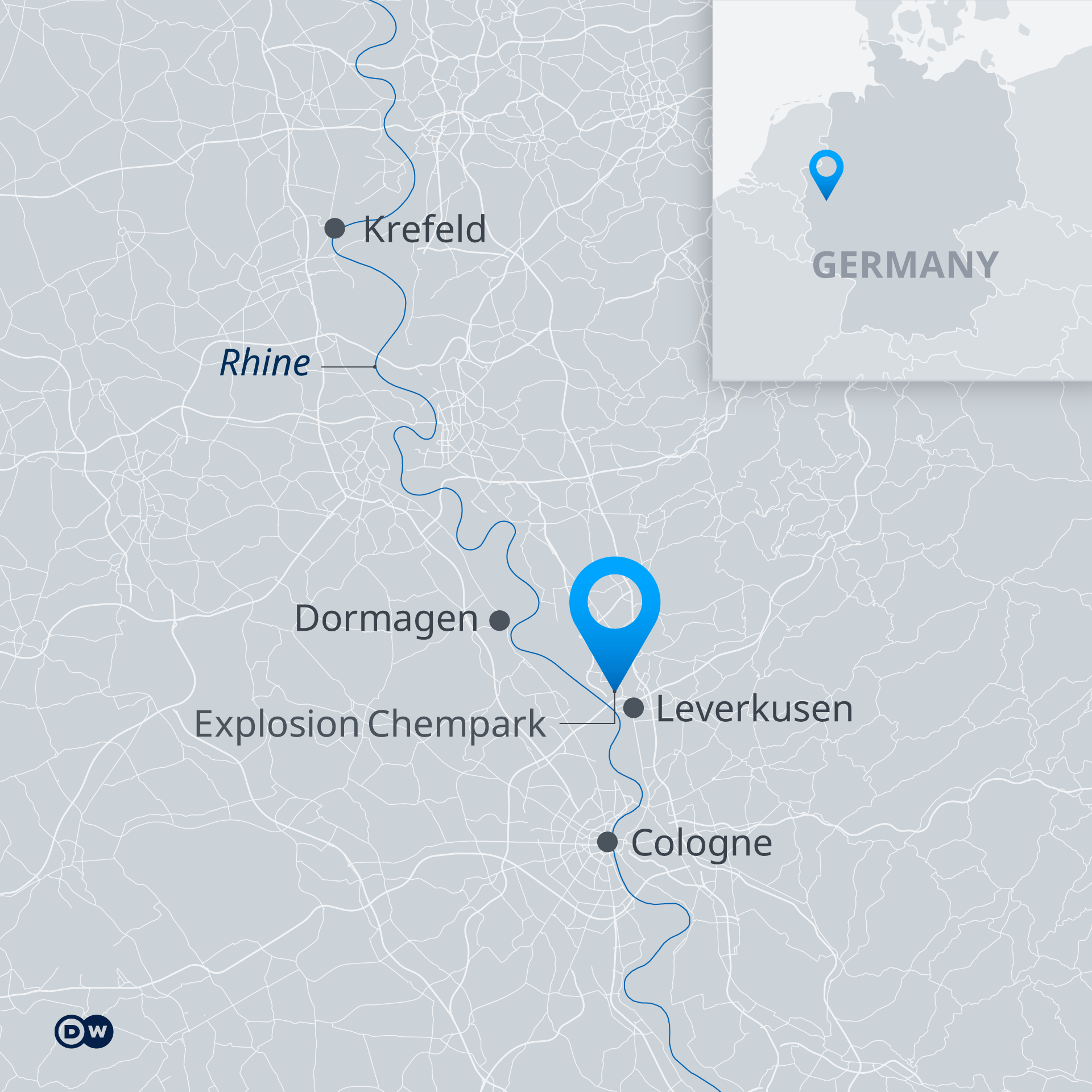 The blast occured at a Leverkusen chemical park in western Germany

Will anyone be prosecuted?

The public prosecutor's office announced on Wednesday it has opened an investigation into the affair.

The investigation into persons unknown is based on a suspicion of involuntary manslaughter and negligently causing an explosion.

A spokesman said they were trying to determine whether human error led to the explosion.

An investigation group was also set up by police in nearby Cologne.

Access to the site is still limited, and surveys were being carried out by drone.

Two unrelated chemical factory blazes, near Italy's Venice and in northern Germany, have triggered local alerts and left several people injured. Italians were told to stay inside but airborne toxins were deemed minimal.