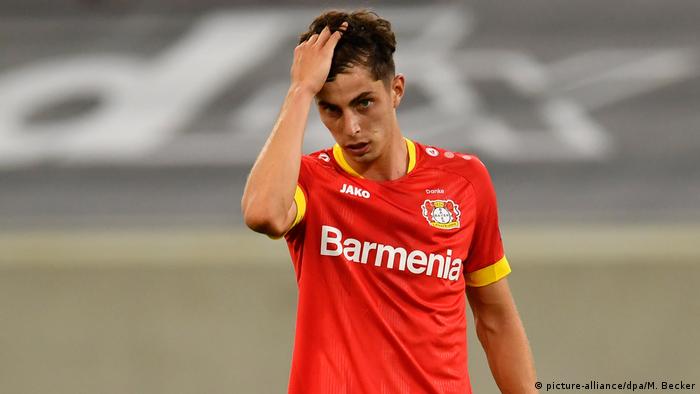 Kai Havertz finished Leverkusen's season wearing the captain's armband and with a goal to his name. But his side's 2-1 loss to Inter Milan at the quarterfinal stage could signal an end to his time at the Bundesliga club.

It was a lackluster first-half performance which sealed Leverkusen's exit as they were sluggish in possession and failed to press their opponents effectively. Goals to Nicolo Barella and Romelu Lukaku were enough to seal victory for the Italian club and they could even have won more handsomely with a number of spurned opportunities.

For Havertz it was a frustrating night, despite scoring to bring the score back to 2-1. He was inches from connecting with a Leon Bailey cross in the second half as Leverkusen fought hard, but based on the 90 minutes Inter Milan were far the superior team.

With Champions League football now out of the question for next season, it will prove a tough ask for Leverkusen to convince Havertz, one of Europe's brightest young talents, that his future remains at the club.

Inter, who finished second in Serie A, were stronger, quicker, and far more creative in their bursts forward. Lukaku caused all sorts of problems with his clever hold-up play and brutal strength. His work in the build-up led to Barella's opener on 15 minutes and he doubled Inter's lead six minutes later after swatting aside the attentions of Edmond Tapsoba. 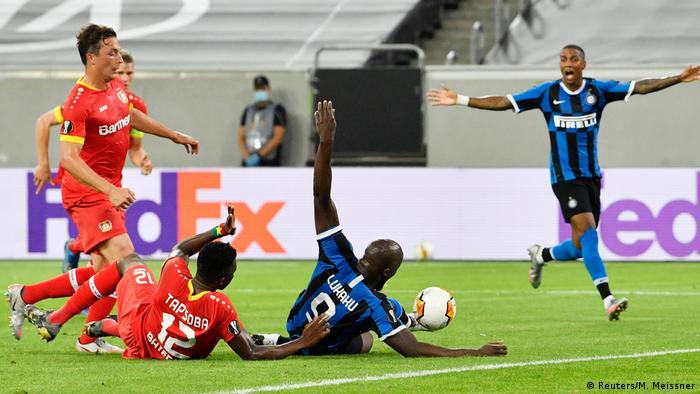 This was the performance of a Champions League level team and it showed just how far behind Leverkusen are from competing with the best in Europe. Their midfield trio struggled to match Inter in the middle of the park, their decision-making was poor, and Lukas Hradecky was forced to make a number of top-class saves.

It was not the kind of performance to convince Havertz that his future lies in Leverkusen. The club looks on the right track under Peter Bosz, but with some way still to go, Havertz will have to decide whether he wants to play a starring role in a developing team or move on to feature in club football's biggest showpiece.

Lure of the Premier League

Chelsea appear clear frontrunners for Havertz's signature and can offer the promise of Champions League football next season. With Germany teammates Timo Werner and Antonio Rüdiger already on the books, it looks like a suitable fit for the 21-year-old.

Losing Havertz, who has been at the club since the age of 11, would be a massive blow for Leverkusen and Bosz, but with an expected windfall of €100 million they could reinvest wisely to continue the team's progression.

With or without Havertz, it's clear that Bosz needs to go back to the drawing board as he aims to turn Leverkusen into a Champions League club. It will just be a far tougher task if their star man decides his future lies elsewhere.