Perennial bridesmaids Leverkusen have a long history of finishing second best. But Peter Bosz’s side now have a chance to end their trophy drought in Saturday's German Cup final. 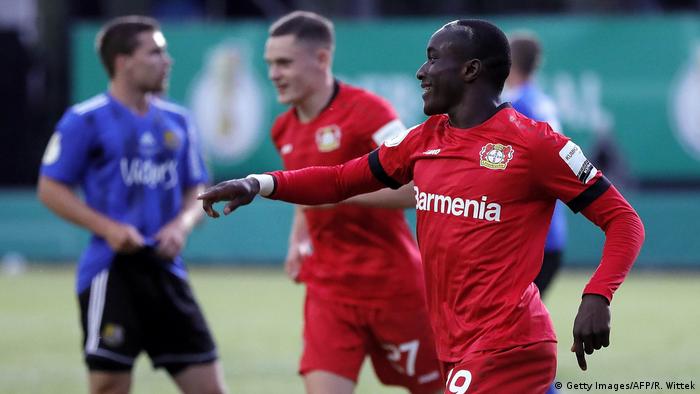 Most German football fans will be familiar with the "Neverkusen" tag that Bayer Leverkusen have carried around with them since the turn of the century.

Runners-up in the Bundesliga four times in six straight seasons, they concluded the last of those second-place finishes in 2002 with losses in both the Champions League and German Cup finals.

The trifecta of disappointments has haunted them ever since.

It will have been with some relief, then, that Leverkusen saw off fourth division side Saarbrücken with a comfortable 3-0 win in the German Cup semifinals last month.

"Every athlete dreams of competing in a final. I'm really up for it and so is the team," Kerem Demirbay said postgame.

Demirbay's dream will become a reality on Saturday when the "Werkself" face league champions Bayern Munich in the German Cup final. The game represents a massive chance for Leverkusen to defy their standing as the Bundesliga's perennial bridesmaids and end an almost 30-year wait for silverware.

This final will be just as much a test for coach Peter Bosz and his trophyless career as it will for his team.

The Dutchman's unfaltering love for high-tempo, high-pressing football inspired Leverkusen's 2-1 victory over Bayern back in November. Though he couldn’t repeat the feat in the return fixture, where Hansi Flick’s well-oiled machine beat Leverkusen at their won game in a 4-2 victory.

Bosz, having struggled to impose his tactics in his time in charge of Borussia Dortmund, has often been dismissed as a one-trick, attack-obsessed entertainer. 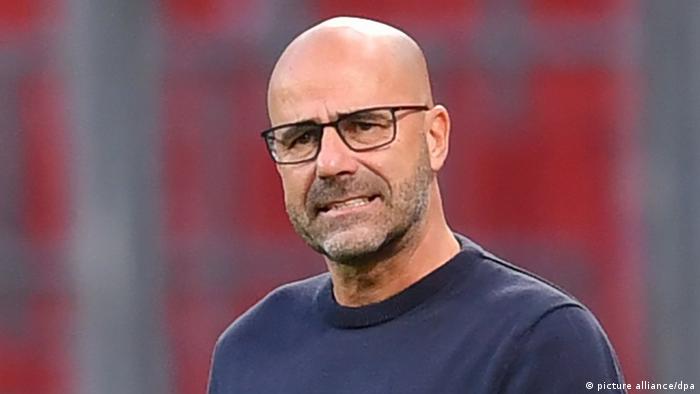 Peter Bosz is yet to win a trophy as a coach

He failed to steer Leverkusen towards Champions League qualification this season. Though it was an extraordinary tussle — the club’s points tally of 63 would have been enough in each of the past 15 campaigns.

Despite that disappointment, a German Cup victory would prove satisfying vindication for Bosz’s progression at the club.

With recent signings Nadiem Amiri, Kerem Demirbay, Moussa Diaby, and Edmond Tapsoba finding consistent form and a squad boasting depth across the pitch, it's an exciting time for Leverkusen.

Though they missed out on next season's Champions League by finishing fifth in the Bundesliga, they are among the favorites to win the Europa League when it resumes in August.

Budding star Kai Havertz could soon be out the door, however, with a number of top European clubs, including Bayern, showing interest.

Leverkusen have maintained they will not accept a coronavirus discount on the transfer market, but reports in May suggested Chelsea are leading the chase with an €80 million ($90.9 million) bid.

Almost 30 years later, they're in a great position to lay down a marker for a club that often suffers ridicule for its non-traditional origins and the team's bad luck when it comes to clutch matches.

Turning the Neverkusen legend into a myth would be a crowning moment for Bosz, especially if he were to prevent the Bavarian giants from winning a second consecutive domestic double.

After a drawn-out transfer saga, Leroy Sane's move from Manchester City to Bayern Munich is imminent. While that's a blow to the rest of the Bundesliga, recent history shows it will help Germany ahead of Euro 2021. (01.07.2020)

Frank Schmidt is one of Germany's great coaches, but few know about the Heidenheim head coach. With the Bundesliga within touching distance, that might be about to change. (30.06.2020)