UN agencies have voiced concerns over "dire" shortages in vital supplies in Beirut following the explosion that left thousands injured and hundreds of thousands homeless. They have pledged to deliver vast amounts of aid. 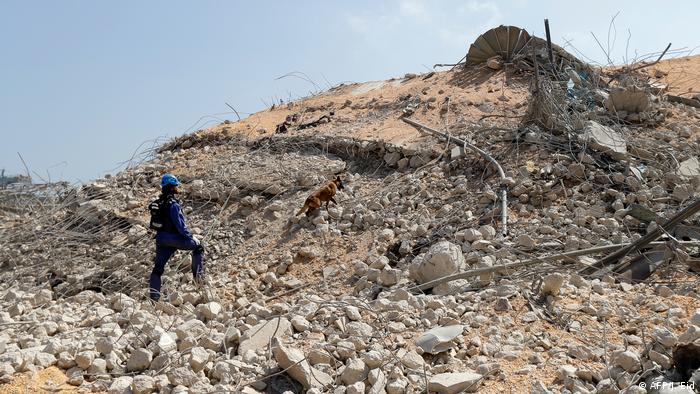 The UN described the situation in Beirut as "really dire" on Friday as hundreds of thousands of people face the prospect of a lack of housing, food and adequate medical supplies following the deadly explosion that rocked the city on Tuesday.

The death count rose to 154 Friday morning as rescuers continued to search through rubble, with hopes fading for more survivors. At least 5,000 people were injured in the blast at the port of the Lebanese capital, but even those physically unscathed are facing life-threatening challenges.

A representative of the UN's Food and Agriculture Organization told Reuters news agency that the large silo at the port which was destroyed in the explosion was the "only major grain silo" in the country. The destruction of the 120,000-tonne capacity structure and disabling of the port, where Beirut receives much of its imported food including most of its wheat, spells disaster for Lebanon's food supply.

"The WFP stands ready to offer supply chain management and logistical support and expertise to Lebanon," a spokesperson for the Geneva-based agency said Friday.

Health equipment lost in the blast

The World Health Organization (WHO) warned that the healthcare system in Lebanon is also facing huge issues.

The UN agency announced that some medical equipment has been relocated from affected areas in Beirut but at least 10 containers of personal protective equipment (PPE) were destroyed. The WHO has pledged new orders of medical equipment, including those that are vital in countering the coronavirus pandemic.

Hospitals in the Lebanese capital were overrun in the hours directly following the blast with victims of the explosion, with medical staff putting out emergency calls for blood donations. 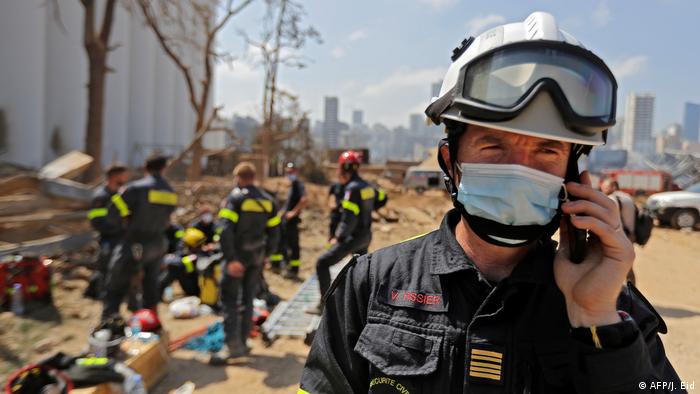 France was among the first countries to send aid to Beirut

UNICEF, the UN's children's agency, says up to 100,000 children have been left without housing by the blast which destroyed much of the city. Hundreds of thousands more may be homeless.

Meanwhile, the UN's agency for refugees said there was a desperate need for shelter for those affected by the blast. Lebanon already hosts millions of refugees from countries like Syria.

The destruction has affected at least 12% of Beirut’s population and has lead to protests and Lebanese people demand accountability from their government. Lebanon was wracked by economic and financial woes even before the coronavirus pandemic ravaged the country's economy.