Darine Tarraf was on the other side of Beirut when the blast hit. She was able to reunite with her family, but their home was destroyed. People across Lebanon have opened their doors to the thousands left homeless. 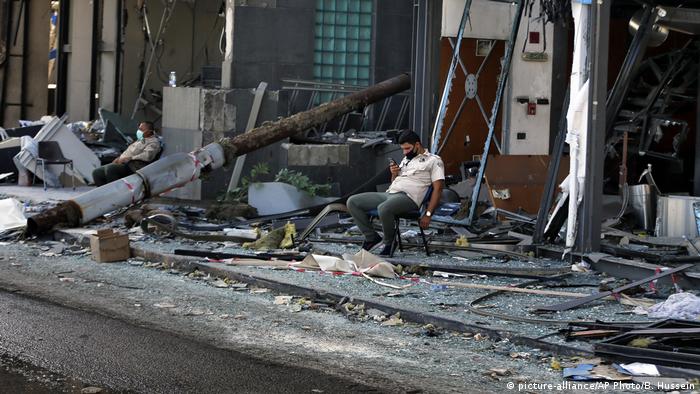 Darine Tarraf was in west Beirut when what was one of history's biggest nonnuclear explosions ripped through her city on Tuesday. Her three children were at home alone in the eastern suburb of Achrafieh, only 2 kilometers (1.2 mile) from the site of the explosion.

The glass windows of the room that Tarraf was in shattered inward. "There was a huge boom," she said. "The building shook to the left and right, and we were bounced around between the walls like a ball. Then: no electricity, no internet, no connection. I called my children. No one answered. No connection."

"In one minute, everything fell apart," Tarraf said. "I don't know how to describe it."

After rushing back through the destruction to pick up her children, Tarraf found their home in ruins. She was at a loss as to where to go. "I'm very scared to go to my home," she said. "There's no windows, no doors."

Tarraf and her two daughters and son survived unscathed, but more than 135 people died and thousands more were injured. One man was recovered from the sea on Thursday, after being blasted into the water and surviving for more than 30 hours, media report.

In the hours after the blast, Wajih Chbat offered up his hotel in Bcharre, 100 kilometers northeast of Beirut, on social media. Hundreds of others like him have opened the doors of their homes, schools, monasteries and hotels to an estimated 300,000 who are now homeless, using the hashtag "OurHomesAreOpen."

But Tarraf didn't have the $130 (€110/1 million lira) for the taxi — an astronomical figure now that runaway inflation has reduced Lebanon's currency to a fifth of its value. Last year 1 million lira was equivalent to about $700.

Coincidentally, Chbat told DW, "a guy called me and said: 'I saw your number, I don't need help, but I have my car and I am ready to bring anyone to your place for free.'"

Chbat said about 60 people were staying in the 48 rooms of his hotel, where he also provides food. "A few of them left and I'm expecting more," he said. "Every day there are people calling."

"Wajih, he has opened his door," Tarraf said. "Otherwise, where could we stay? We would be on the street."

Chbat has hosted two heavily injured people. One woman complained of pain after arriving and was soon found to have stones and glass in her wounds and a fractured cranium after going to a local hospital.

"The other one, I cannot tell you how his face and whole body was," Chbat said. "[He was like] a kind of teddy bear held together by many stitches. ... It took them hours to fix him." That man quickly returned to Beirut for fear that his building might be stolen from, Chbat said.

Multiple nongovernmental organizations are providing relief. Some of the more reputable NGOs include the Lebanese Red Cross, Baytna Baytak (Our House Is Your House) and Humanity & Inclusion, which provides physical, mental and social services.

All of those NGOs accept donations. Tarraf warned that government agencies are not to be trusted.

"All my friends, my family say: Tell them, please, don't send money to our government," Tarraf said. "If you want to do something good, take us, we want to leave because it's not our country anymore." 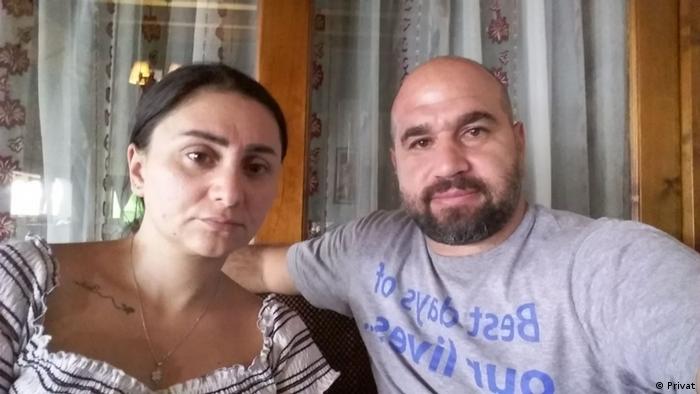 Though some people may stay at Chbat's hotel for a week or more, he and Tarraf worry about the immediate future. "Lebanese people are trying to help us, to fix our windows, our doors, to give us medical help, to give us food help. But I'm not in Achrafieh, and I don't know if they will come to our building, maybe they will," Tarraf said. "I'm not good. If you think like a mother, you are afraid for your children."

"Over the last two nights, I wake up at 4 a.m., and all the time I am thinking: tomorrow — but tomorrow, what?" Tarraf said. "What will we do? What is the future of my children? We don't know anything. We just ask why."

Tarraf and Chbat feel little trust for the government, whose negligence and corruption, they say, led to the tragedy. "If the government helped with just 1% of the money they stole, we wouldn't need anything," Chbat said. "But not one politician offered his house for the people. Do you expect them to give money? I don't think so."

"You reach the stage where you feel you have some stability, work is going well and suddenly out of nowhere, because of something very stupid and ridiculous, you go back below zero," Chbat said. "Of course I'm angry, but it's more sadness."

Caught between anger at the political elite and the potentially violent fallout that challenging it may cause, many feel at an utter loss. "Just because we are Lebanese, we don't have a future, we don't have work, nothing," Tarraf said. "Nothing."