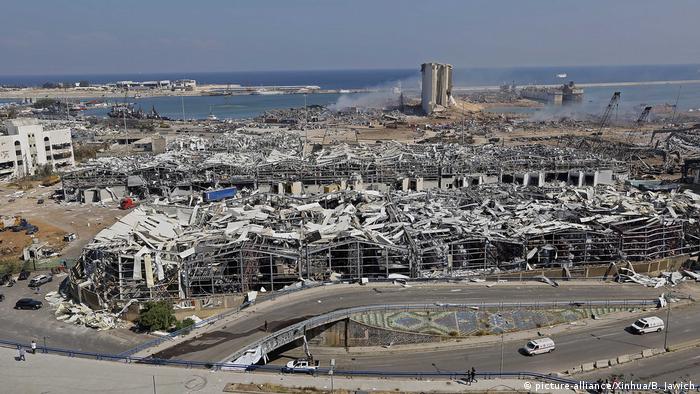 The European Union offered preferential trade to Lebanon on Thursday as the Middle Eastern country's state and central bank face financial meltdown in the wake of the port explosion in Beirut.

European Commission President Ursula von der Leyen said the bloc was ready to step in to aid Lebanon with preferential trade and customs backing. She made the announcement after a phone call with Lebanese Prime Minister Hassan Diab in which von der Leyen pledged €33 million ($39 million) in emergency aid.

"The Commission stood ready to explore how to boost our trade relations in this challenging time, in particular in the form of further preferential trade and customs facilitation," von der Leyen said in a statement.

The EU has already sent more than 100 firefighters and a military vessel for medical evacuation to the Lebanese capital.

This assistance appears imperative at a time when the Lebanese state and central bank have "very limited" financial capacity to cope with the impact of the explosion, its economy minister said.

Raoul Nehme told Sky News Arabia: "The capacity of the state is very limited, and so is that of the central bank and the banks. He added: "We're not swimming in dollars."

He said working with the International Monetary Fund was the only way out for Lebanon, which was already wrestling with a dollar crunch and financial meltdown before Tuesday's blast.

Macron, who is the first foreign leader to visit the Lebanese capital since the port warehouse explosion, said: "I want to organize European cooperation and, more broadly, international cooperation."

The French president will only stay for a few hours as he surveyed the port in its current state. He also met with the country's top officials.

France has long sought to support its former colony and is sending emergency aid, but diplomats say it has become increasingly concerned about corruption, while pressing for reforms for some time. 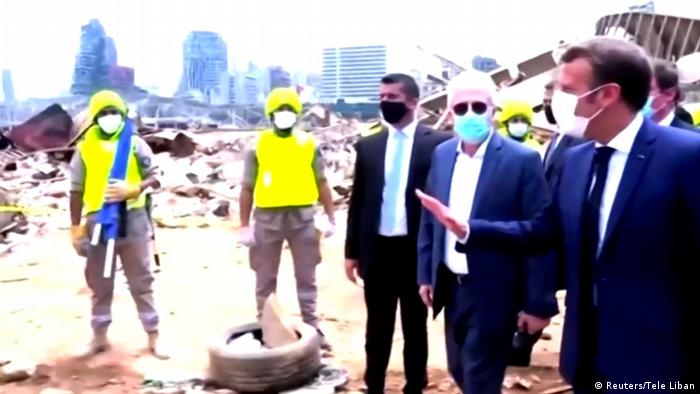 French President Emmanuel Macron visits the site of the explosion that killed at least 137 people and wounded some 5,000 others

The International Committee of the Red Cross spokesperson, Rona Halabi, said in an interview with DW that the humanitarian organization were looking into ways of facilitating the movement of goods coming into the country, hoping to use other ports, though recognizing those import areas have a limited capacity.

Halabi also feared for the long-term ramifications on Lebanon's already buckling economy, with a potential return of the unrest witnessed last year.

"We're talking about protests that happened in October and economic crisis, dire economic conditions," she said, before adding that the country's "health system is already stretched because of the COVID-19 pandemic."

An explosion ripped through the port in the Lebanese capital and up to 300,000 people are now homeless. Rescue teams are searching through the rubble for survivors. Follow DW for live updates.

Germany has sent dozens of search and rescue specialists; Qatar sent mobile hospitals, generators and burn sheets. Investigations continue on why a huge stockpile of volatile chemicals was left in the port for years.