Following the blast that devastated Beirut, German Foreign Minister Heiko Maas confirmed Germany is sending aid, but he says there needs to be a "desire for reform" among Lebanon's elite to avoid escalation of tensions. 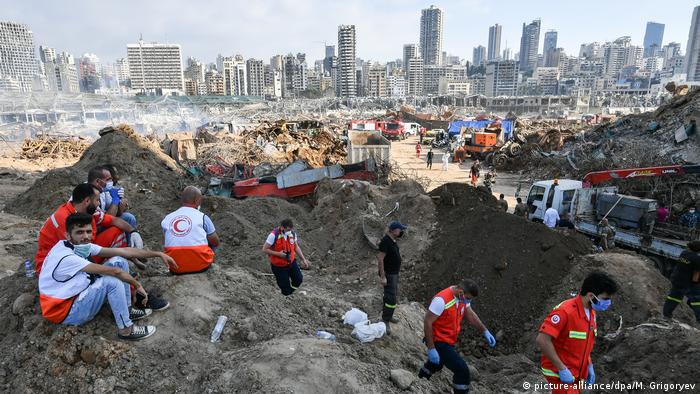 "No country can overcome a catastrophe like this alone," Maas told German newspaper the Saarbrücker Zeitung,  mentioning the aid from Germany and the European Union that is already flowing into the Middle Eastern country.

"In the European Union and internationally, we need to consider how we can provide help," he said. He also expressed criticism of the Lebanese government’s management of the country that many say led directly to the storage of dangerous chemicals that apparently led to the blast.

"In Lebanon the political leadership have not yet succeeded in passing the urgently needed reforms in the economic and financial sectors," he said, adding that reform among the political classes of the country was not possible only from outside forces.

"There needs to be a real desire for reform [from the country's leadership]," he said. 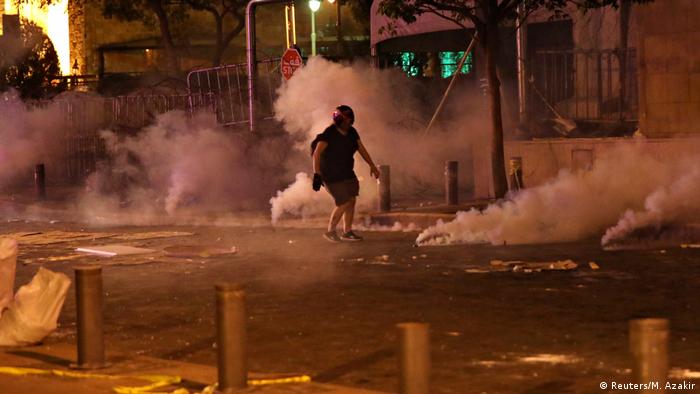 Protesters return to the street

Maas also pledged further "fast, targeted and unbureaucratic" aid from Germany to help clear up the devastation. The German Red Cross has already sent money and a team to help in the direct aftermath of the disaster. The German embassy in Beirut was among those buildings partially destroyed in the blast and one embassy worker died.

As rescue efforts continued to find survivors under the rubble on Friday morning, a small group of protesters took to the street once more, calling for justice from the government. Critics say corruption and incompetence at the highest levels in Lebanon was at the root of the blast.

Tens of thousands of people have also signed a petition calling for France to take control of Lebanon for ten years.

Dissatisfaction has grown in recent years owing to a large-scale economic crisis, which was exacerbated by the coronavirus pandemic.