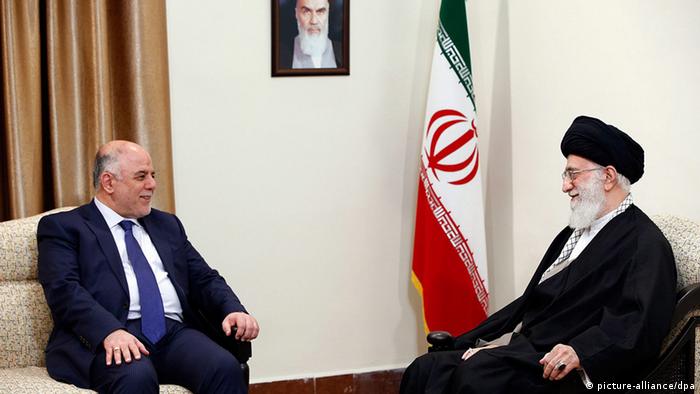 Leaked documents, published on Monday, revealed how Iran has asserted its influence over Iraqi affairs in recent years.

The information was contained in a trove of secret Iranian intelligence cables obtained by online news publication The Intercept and shared with US daily The New York Times.

Key findings of the reports

The New York Times and The Intercept said they had verified about 700 pages of reports received from an anonymous source. The source had said they wanted to "let the world know what Iran is doing in my country Iraq."

Unrest in both countries

The leaked papers come after growing anti-Iran sentiment expressed by protesters in Iraq, where more than 300 people have died since the unrest began at the beginning of October.

The demonstrations in Iraq have exposed long-held resentment at what citizens feel is neighboring Iran's interference in the running of their country. As a result, Iraqis have targeted Shiite political parties and militias with close relations to Tehran.

The leak also comes at a time of deadly protests in Iran itself after the government's decision to raise gasoline prices by 50%.

The IS attack on a Sufi shrine in Pakistan shows once again the group's indiscriminate choice of targets. The roots of Islamist fundamentalism must be tackled to rid the country of terrorism, says DW's Kishwar Mustafa. (13.11.2016)

A surprise decision to ration fuel and raise prices by 50% has led to long queues at gas pumps and protests around the country. President Rouhani argues the move is for the good of the people. (16.11.2019)

Iran and East Germany: Life in a dictatorship explored in 'Tomorrow we are free'

An amazing debut: In "Tomorrow we are free," Iranian director Hossein Pourseifi — who has long lived in Germany — connects life in his home country to communist East Germany. (14.11.2019)