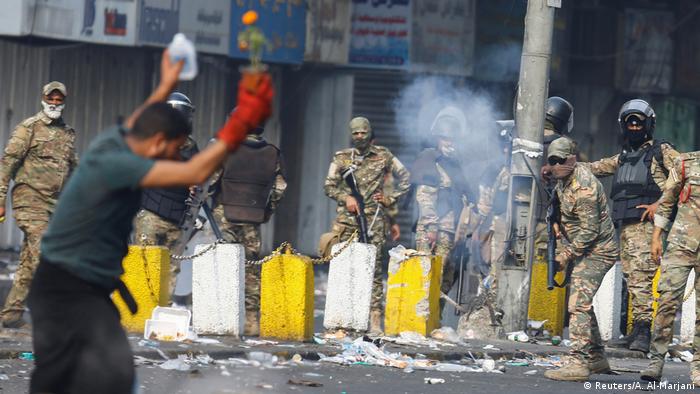 Iraqi security forces killed at least four people and injured more than 50 others on Thursday.

They used rubber bullets, tear gas, and live rounds to disperse hundreds of protesters gathered in central Baghdad, according to medical and security officials.

Three demonstrators were killed in Tahrir Square when tear gas canisters struck them directly in the head Thursday morning. A fourth died later in a hospital from wounds sustained from a stun bomb.

Read more: Zahraa Ghandour: 'It's always the right time to talk about freedom'

The military-grade tear gas canisters are 10 times heavier than regular grenades and are capable of piercing the skull.

Amnesty International reports that the victims suffered "gruesome wounds and death after the grenades embed inside their heads." 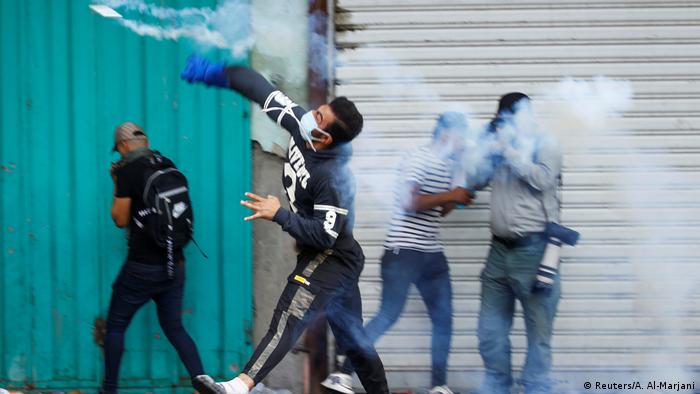 Police and medical sources report that over half of the wounded suffered injuries from live ammunition.

Protests also took place in other Iraqi cities on Wednesday and Thursday. Protesters set fire to a local official's house in the town of Gharraf late Wednesday evening.

For more than six weeks, protesters in Baghdad and southern Iraq have demonstrated against widespread poverty and corruption in the country. Over 300 people have been killed since protests began on October 1.

Prime Minister Adel Abdul Mahdi has offered concessions, including new elections and government subsidies. But protesters are demanding a complete overhaul of the government.

Despite being home to valuable oil reserves, most Iraqis live in poverty, without adequate access to education, clean water, or job opportunities.